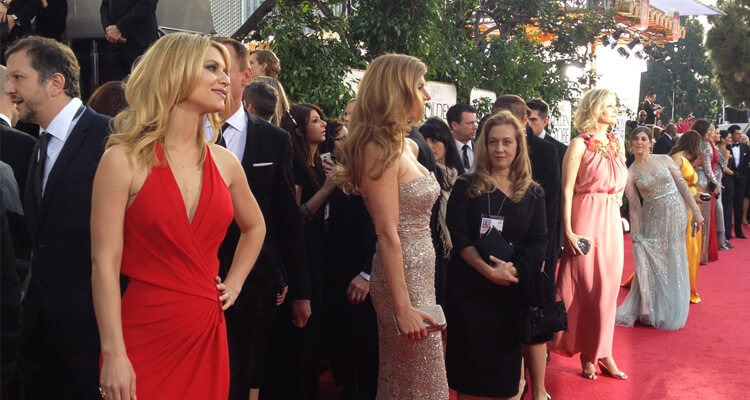 THE INDUSTRY GETS (OVERLY?) POLITICAL AT THE 75TH GOLDEN GLOBES

Last night was the 75th edition of the Golden Globes; precursor to the Oscars and the beginning of award season.

Some of the big winners were The Handmaid’s Tale for Best Drama TV Series, Sam Rockwell (Three Billboards Outside Ebbing, Missouri) for Best Supporting Actor in any Movie, Rachel Brosnahan (The Marvelous Mrs. Maisel) for Best Actress – Television Musical or Comedy, Elisabeth Moss (The Handmaid’s Tale) for Best Actress in a TV Series – Drama, Sterling K Brown (This is Us) for Best actor – television drama, James Franco (The Disaster Artist) for Best actor – musical or comedy movie, and Coco for Best Animated Movie.

Everyone was waiting to see how the issue of sexual harassment would be handled. Who would decide to wear black (and who wouldn’t)? And how would Seth Meyers approach the subject in his monologue?

Well, Seth Myers killed it. His opening monologue was one of the better ones I’ve heard in a long time. I don’t usually like Seth Myers’ humour, it’s dry and I don’t usually get his jokes, but he delivered in tackling both sexual harassment and Donald Trump, and was actually funny while doing it.

But after that the whole thing went a bit south for me. There were so many speeches, jokes and sly remarks tackling the topics of sexual harassment and inequality, they actually diluted the power of some key moments.

The industry came together in wearing black in protest. Oprah offered a powerful and empowering speech that the world is still talk about, a rallying cry for both women and men in the industry (I’m now convinced she’s running for President). Geena Davis and Susan Sarandon, also known as Thelma and Louise, reunited as presenters. But halfway through the show it just felt like overkill, which, in my opinion, runs the risk of undermining the cause and message.

It’s time for a culture change in Hollywood. Women in Hollywood deserve to get paid for doing the same work as their male counterparts, and men in positions of power shouldn’t be able to say and do as they like when it comes to the women they work with. But in the case of the 75th Golden Globes, I wonder if those who tuned in eventually tuned out.