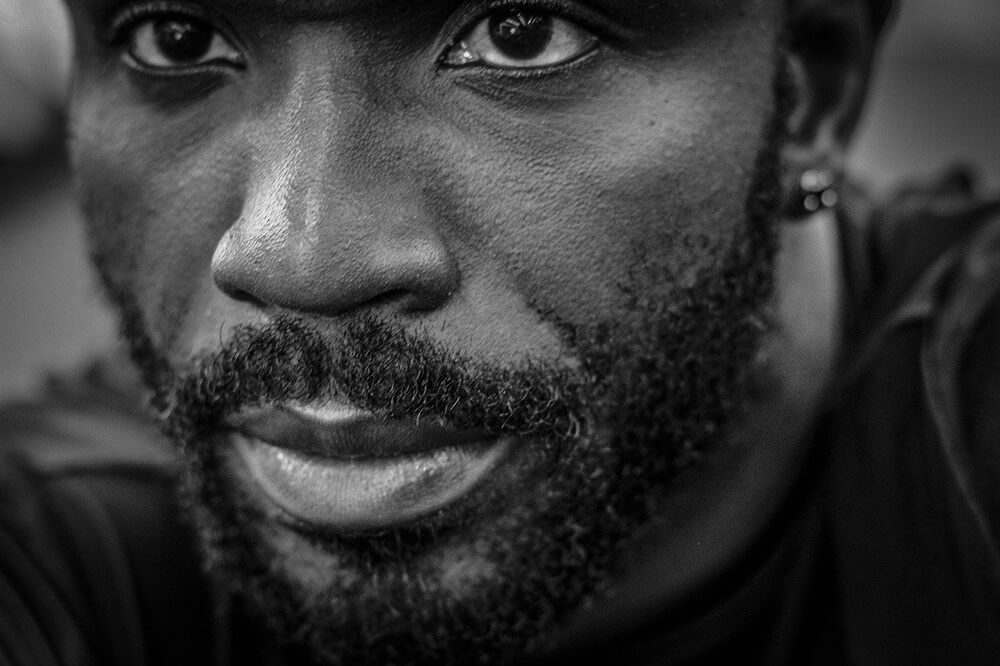 If I’m honest, I’m sometimes jealous of the LGBT community. During Pride Month, I walk through the shopping malls and I see Pride displays and rainbows. I see big corporations getting in on the festivities. You rarely, if ever, see that for Black History Month. All I see is tokenism and the bare minimum. Even schools barely celebrate it. A few years ago, my wife asked my son’s teacher what she was planning for Black History Month. She looked back at my wife with a blank stare. She ended up doing something, but only because my wife asked. I could be wrong, but from my perspective, when I look at society’s efforts to embrace the LGBT community, I don’t see tokenism; I see a genuine effort to celebrate them. Meanwhile, outside of the government, I don’t get the sense that people really care whenever February rolls around. It’s like when someone important dies or there’s a special occasion and you feel obligated to post something on social media even though you don’t really care. That’s Black History Month for a lot of people.

But if I’m honest, we as Black people aren’t doing everything we can to celebrate Black History Month either. Perhaps it’s because many of us see past the bullshit or because we feel overlooked the other 11 months of the year and the love doesn’t seem genuine.

When you talk to some people about the issues still facing Black people today the response is, “Well, look at Obama” as if that’s a sign that we’ve arrived. Meanwhile, Toronto, one of the most multicultural cities in the world, has had only one Black city councillor, and very few “minorities”, for the past 17 years.

A win for me is no longer Black people simply being able to access opportunity or positions of power; it’s being able to do so without having to become a version of ourselves that’s acceptable to other people or that isn’t authentic to us. Case in point, back when I was still working on Parliament Hill, I decided to grow an Afro as was my custom during the winter months. I was eventually told by another Black person in a position of authority to cut my hair because it wasn’t acceptable. Something is off when a fellow Black person is offended by your natural hair. We’ve been conditioned to not accept ourselves for who we are. Comb through news headlines from the past few months and you’ll see stories of students being forced to cut their hair in order to graduate from high school or compete in athletic competitions.

The conversation needs to evolve beyond equality. Equality is a student being able to attend the same school as everyone else; true integration is them being able to do so without having to change who they are.

My experience with racism here in Canada started when I was 10 years old growing up in Toronto. One morning my family and I were driving on highway 401 on the way to school. There was a big traffic jam and we were barely moving. All of a sudden the man behind us got out of his car and started banging on our car with his fists. “Where did you learn to drive you fuckin’ niggers?” as if the traffic jam was our fault out of all the cars on the highway. Imagine being 10 years old and having a man banging on your window yelling racist slurs at you.

Then in university, I once went to the bookstore to buy my books and literally had three staff members follow me around the store. When I was about to leave I had staff members ask to check my bags. I was a churchgoing, born again Christian who hadn’t stolen anything since those five cent candies from the grocery store when I was a little kid. Since then I literally feel guilty almost every time I go into a store. It was subconscious, but I finally realized it a few years ago. I go overboard trying to show people I’m not stealing. I rarely put my hands in my pockets when I’m shopping and I rarely make eye contact with security.

Then we moved to Ottawa and the experiences continued. Two years ago, my wife and I were driving through a nice neighbourhood to get our baby to sleep and were stopped by the RCMP. Before the officer approached the car, a big RCMP truck came speeding down the street towards us. I thought, “There’s no way they called that truck for us”. They did. After running our plates and asking us questions, they said they only stopped us because our tail light was out. Really? This isn’t a one off experience. According to data released by the Ottawa Police Service, Muslim and Black youth are two to three times more likely to get stopped by the police as other races.

Prior to that I had a conversation at church with a group of 30 and 40 year old Black men about our relationship with the police. We were all Christians, fathers and husbands. All of them talked about their experiences of being stopped for no reason and their discomfort with the police to this very day. At the time I had no story to share. Now I do.

I can go on. I’ve gone to political events and had people look at me like I’m dirt. I’ve had a cashier refuse to put my change in my hand because they didn’t want to touch my hand. I’ve had a cashier at Tim Hortons refuse to serve me before laughing at me with her co-workers. I had a man call me a “monkey” last year when I was picking up my co-worker near Blair and Ogilvie in Ottawa. A week later that same co-worker was called a “gorilla” while waiting for a bus in that same neighbourhood. Unfortunately, this is the other side of Canada we don’t like to talk about.

Reasons to be optimistic

Now, it’s not all doom and gloom. There have been some pleasant surprises along the way.

Last year, I was at Walmart at the Trainyards in Ottawa. As I was walking near the front of the store, an old, frail white lady in a wheel chair smiled at me and waved. I looked around to see if she was waving at someone else. No, she was waving at me. Immediately I got emotional and almost started to cry. I contemplated going to the bathroom, but I pulled myself together. This old vulnerable lady who I wouldn’t have blamed for being intimidated by me, took the time to greet me with a big smile and wave. I wasn’t wearing a suit. I wasn’t clean shaven. I looked “urban” and had a mean look on my face because my kids were getting on my nerves. It was at that moment that I realized how unaccepted, unliked and unhuman I often feel as a Black man and why, as a result, we often have a rough exterior. What kind of world would it be if more people were like this old lady? Looking at a Black man’s rough exterior and choosing to extend kindness instead of fear?

To some of you I may sound angry; I’m not angry, I’m just tired. I’m tired of people pointing to Barack Obama to disprove the fact that a lot of Black people are still struggling. I’m tired of having to act all smiley and bubbly when I’m in an elevator with people so they won’t feel scared. I’m tired of putting on a suit and getting all cleaned up only to have people still see me as a nigger. I’m tired of churches saying they love people, and getting passionate about human trafficking and abortion, while being silent on issues facing people of colour. Shoot, I’m also tired of being called “people of colour” or “visible minorities”. I’m tired of big film and television studios still being hesitant to tell Black stories when our culture is driving pop culture in North America. I’m tired of Black accomplishments being considered “Black History” when they should just be history, period. I’m tired of looking at Canadian television, including the news, and barely seeing people that look like me. I’m tired of clothing brands putting out racist designs and then saying, “Oops, we didn’t know”. I’m tired of people not understanding that although slavery was abolished a long time ago, there are still some emotional scars left behind.

In my opinion, the big problem isn’t overt forms of racism. Although they stung at the moment, I’m actually not scarred at all from the overtly racist acts I’ve experienced.

The real problem is prejudice. We chalk up way too many things to “hate” in today’s society and have made that the enemy. As a result, we tend to think we’re okay if we ourselves don’t overtly hate other groups, but it’s possible to not hate but still have prejudices that are harmful to others. It’s possible to not hate, but still be totally oblivious to the realities other people are facing everyday.

Our prejudices are based on the lens through which we see the world around us―black, white, young, old. We need to realize that we don’t all see and experience the world the same way. The more I watch the news and sit in meetings with predominantly white people is the more I realize that a lot of what we experience everyday is shaped by that perspective.

As a result, for many Black people the answer is for our community to set up our own banks and institutions and to be self-sufficient, but deep down, I don’t think any of us really want that. That’s just a response to feeling rejected. If you ask around, I’m sure a lot of Black people, in an ideal world, don’t even want a special month. The only reason we have one is because as a society we continue to do a crappy job of truly embracing Black people the other 11 months of the year, whether it’s in the school curriculum, the TV and film industry, or representational government.

So this Black History Month and beyond, please stop with the rebuttals when we talk about the Black experience and just listen, and try for a moment to see the world as we see it and you may find it can be a pretty unwelcoming place. 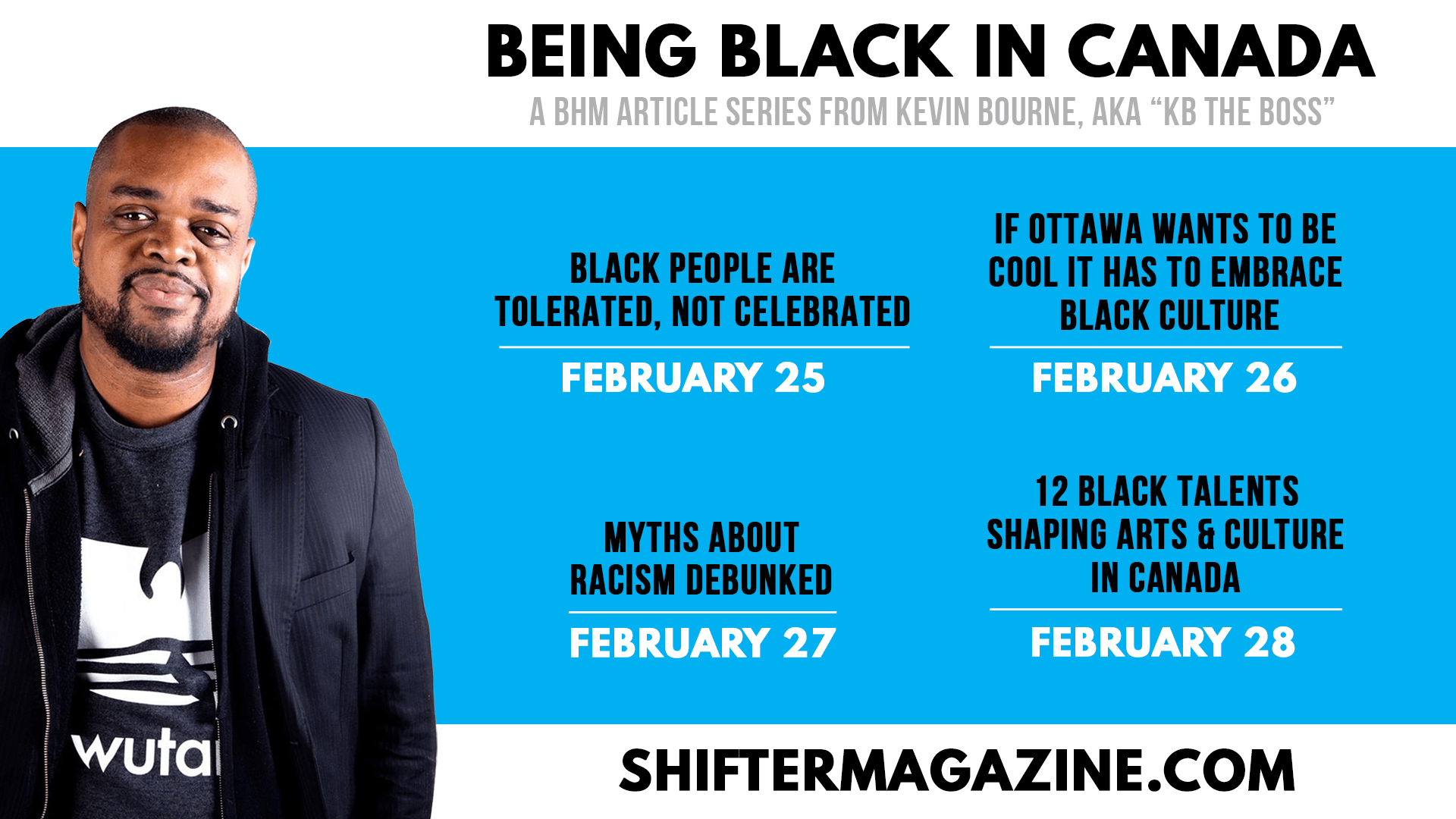