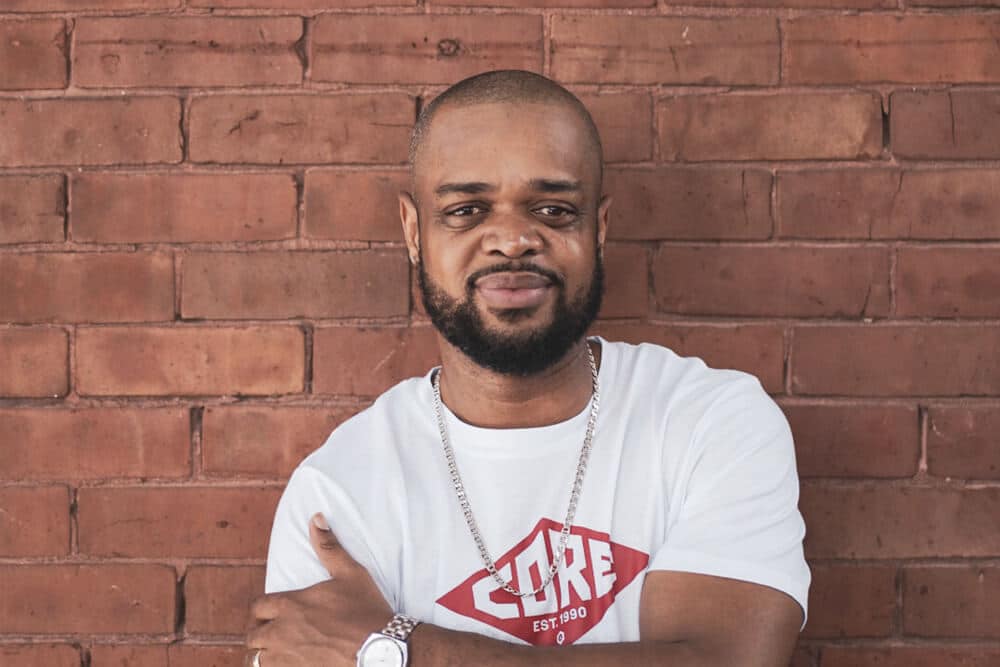 This may come across as somewhat insensitive in light of everything that has happened this year, but 2020 has been the best year of my life, both in my personal life and at SHIFTER.

We appeared on national television for the first time with CBC News Network. We got to be on media calls with Kevin Hart and Tyrese Gibson. We interviewed one of the stars of the BET show Twenties. We sat on a celebrity panel with Vic Mensa, Hill Harper and Sakiya Sandifer. We started to work with some of the major record labels, and had some very impactful local partnerships.

I’m thankful for everything that happened this year, but I’m not satisfied. People may look at everything we’ve done so far and think we’ve done big things, but in my eyes, it was just practice (or training camp). Deep down I’ve been saying the same thing all year – “I’m ready for the big leagues”. That’s what 2021 is in my eyes – it’s our call up to the big leagues and 2020 was our time to get ready.

As a result, in recent months I’ve set a high bar for SHIFTER. My goal is to be considered one of the best companies in Canada – “The Shopify of media” – and I want to do it from Ottawa.

For a while we were simply known as a local music blog, but that was never our goal when we first started SHIFTER. That’s actually why we started it in the first place. When I first moved to Ottawa from Toronto, all the media I saw was local and I felt that as the capital city, Ottawa should be home to a media outlet that spoke to Canada and the world. I wanted to help Ottawa go from being just a political capital to a cultural capital, and bring that “big city” media vibe you see in Toronto and New York.

Initially, our primary audience was in Los Angeles, New York, London, Toronto and then Ottawa, but that bothered me. I never wanted SHIFTER to blow up and have Ottawa not know who we were. If we were going to blow up, we wanted to bring the city with us. So we decided to double down on serving Ottawa. We reviewed albums. We went to everyone’s events and shows. We worked with King Kimbit and 4theworld in starting Cap City Cyphers, the city’s first organized rap cypher series. We then founded and hosted the city’s first daily hip-hop morning show, The Morning Shift.

In recent years, we’ve successfully set down roots locally and have done some things that had never been done before (and that people thought would never happen), and now it’s time to do the same for Canada. If you could look inside my brain and see everything I want to do in this country you’d think I was crazy. If you could see me pacing back and forth in my kitchen in the middle of the night, you’d be like, “What’s wrong with this guy?” The answer is I’m hungry and I’m out to make history.

This is why we raised the bar in recent months when it comes to what we cover at SHIFTER. We’ve made it mandatory to submit a press release if you want coverage. That seems basic, but for some artists who have never done that before, it was still a leap.

It’s been amazing to see the response to these changes in our network. Almost all of the artists we’ve asked for a press release have submitted one (including the local ones), and most artists don’t even need to be asked anymore. To those artists, I say, “Thank you”.

From Community media to Commercial media

We’ve also started charging for some articles and behaving more like a business as compared to a community outlet.

As a result, my wife and I made a lot of sacrifices. In the height of SHIFTER being on the red carpet at the Junos and going crazy covering local music, my wife and I were in the welfare line to get social assistance and eating from the food bank. We hit rock bottom. I even walked to some of your shows and events. I’d see people talking on social media about SHIFTER being “The Money Team” not knowing we were dead broke. So to those who want SHIFTER to only cover local music, that’s not a viable business in a city like Ottawa. We tried and failed.

So in 2019, we started behaving more like a company. We had to. It was either that or we shut down everything. Then in 2020, we expanded our content to cover Black and urban culture across Canada, and the numbers don’t lie. When it comes to revenue, readership, and my family, we’ve never been as healthy as we are right now, and to do that I had to make what’s best for my company and family the priority.

Contrary to what some believe, it’s not the media’s responsibility to cover every artist and to fairly distribute coverage so everyone gets equal shine. It’s the artist’s responsibility to separate themselves from the pack and show why they’re the best.

Are you someone people actually want to read about or watch? Do you generate page views and streams? If we post about you, do you deliver some sort of Return on Investment, monetary or otherwise?

When an outlet like SHIFTER keeps posting about certain people (perhaps people you feel you’re more talented than) it’s because when we check our analytics we see who people respond to. That or we believe an artist is on a certain trajectory. This is the difference between “community” and “commercial” – almost everything is driven by numbers and data. We’re still about community impact, but for the most part, the numbers have to make sense.

The power of “No”

In the past few months, we also made the difficult decision to start turning down artists for coverage if we felt they weren’t ready to be platformed or a song/project wasn’t strong enough, most likely because of the quality of the vocals. We’ve jumped on calls with some artists to provide feedback on why we haven’t covered them and how they can improve. The response has been great. The artists we’ve spoken to have understood and accepted the challenge to level up in their craft. I’ve actually been amazed by the growth and maturity.

Over time, we went from providing coverage to pretty much anyone out of a desire to support talent, to providing coverage to anyone who submitted a press release, to now covering the best. Does this mean we no longer cover local culture? Of course not, but the bar has definitely been raised.

A few months ago, an artist told me, “SHIFTER is literally putting us artists in the position where we have no choice but to level up”. I took that to heart.

As a talent, you need people who will tell you that you can do better. Only having people around you who tell you how great you are makes you complacent and stagnant. Some of the biggest level ups in my life happened when someone had the guts to tell me that I was being subpar and could do better. After feeling salty for two weeks, I got honest with myself and realized they were right.

If you’re trying to get to the point in your career where you’re winning Junos and Grammys, you’re going to need thick skin. You’ll have to get used to hearing “No”, being scrutinized, or being told you need to get better. When some artists get a “No” they take it personally, make excuses and blame others for their lack of advancement, but others use it to propel themselves to the next level. “No” doesn’t mean “I don’t believe in you”. It’s actually the opposite. It means “I believe you can do better”, “You have more in you”, “There’s another gear you’re capable of tapping into”.

Locally speaking, if we’re going to make the transition from being more of a music community where we’re expected to pat everyone on the bum every time they drop new material under the guise of “support” to a city where our artists are really ready for the big leagues, we need to get comfortable with the word “No”.

When Michael Jordan’s high school basketball coach, Pop Herring, cut him from the team, he did him a favour. That “No” changed Michael’s life. His coach demanded more from him, which ultimately challenged him to be great.

SHIFTER is like a Coach Pop. We want you to be great, but that sometimes means saying, “No”, “You can do better”, or “You’re not ready yet” and challenging you to be even better than you are right now. That’s love. Saying “Yes” when you know someone can do better doesn’t actually help them. Always hearing “Yes” can keep people on autopilot. Like a treadmill, running on the spot while going absolutely nowhere.

Are you ready to level up?

Hitting the next level means doing things you’ve never done before and being a person you’ve never been before. That goes for all of us who are striving for better. If what we’re currently doing was good enough to get us to the next level, we’d be there right now.

So as we ask you to submit a press release, charge you for something we never charged for before, or say you need to improve, it’s not to be “boojee”. We’re trying to go to the next level and we want you to come with us. Those who want it bad enough will rise to the top.

So if, like us, you’re ready to leave the minor leagues for the big leagues, here are five ways artists and other talent can level up in 2021.