The Weeknd is one of those guys that can’t seem to stop winning. Late last year he performed at the Victoria’s Secret runway show in front of a global television audience. This past August he collaborated with Puma on the XO Parallel high top sneaker. He also had spring and fall lines with H&M. And now The Weeknd and Marvel are collaborating on a Starboy comic book. Yes, you heard that right. 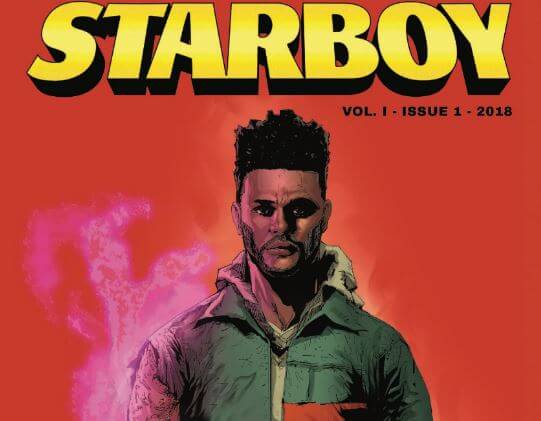 I respect all of The Weeknd’s business moves; he’s obviously smart. Looking back at his career, he’s been a master at branding himself, starting with his former signature hairstyle and now with his many collaborations. But this one has me scratching my head for all the right reasons. On the part of The Weeknd, it’s just genius and for Marvel, it reinforces their reputation as one of the best storytelling platforms in the world.

This kind of move is what trendsetting is all about and both Marvel and The Weeknd are taking content creation in a totally new direction (of course this isn’t Marvel’s first foray into hip-hop culture).

This project has been reported to death over the past few days, so here are a few of my takeaways about this collab.

I don’t mean to say that other countries aren’t smart but it’s just something I’ve noticed. In basketball, if there was a word to describe the Canadian brand of basketball it would be “intelligent”. You saw it with Steve Nash and you see it with Jamal Murray and Tristan Thompson and even with “non-superstar” players who get less playing time like Cory Joseph, Kelly Olynyk and Tyler Ennis. They aren’t always exciting players to watch but they’re smart and they see the game differently.

The same can be said of The Weeknd and Drake in music. There’s an intelligence about them and they’re seeing the game differently right now, but unlike their basketball counterparts, they’re exciting to watch.

2. When everybody else zigs, zag

Now that it’s common for celebrities to have a signature shoe, The Weeknd pivoted and went into a completely untapped, and uncrowded, channel for celebrities. We’re witnessing branding genius right before our eyes.

It reminds me of a book my friend told me to read a few months ago- “ZAG: The #1 Strategy of High-Performance Brands” by Marty Neumeier. He says that “when everybody zigs, zag”. In a crowded marketplace you need to differentiate your brand. This comic book collab is a major zag for both The Weeknd and Marvel.

3. Multi-channel is the way to go

This move shows that when you build a brand properly there’s no limit to the amount of channels you can go into. This project makes so much sense in that it’ll allow both Marvel and The Weeknd to tap into the other’s fanbase. I wouldn’t be surprised if this resulted in a Netflix series starring, as well as scored and co-produced by The Weeknd. Why not? People would watch it.

It also shows that although we’re in a digital economy, if used properly, traditional media can still be relevant. The Weeknd is using an 80 year-old print medium to further his brand.

4. People remember trendsetters not the people who follow trends

If you think about it, the people that are remembered are those who set trends, not the people who follow them. The rappers that people consider the GOATS – Eminem, Nas, Jay-Z, Lil’ Wayne, Notorious BIG, Tupac, Big Pun, Kanye West, Kendrick Lamar- never sounded like everyone else. They never followed a wave; they started the wave. They are and were the artists everyone else patterned their styles after.

In a time where so many artists look and sound the same (i.e. coloured dreads and “rap-singing”) it’s refreshing to see The Weeknd carving out his own lane and setting his own trends.

It’s a wonder he’s been able to be so successful in such a short period of time, but aside from coming out with great music, he’s obviously made some smart decisions that are quickly establishing him as a cultural icon. Watch out Drake.

Also read: HOW DRAKE BECAME THE MOST DOMINANT FORCE IN HIP-HOP