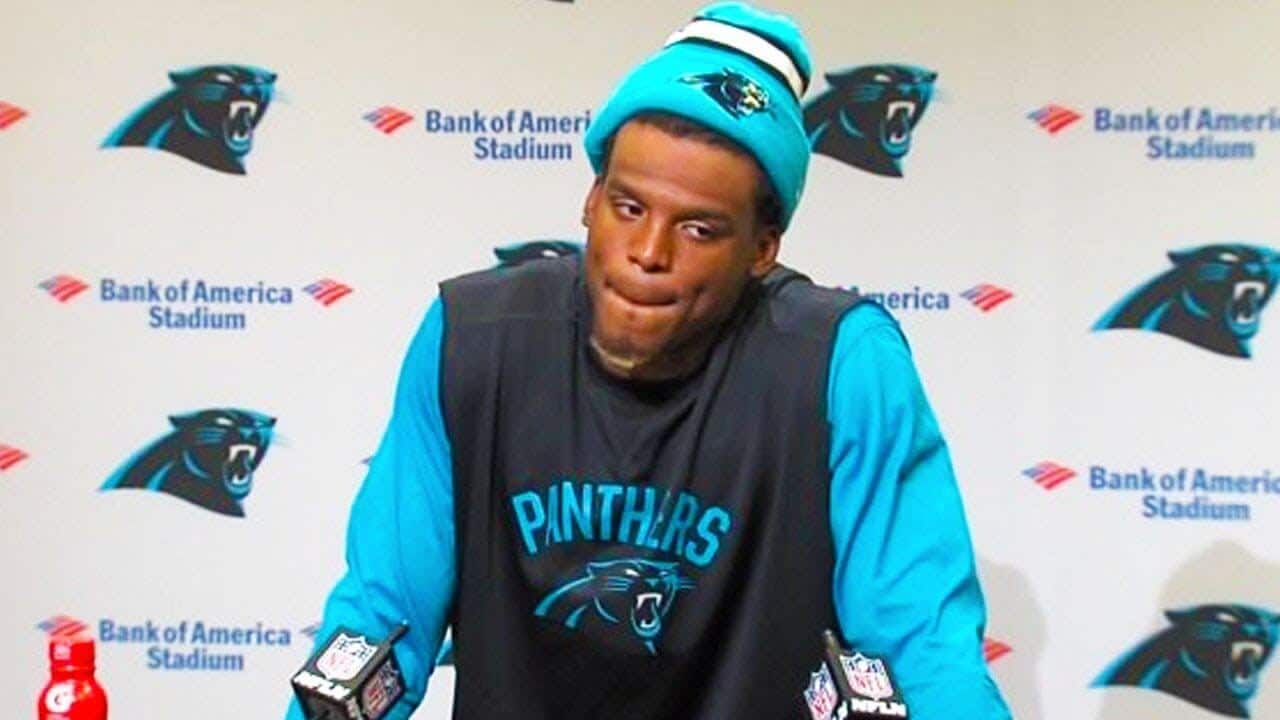 OPINION – THE MIS-EDUCATION OF CAM NEWTON AND KENYON MARTIN

I’m a bit frustrated. And here’s why.

In a time when differences in society’s conscience regarding race ideologies seems to be front page news daily, celebrities, athletes and other notable personalities with platforms have an opportunity to change conversations and ultimately use their influence to unify and not create a bigger divide than the one that already exists.

More often than not, when commentary on hot button issues is needed from the African American community, the media seems to continually turn to black pro athletes to grab a sound bite they can spin into whatever their audience has bleeding ears for at the moment.

Although that’s probably one of my pet peeves with national media outlets, that’s not the aim of my rant today.

It’s one thing to have a beat writer twist words but it’s another thing when a black athlete is quoted for saying something completely out of line. Such is the case this past week with notable pro athletes Cam Newton and Kenyon Martin. Both were quoted making completely inappropriate comments and the timing couldn’t be worse.

In a response to a female reporter asking about football routes for a specific receiver, Cam responded, “It’s funny to hear a female talk about routes.” This of course was taken as “women don’t really know football so it’s funny to hear one of them ask that question.”

Martin, after seeing a picture of Taiwanese American NBA player Jeremy Lin rocking dreads, was recorded on video saying, “Do I need to remind this damn boy that his last name is Lin? Like, come on man. Let’s stop this man, with these people,” Martin said. “Like, there’s no way possible he would’ve made it on one of our teams with that bulls–t going on on his head. Come on, man. Somebody really need to tell him, like, ‘All right bro, we get it; you want to be black.’ Like, we get it. But the last name is Lin, all right?” Unlike Cam, I don’t think any additional comments are necessary to surmise what Martin meant.

Surprisingly, Lin’s response was text book emotional intelligence: “Hey man. It’s all good you don’t have to like my hair and definitely entitled to your opinion,” Lin wrote. “Actually i legit grateful you sharin it tbh. At the end of the day i appreciate that i have dreads and you have Chinese tattoos bc I think it’s a sign of respect. And i think as minorities, the more we appreciate each other’s cultures, the more we influence mainstream society. Thanks for everything you did for the nets and hoops…had your poster up on my wall growing up.”

Black pro athletes have been under a microscope ever since Kaepernick decided to take a knee for the injustices experienced by blacks in America. That was over a year ago and up to this day many athletes, not just pro, all over America have been taking a knee, raising fists, wearing t-shirts and demonstrating protests in other peaceful ways.

But even with protests being peaceful, it would seem that many non-blacks aren’t in agreement with whatever protests are being made. Rebuttals like “Respect the flag!” and “Leave politics out of sports!” have filled social media comment sections for months, and continue to alter the original debate brought to the table by Kaep.

The voice of the black community continues to be disregarded and for this reason now isn’t the time for influential black personalities to make statements that will unfairly degrade our entire community.

Cam Newton’s comments about women talking about “routes” as it pertains to pro football and Kenyon Martin’s commenting on Jeremy Lin’s dreadlocks, calling him “a damn boy” and adding “you want to be black” did nothing to help the cause or strengthen our voice as blacks in America and North America as a whole.

The thought of a black man with Chinese tattoos having a problem with a Taiwanese man in dreads is just comical. The good book tells us to take a speck out of own eye before trying to remove one from your brother’s eye. Martin’s comments are hypocrisy at its finest. It’s an example of crying wolf and distracts us from any real conversations on cultural appropriation.

I respect that both have since apologized after the social media backlash (for Martin it was a “half” apology of sorts), but what I’ve experienced during my short life is these types of issues create a false representation for blacks, especially black males, around the level of intellect we hold in debating important issues in society today.

The sheer ignorance of Cam’s comments and black entitlement of Martin’s comments, puts blacks in a peculiar place at the race table. We want to be taken seriously and want our opinions to matter, but those at the forefront of the fight, whether they intentionally wanted to be there or not, need to understand the rules of engagement. Any verbiage containing degrading stereotypes referencing a specific gender or other race groups raises a red flag and poses the question “Do all blacks think this way?” This obviously is an unfair conclusion to come to, but being black, it’s one I’ve asked myself growing up but in the opposite direction. And I’m sure I’m not alone.

So my frustration is that Black polarizing figures can’t operate like they live in a vacuum. I highly disagree with what Barkley said in the 90’s about being a role model. If you’re black and hold any type of influence, there’s a responsibility that comes along with giving opinions on current issues.

I’m sorry but Cam and Martin are seasoned veterans and have been schooled in the art of media relations, as is the requirement of all pro sports franchises. They both should know better but more importantly blacks in North America, like myself, shouldn’t be afraid to voice our opposition to this kind of behaviour. We need to make it known they don’t represent us or our thoughts on both of these issues. Responses like this can inspire reflection on how we as blacks relate to other racial groups and ultimately ignite the revolution of cultural unity we’ve been all waiting for.