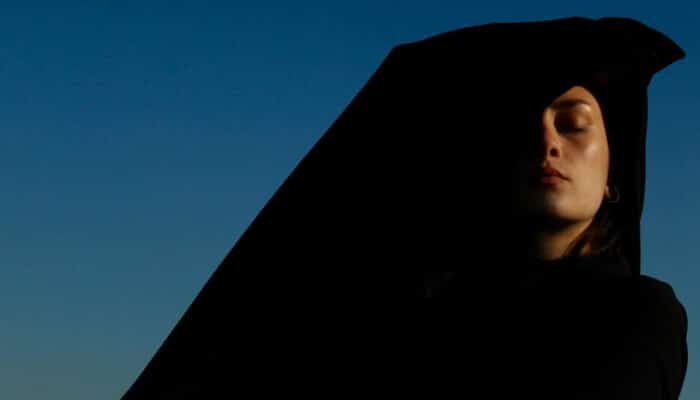 From opening for Bulow to being on the Bluesfest stage, Vi has been on her grind. To add to this list of triumphs, Vi recently released her debut full-length album. The main goal of this album, titled Afterlife, was to show her sprouting into a refreshing new era in her music.

Afterlife was given its name to represent life after death. This is a metaphor for Vi’s ‘rebirth’ and next chapter. Prior to this album, her focus was on her heartbreaks and hardships. Now, the message of this album is that there is light through all the darkness.

Even the cover art of her newest release gives off an uplifting energy which exudes freedom. Vi is using her creative liberty to evolve her sound into something very atmospheric with the project. She has been spreading the word about this new album through her social media which has lots of aesthetic posts promoting this release, as well as through multiple interviews with platforms such as CP24 Breakfast.

Afterlife is a follow up to her single “Dead To You” which is also included on the eight track album. “Dead To You” gained almost eight thousand views on YouTube and left listeners wanting more.

The project shows Vi’s progression to say the least. Ever since she started writing music in her Ottawa bedroom, she had been brainstorming this project. She wears her heart on her sleeve for her fans and is known to not fear vulnerability. She has also been able to become inspired by things that tear many people apart, including emotional obstacles which are universal experiences. These traits have led to great success after raking in three million Spotify streams.

While Vi’s previous releases, such as “Blackwater”, were beautifully moody, Afterlife shows her artistic evolution and is a celebration of her coming into full bloom.

Afterlife by Vi is available on all major streaming platforms.

SAGE HARRIS IS BACK WITH A NEW BANGER “TELL SOMEBODY”