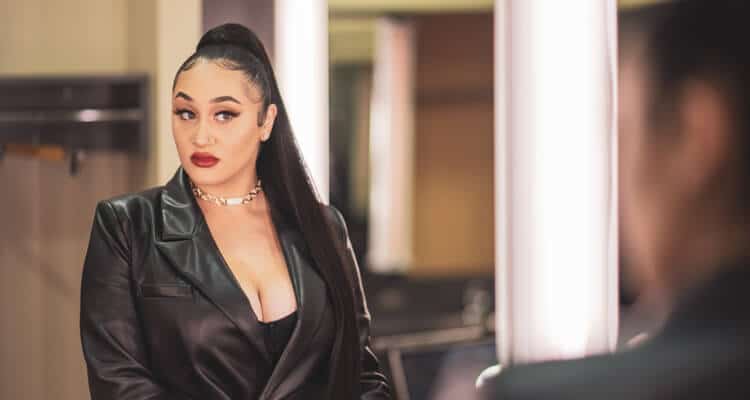 It’s been a very productive year so far for Ottawa area rapper, singer and songwriter, Baëbe Ruth. In the midst of a rebrand from her former name “Babe Ruth” and her upcoming performance at the second annual Capital Music Awards she has emerged as one of the most promising talents coming out of the capital.

Known for her organic authenticity, a deep dive into her repertoire of R&B meets hip-hop creations delivers pieces of her inspirational story as she kicks the relatability factor up a notch. Highlighting the heartfelt lyricism showcased on her most recent release “On Me,” we hear a collaboration brought to life by her skill set and the engineering strengths of CZARJULIUS from The Cave Recording Studios in Ottawa.

The rhythmic drum patterns heard in “On Me” provides the perfect backdrop for Baëbe Ruth’s explosive yet vulnerable raps. Transporting you to a place of moving and unravelling truths, Baëbe Ruth asserts her perseverance as she dangles lyrics like, “Diagnosed with cancer twice, doctors said to say goodbye,”  in a way that evokes emotion while revealing the trials and tribulations she has endured. Navigating listeners through a piano intro that sets the tone for her melodic verses, the pen game she flexes in her lyricism is nothing shy of undeniable.

Never one to confine herself to a specific genre, Baëbe Ruth’s artistic versatility is something that can’t be denied. Now a long ways away from her debut into the music scene, it’s clear that this is an artist with endless possibilities.

“On Me” is available on all major streaming platforms.