One name I’ve been hearing and reading about in the music scene for years is none other than Pony Girl. Their name sounds unique and a lot of fun and they were both of those things.

They happened to be the first act that I took in on Day 1 of RBC Bluesfest so they had the task of setting the tone for the festival for SHIFTER and they did indeed. 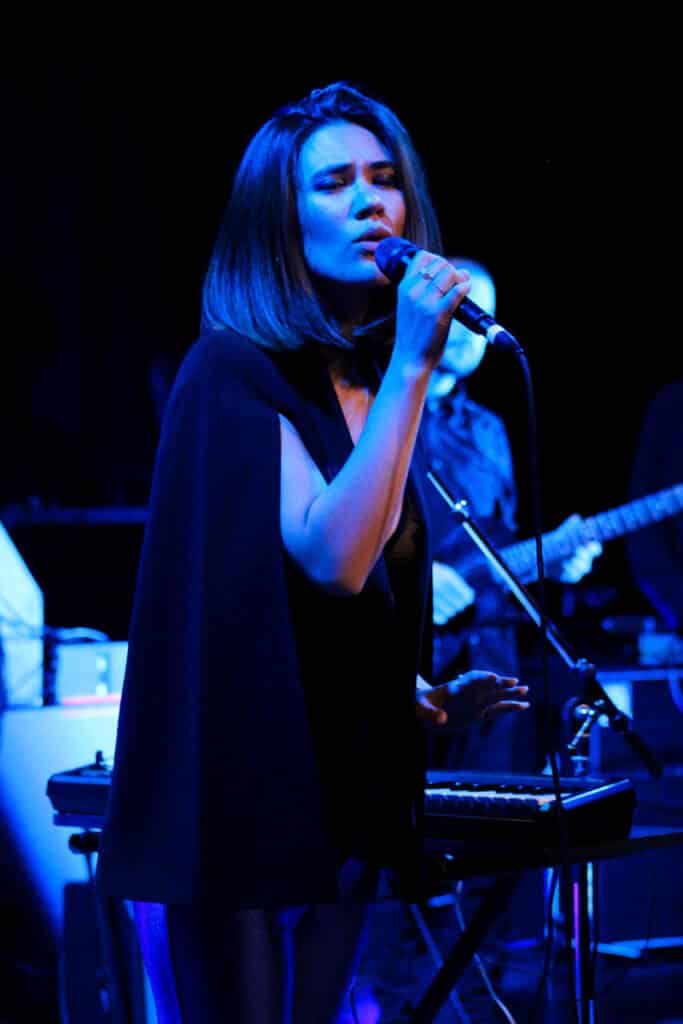 Performing in front of a packed Barney Danson Theatre, Pony Girl opened with improv and Ivory before going into the soft, and radio ready, Candy, followed by the at times eerie sounding Dirty Picture featuring Yolande Laroche on clarinet. The clarinet would reappear throughout the show lending to Pony Girl’s unique sound.

Adding to this unique sound is lead vocalist, Pascal Huot’s tone which resembles Bob Dylan or Tom Petty, who will also appear at Bluesfest. Add to this some Mick Jagger like dance moves and you have an entertaining lead performer.

There were a few highlights that stood out during the performance. First, my favourite song of the night, Adultery; a smooth and lovely song with beautiful harmony which follows the rule “less is more”. Pony Girl didn’t try to do too much with this song which is pretty much true of all the songs they performed.

The second highlight was their musicianship. Aside from clarinet features throughout, there was also a moment where the band stood in a circle and jammed as if they were trying to kindle a fire with their instruments. The music rose and raged, as the band got more and more aggressive, rocking back and forth. Being in the crowd, you felt the emotion and the power from the stage. We were a part of the fire kindling ceremony.

As I said before, Pony Girl didn’t try to do too much. The song selections were eclectic without making scratch your head and wonder where they were going. They didn’t create a moment, then kill it with some awkward transition as some novice performers do.

By the end of the show I felt like I had experienced something special- a polished performance by a band who has yet to hit its prime and sincerely loves performing and making music. And we loved listening to it.