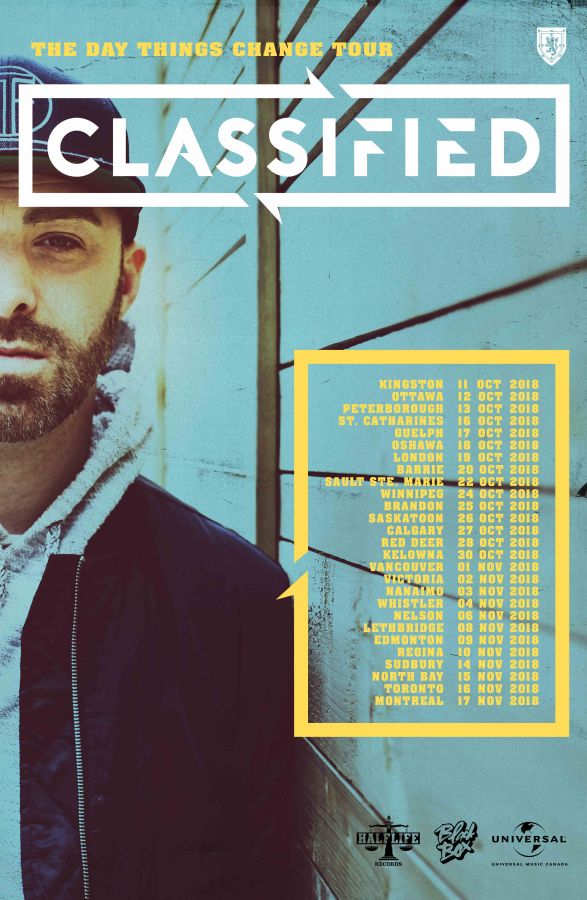 This past weekend, the capital played host to an iconic moment in Canadian hip-hop as the Canadian Classic Tour, featuring hip-hop legends Classified, Maestro Fresh Wes, and Choclair, took over the Barrymore’s Music Hall in downtown Ottawa. For a guy who grew up in Toronto in the 80’s and 90’s, this was a show that I had circled on my calendar.

Up and coming rappers J-David of Ottawa and Michael Daley of Newfoundland were tasked with opening the night after winning a contest. From the up and comers we segued into the main acts for the night. First to grace to stage was the man that started it all for Canadian hip-hop, Maestro Fresh Wes. Although he’s moved on to become a successful television actor, starring in shows like Metropia, Instant Star, and now Mr. D, he clearly showed that at his core he’s still an MC who knows how to rock a crowd.

Maestro came right out the gate with one of his bigger hits, Drop The Needle, including that string intro from Beethoven’s 5th symphony. Right off the bat you saw that he hasn’t missed a beat over the years. He then went into his other hits, from Stick to Your Vision to Let Your Backbone Slide. In between, he brought a bit of local connection talking about his time as a student at Carleton University and his part-time job at Leon’s. It was during his time in Ottawa as a student watching Much Music that he decided he needed to take music seriously.

Then came one of the best Canadian MCs of all time, Choclair, aka Chiznock. Although I spent most of my life in Toronto, this was my first time seeing him live. He still has what I consider to be one of the top five Canadian hip-hop albums of all time (despite Drake’s run) in Ice Cold, and still seems to be grinding in the game.

Similar to Maestro, what you noticed right off the bat with Choclair is how polished he was as a performer—his delivery and how he moves around the stage.

What I wondered is how some of the younger audience would react to his music. Hip-hop in general doesn’t always respect its legends, and I’ve always thought Canada was worse. I expected the crowd to be disengaged, waiting for Classified to finally hit the stage, but I was wrong. The crowd, many of whom were young, not only turned up but they knew the words to his songs. Chox then invited local rapper Swisha T to grace the stage for a track. Although Ottawa’s hip-hop scene is moving fast, Swisha showed why he still belongs in the conversation and is one of the better performers in the city. 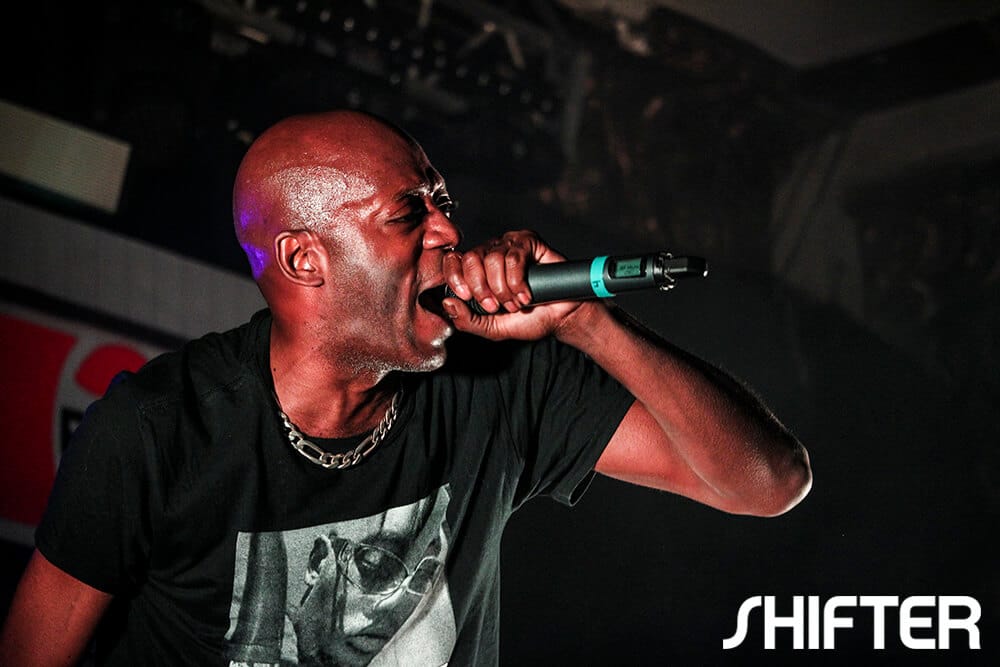 Like a lot of more “mature” acts today, Choclair treated us to a mash up of classic hip-hop tracks, including Shimmy, Shimmy Ya, Ante Up, and Ice Cream. He eventually went on to perform Light It Up and got inspirational on Made (Move Mountains), before closing out with his biggest hit to date, Let’s Ride.

Then came the main event, Nova Scotia’s finest, Classified. Of the three performers he was the one I was least familiar with. After hearing his songs Oh Canada and Inner Ninja I passed him off as more of gimmicky rapper that only white folks who don’t know anything about hip-hop would like. I was wrong. Classified is a true MC. What I experienced was some amazing production, on point delivery, and an overall well-executed show. Apparently, Classified was on stage an hour and a half before the show getting his sound just right, even getting behind the soundboard. You have to respect an artist who gives that must attention to detail.

Classified gave us everything from “that gritty boom bap shit” on Damn Right, to his radio hits like Higher, Inner Ninja, and Oh Canada. Similar to Choclair, he gave us a medley of classic hip-hop including Bitch, Don’t Kill My Vibe, Ready of Not, Whoa, and Forgot About Dre. He even got sentimental performing Growing Pains about his children, something the older audience could relate to. He closed out bringing Maestro and Choclair back on stage for Hard to be Hip-Hop and Northern Touch.

It was also a family affair featuring his brother Mike Boyd as hype man and his other Jake Boyd on guitar. Watching the onstage chemistry between Classified and his brother Mike was fun. Aside from their delivery, they knew how to work the stage together and just fit together seamlessly.

A few things stood out during his performance. First, how deep his catalogue is. You forget how many hits Classified actually has and how much radio play he’s received over the years. There aren’t many artists who can work predominantly in Canada and have the level of success Classified has had. Second, he has some serious bars. I always keep a running list in my mind of the best Canadian MC’s of all time and Classified deserves to be near the top of the list. Third, his level of talent. Aside from being a good rapper, he also played the drum machine throughout the night, whether it was adding a little percussion to actually playing a beat.

This tour is both important and necessary for so many reasons. In a time when Drake is the top artist in world, period (not just in hip-hop), and you can find the occasional “finally Toronto has a sound” or “finally Canada has a sound” conversations, it’s important to note that Toronto and Canada already had a sound, of which Drake and The Weeknd are simply the latest evolution. And it’s only when you look back at what legends like Classified, Maestro Fresh Wes, and Choclair have accomplished and struggled through that you can really appreciate what the new crop of Canadian artists have accomplished.