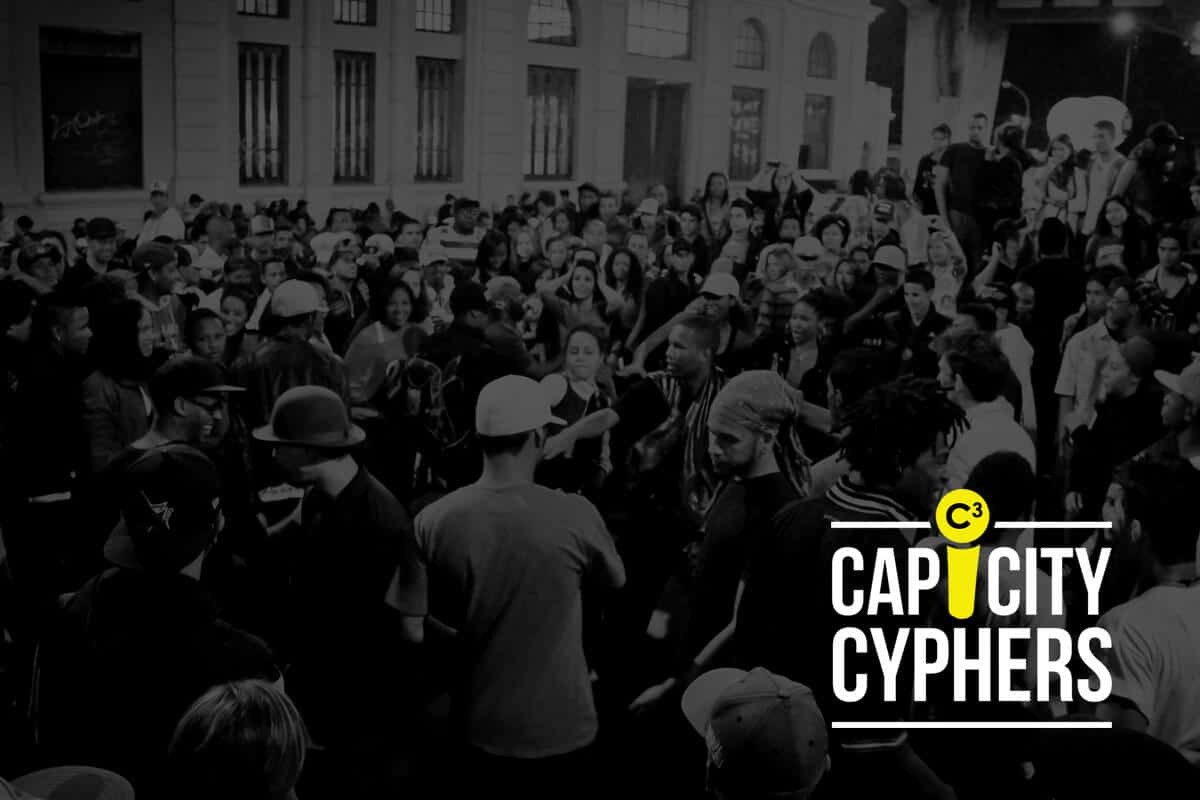 On any given night in major cities across North America you’ll find groups of hip-hop heads huddled on a street corner with music playing. If you see this urban phenomenon don’t be alarmed, and please don’t call the police. What you’re seeing is hip-hop in its purest form. What you’re also seeing is one of the most important art forms of the 20th and 21st centuries.

This art form was in full display as Ottawa artists King Kimbit and Lealem Kassa, also known as 4theworld, headed to New York in early September. Kimbit made the trip to New York for AFROPUNK along with Toronto artists Eyeda Sophia and Maxhole Edison, but they stayed to take in some of New York’s rap cyphers.

Then on Friday night Kimbit attended the Legendary Cyphers. “Legendary” is an appropriate word; these cyphers have been going strong for the past 15 years and have gained international media attention from the likes of National Geographic and BBC. She eventually made stops at That House Party THO rooftop jam and Supreme BARbecue on Labor Day.

It was during the Legendary Cyphers that Kimbit decided to share the love on Instagram Live, and I was watching. It reminded me of the days my friends and I used to gather in my garage to freestyle and breakdance. SHIFTER had always toyed with the idea of doing cypher videos or an onstage cypher to try and bring artists together, but a cypher on the streets…we never thought of that.

Just a week before King Kimbit’s Instagram Live, Eyob Tzu, host of the weekly creative event The Dojo, approached me at our Capital Essentials event asking what I thought about cyphers as a way to bring artists and the city together. Along with King Kimbit and 4theworld’s experience in New York, this set the stage for something to happen in Ottawa, and that something is Cap City Cyphers. 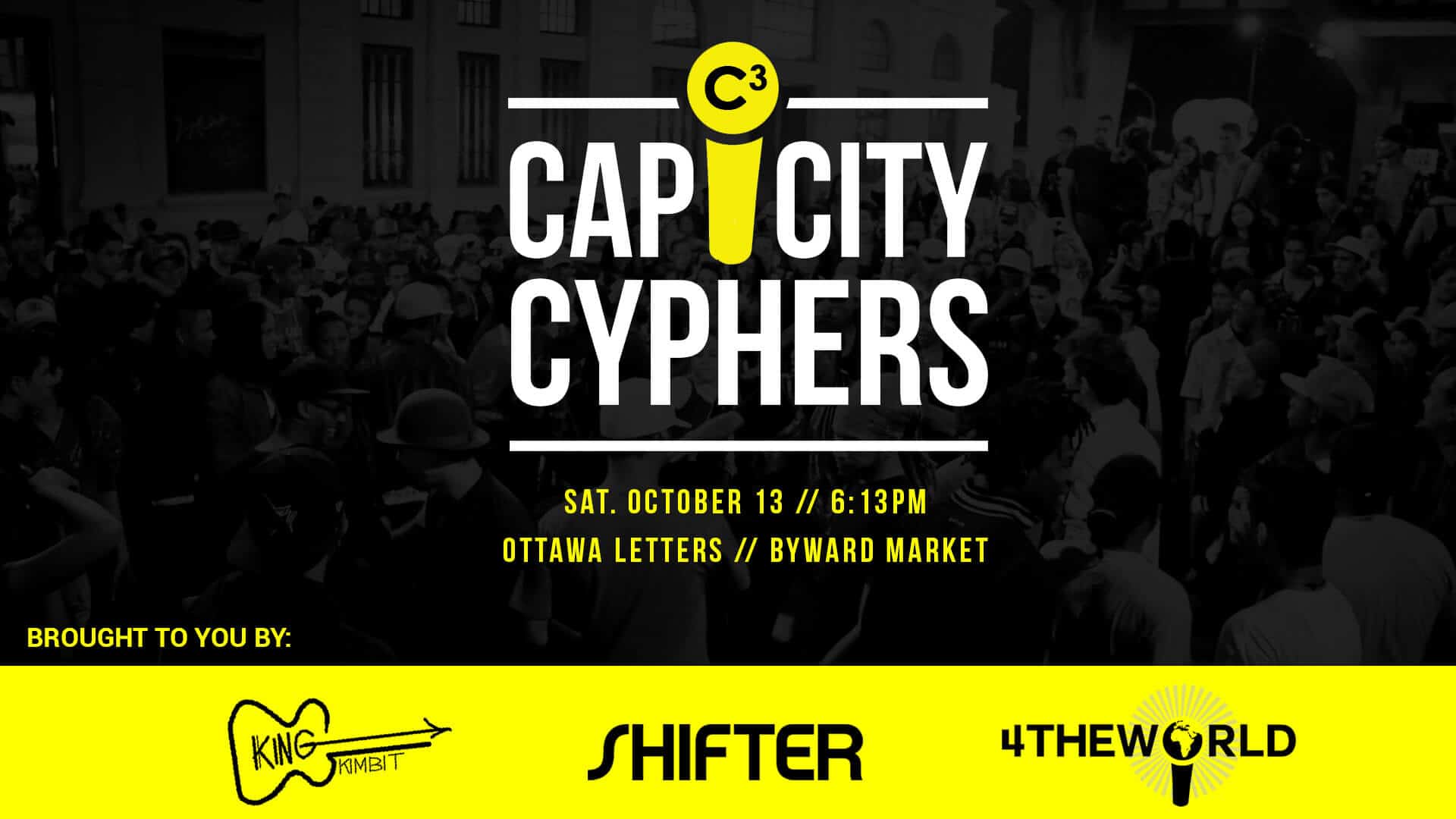 “In New York, there would be cyphers and jam sessions happening almost every day of the week, sometimes even two a night. After seeing what’s happening with the cyphers in New York, I wanted to help create a space to unite rappers in our city, encouraging collaboration rather than competition,” King Kimbit says of Ottawa’s first organized outdoor rap cypher. “We have an amazing hip-hop festival in House of Paint. This is our way of keeping the vibes going throughout the year. We’re starting out with a cypher every few months, but our ultimate goal is a cypher every week depending on demand.”

Hosted by King Kimbit, 4theworld and SHIFTER, the first edition of Cap City Cyphers, also know as C3, will take place Saturday, October 13 at 6:13pm at the Ottawa letters in the Byward Market. For those who have been asking about tickets, there are no tickets—the street is the venue. The cypher will feature beats by co-organizer 4theworld and other local producers.

“I’m hoping this cypher will be another great musical catalyst in Ottawa’s bubbling music scene. Just from the excitement and engagement you can tell Ottawa is really primed and hungry for a consistent freestyle cypher space to showcase its artists”, notes 4theworld.