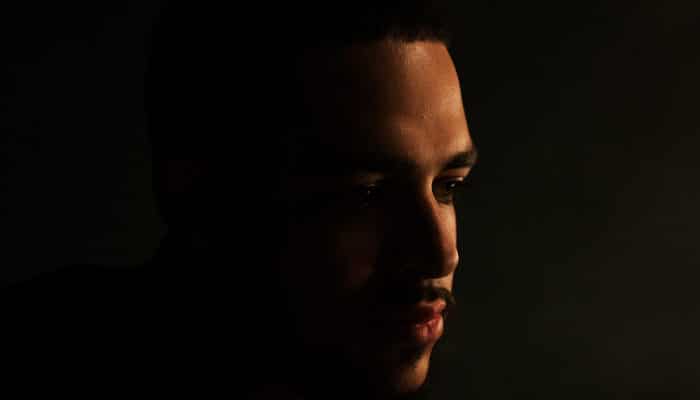 Canadian vocalist JYDN HILL is back with a Donell Jones inspired gem called “3AM”. SHIFTER’s Rose Basu calls it “intimate and tantalizing” and perfect balance of “romance and seductive energy”.

JYDN HILL has made a name for himself in R&B circles in recent years. Now, the promising R&B star has collaborated with Jeff Sanon on the release of a fresh new track inspired by R&B legend Donell Jones’ “Shorty (Got Her Eyes On Me)”, but HILL’s take on it, however, is more intimate and tantalizing.

With alluring vocals and acoustic guitars, “3AM” is an impactful release for JYDN HILL. The Dragan Andic-directed video wraps HILL and model Divine Mugisha in shadows which highlight the luxury accents featured in the video. This compliments the song perfectly by giving it a dark yet glamorous feel. This new song balances romance and seductive energy perfectly. You are instantly drawn in by HILL’s smooth, exquisite voice, then captured by the lyrics, plus Cale Fara-On’s captivating cinematography.

JYDN HILL has managed to fit himself in the R&B genre by playing the gentle, low-profile crooner role flawlessly. Since the age of 10, HILL has been developing his craft and has now earned himself recognition from editorial curators on Spotify, Apple and Amazon music. He announced that “a new era is upon us” on his social media before releasing the track.

His social media pages clearly shows his growth as an artist, boasting lots of great promotion for “3AM”. This gives you a taste of the song before even choosing to listen. The track has already landed on coveted playlists like Mood Ring and Frequency. If any R&B connoisseur discovers JYDN HILL, they will likely do the same.

“3AM” is available on all major streaming platforms. To check out the video, tap the link in the header.