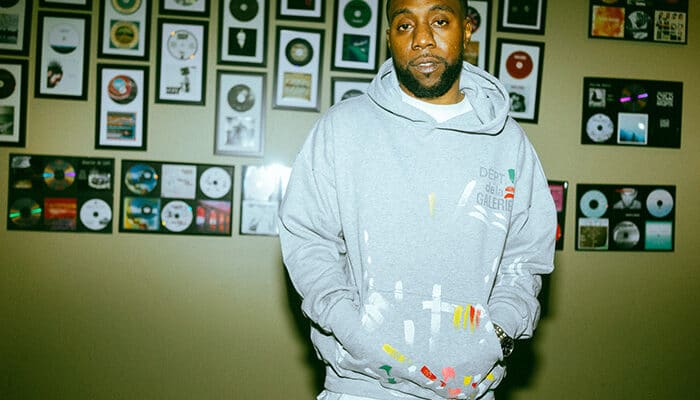 Ottawa-based MC and songwriter, Freddy Printz, explores how the past influences the present on his new EP “The Candidate” inspired by the film The Manchurian Candidate.

The hip-hop heads know old school rap is coming back, slowly but surely. Whether expressed through beats or flow, old school hip-hop is creeping its way back into mainstream music. Artists like Benny the Butcher and many others have found ways to balance both styles while still appealing to the masses. However, there is one Ottawa artist who deserves the spotlight for releasing a perfectly crafted EP in this style.

This month saw Freddy Printz drop a new EP titled The Candidate which takes inspiration from the film The Manchurian Candidate. Freddy Printz collaborated with producer Deflare to release his first body of work in a few years. Printz’s immaculate storytelling and wordplay syncs seamlessly with Deflare’s calm, jazzy, and punchy beats. Still, this was out of the ordinary for Deflare. He is recognized for trap-influenced production, but on The Candidate he showed true adaptability as an artist, exploring a rhythmic flair reminiscent of hip-hop’s greatest beatmakers and DJs.

You may be wondering, what is the meaning behind the name, and influence of The Candidate? Well, this EP was loosely based on the events of June 5th, 1968. On this day, presidential candidate Robert F. Kennedy was fatally shot after presenting a speech by gunman Sirhan Sirhan. With some questioning the government’s involvement in the assassination to this day, machiavellianistic manipulation and deep hypnosis have been called into question relating to the believed tactics tested on Mr. Sirhan prior to the attack. In an interview done with the Adjo Bros, Printz seemed to be expressing that The Candidate also sheds light on how society is often tricked, or in his own words “misfed information” in a similar fashion as Sirhan.

The Candidate has already racked up over 10,000 Spotify streams since its release on June 3rd. Anyone who recognizes authentic rap will appreciate Printz’s gritty intonation, retro flow and meaningful lyrics. This EP was definitely worth the wait and anticipation that was bubbling in Ottawa.

The Candidate is available now on all major streaming platforms.