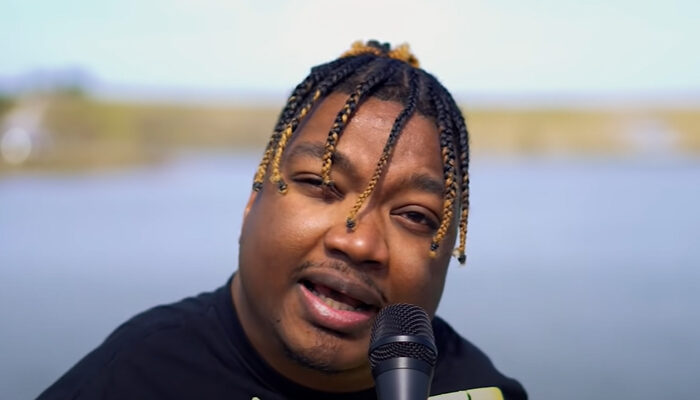 GIFTED HANDS IS CHANGING THE GAME ONE SONG AT THE TIME

Gifted Hands completely changed the narrative of Hip-hop and R&B with his authentic and uplifting lyrics on his hit song “Why Not Start”.

I don’t care if it’s a race

Imma set my own pace

But now I figure why not start

I figure why not start…

Hearing these lyrics for the first time can spark different reactions from different people. Some smile, some cry, while others remain speechless. For some of us, it’s a combination of all three.

Indeed, a few months have now passed since the song “Why Not Start” went viral, and the artist behind this anthem is still spreading positivity and love through his music and multiple social media appearances. Since the release of the song in March 2022, Gifted Hands has been on the receiving end of a lot of accolades and praise.

Indeed, Gifted Hands completely changed the narrative of Hip-hop and R&B with his authentic and uplifting lyrics. In an industry oversaturated with superficial messages and fake jewelry, Gifted Hands’ sound feels like a much needed breath of fresh air. And to his merit, “Why Not Start” is only one of the many songs that carry the same energy.

Back in 2018, the viral sensation dropped his first EP titled Look Ma, No Hands. This musical compilation of raw and authentic truths is by far some of the most underrated works of art out there. It includes singles such as “Don’t Let Em Stop You” and “Work With”. Just as expected, the EP encourages people to face their demons head on, to believe in themselves, and to lean on God.

It is not a surprise at all that Gifted Hands was able to rally so many fans in such little time. We have all suffered in silence at some point in our lives. We’ve all had to put on a fake smile to make it through the day. Last but not least, each and everyone of us, at some point or the other, had to pretend to be okay. Many fans went on to publicly show love and appreciation to the singer/rapper for helping them navigating through the difficulties of life:

This song helped me get out of one of the worst slumps in my life and that’s not easy to admit!! Thank you my brother…

You don’t know this but hearing this song saved my life. I have been struggling mentally for a long time and was on the edge of life and death when I came across your video on Facebook. Carrying the weight of the world can be tiring, especially when you are having to find the energy to pretend it’s not heavy. This song was deep man and it helped me get out of my own headspace. It can get dark and crowded in there. ❤ Much love to you man and thank you for sharing your energy with the world.

This song hits my soul, especially battling my depression and being 33 still dealing with childhood trauma and trauma from life in general.

Every decade or so, we hear something that plants itself into our soul. This song is so powerful on so many levels. You can feel his journey with every verse and the music is simple and golden. This young man is brilliant!

The overall brilliance behind Gifted Hands’ success is simply rooted in the fact that he accepts himself for who he is, despite his flaws, despite his mistakes and shortcomings. He encourages his fans to do the same and leads by example.

The world needed Gifted Hands. I for one, I’m eternally grateful that we have him. Do yourself a favour and make sure to check out his entire music catalog available on all streaming platforms.