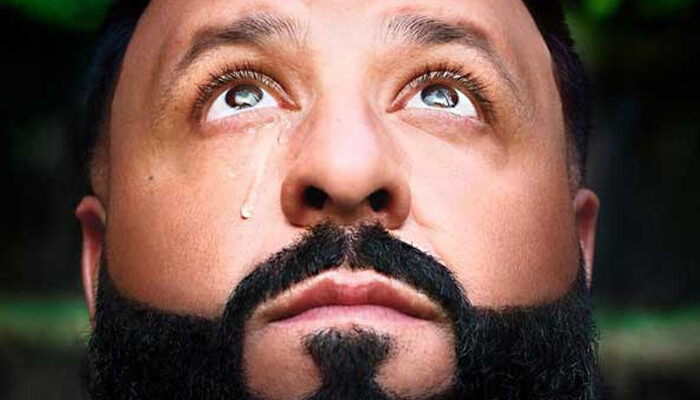 In his God Did album review, Kevin Bourne says while the may not be a classic, a good album that means something to DJ Khaled is actually refreshing.

After dropping “Staying Live” featuring Drake and Lil Baby two weeks ago, DJ Khaled is back with his lucky 13th album GOD DID. While the single has done big numbers, it still fell a little flat with critics. But in the lead up to the release, DJ Khaled did what DJ Khaled does, went on his press run and created hype and anticipation around the project.

After watching a number of interviews in recent weeks, it’s clear this project means something to him in a very personal way. While he’s clearly passionate about all his projects, this one is about gratefulness to God for the success he’s been able to have in his career so far.

What you notice about this album is that it’s different from previous Khaled projects, although it’s unclear whether that’s by design or decline. Fans looking for big hits will be hard pressed to find more than one, but that may not be a bad thing. In interviews, Khaled has said this album marks a new chapter for him; perhaps this is what the new chapter is all about.

The project opens with “NO SECRET” featuring Drake, which is a decent intro, although it may leave you wanting more at only 47 seconds.

Then we move on to the title track “GOD DID”, featuring Rick Ross, Lil Wayne, John Legend, Friday and a five minute verse from Jay-Z. Perhaps because it feels like we’ve heard these Ross, Wayne and Hov tracks before, this ensemble no longer feels impressive. Nevertheless, Jay-Z brings a sense of desperation and passion on his verse reminiscent of a young and hungry Meek Mill (perhaps he’s getting us ready for another album). Another New York legend, Jadakiss, does the same later in the album “JADAKISS INTERLUDE”.

The first real, undeniable standout moment on the album is “Use This Gospel (Remix)” with Dr. Dre and ICU’s take on the Jesus Is King track. The song opens with big brass sounds before going into hard-hitting drums followed by Ye’s perfectly imperfect yet honest vocals and Eminem doing what he does. Does the song live up to what we would expect of a Kanye, Eminem, Dr. Dre, DJ Khaled collaboration? That’s for the listener to decide, but from beginning to end it’s a piece of art. The production is stellar with so many layers and texture in a time when stripped down, minimalist production has been made popular by Drake and 40.

As we continue through the album we learn “STAYING ALIVE” wasn’t the only throwback on the album as Khaled draws inspiration from Eddie Murphy’s 80’s classic “Party All The Time”. Although Quavo and Takeoff do their thing on the track, it’s not enough to save this song from being corny in its execution. It’s at this point that you realize that although “Staying Alive” may have been underwhelming at first, it may very well end up being the best song on the album.

The next standout moment on the album is “BEAUTIFUL” where Future, known for being “toxic” in his views on women, delivers an actual love song, bolstered by SZA’s clean vocals. “Beautiful” is an appropriate name as vocally the two pair together nicely on the song.

The tempo does pick up around the halfway mark with a series of bangers, including “IT AIN’T SAFE” featuring Nardo Wick and Kodak Black and the Tay Keith produced “LET’S PRAY” featuring Don Toliver and Travis Scott.

Arguably (and surprisingly given the feature list), the best song on the album may very well be “BILLS PAID” featuring Latto and City Girls (talk about a plot twist). The production is fire, Latto shows traces of a prime Foxy Brown, and overall the ladies deliver a flow that rivals any of the men on the album.

21 Savage then deviates from his usual gangster talk, returning to his “A Lot” form barring up on “WAY PAST LUCK”. It’s a reminder that although 21 is known for a certain kind of content, he can “rap rap” when he wants to.

As we approach the end of the album, Khaled goes back to his sound killing Reggae roots with “THESE STREETS KNOW MY NAME”. While the song falls short of previous Reggae anthems like “HOLY MOUNTAIN”, similar to previous Khaled albums, this Reggae track includes one of the more impressive combinations of features on the whole project. Not only does it include legends like Buju Banton, Capleton, Bounty Killer, and Sizzla, but Skillibeng, positioning him as the next big Reggae superstar.

One of the more personal and special moments on the album “ASAHD AND AALAM CLOTH TALK” where we hear Khaled’s sons repeat some of his more popular sayings including “God Did!” It reveals a different side of Khaled and shows us that his legacy is bigger than music.

The album closes with a very appropriate Gospel-esque “GRATEFUL” featuring Vory and his soulful vocals. Featuring some keys and a soulful female vocalist, the song brings the whole theme of the album full circle and drives home what Khaled is trying to tell us.

Overall, this album doesn’t feel like your usual Khaled album. It seems less ambitious than his previous projects and one may question whether this album will produce as many big hits and moments as his previous releases. But if it doesn’t, that’s okay because it shouldn’t have to.

While DJ Khaled has set the bar high for himself and we’ve come to expect big commercial success from him, a good (but not necessarily great) album that means something to him is actually refreshing. With a title like GOD DID, perhaps this album is meant to be less about big moments and more about simple gratitude.

If Khaled does hope to return to his former glory, he’ll probably have to change his approach for his next release and get more creative with the artists he brings together, but if not, we can just accept his art for what it is.

GOD DID is available on all major streaming platforms.