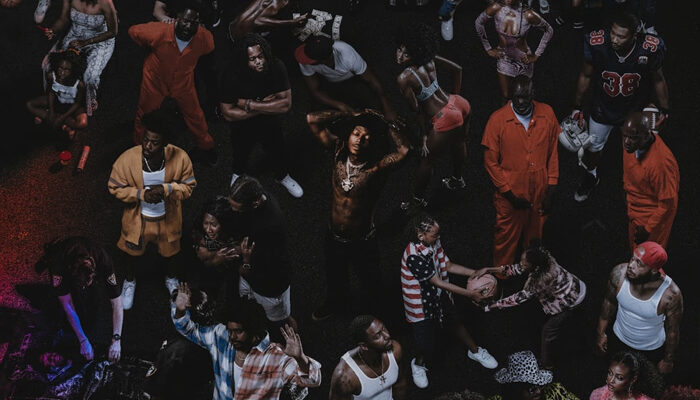 In his The Forever Story album review, Kevin Bourne calls JID’s soulful project one of the more satisfying albums of the year so far.

When you listen to JID’s music you know what you’re going to get―bars, crazy flows and then more bars again. But on his new album The Forever Story he gives fans a lot more.

Aside from his previous singles “Dance Now” and the Ms. Fat Booty inspired “Surround Sound” featuring 21 Savage and Baby Tate, the 15-track album is a whole experience.

JID is a very unique artist in a lane all by himself. He exemplifies Southern lyricism in a time when the south is known for spearheading the vibes over lyricism direction of hip-hop in recent years. He’s southern with east coast influences and we see that on the album. With most Atlanta rappers showing up the gangster side of Atlanta, he also shows a different window into Atlanta culture; one that’s full of soul.

The album opens with a beautiful, harmonized intro titled “Galaxy”. It sets the tone for the project as harmony is something that makes an appearance throughout.

We then move on to “Raydar”―a stripped down, base heavy beat that will make you want to screw up your face and bob your head. The song then goes through multiple beat changes; something that happens throughout the project, keeping listeners on their toes.

As mentioned before, the project oozes that southern soul. There’s “Sistanem”, the Gospel/soul “Kody Blu 31”, and “Bruddanem” where JID not only shows off his vocals, but Lil Durk shows his range and versatility in the kinds of beats he’s able to rap over. There’s also “Can’t Make You Change” featuring Dreamville labelmate Ari Lennox where she shows off her timeless, soulful vocals.

But the song we need to talk about is “Money” with its timelessness, artistry and instrumentation. It’s like nothing we’ve ever heard before in hip-hop; like something out of a 1970’s children’s show. Whoever produced this track is a mad scientist.

Overall, The Forever Story is such a refreshing project as JID isn’t an artist burdened by the pressure to make hits (although he can do that too). He has trained his fans and the industry to expect true artistry and he does that again on this release, reminding us why we fell in love with hip-hop. It’s Anthony Hamilton and Goodie Mobb meets Mos Def, and a whole bunch of other stuff that can’t be categorized or explained. It’s like JID went into a time machine, went back in the past, then went ahead into the future, then came back and made this album. He’s almost creating his own hip-hop sub-genre“―hip-hop/soul.

If you’re talking about pure hip-hop, this has to be one of the more satisfying albums of the year so far.

The Forever Story is available on all major streaming platforms.