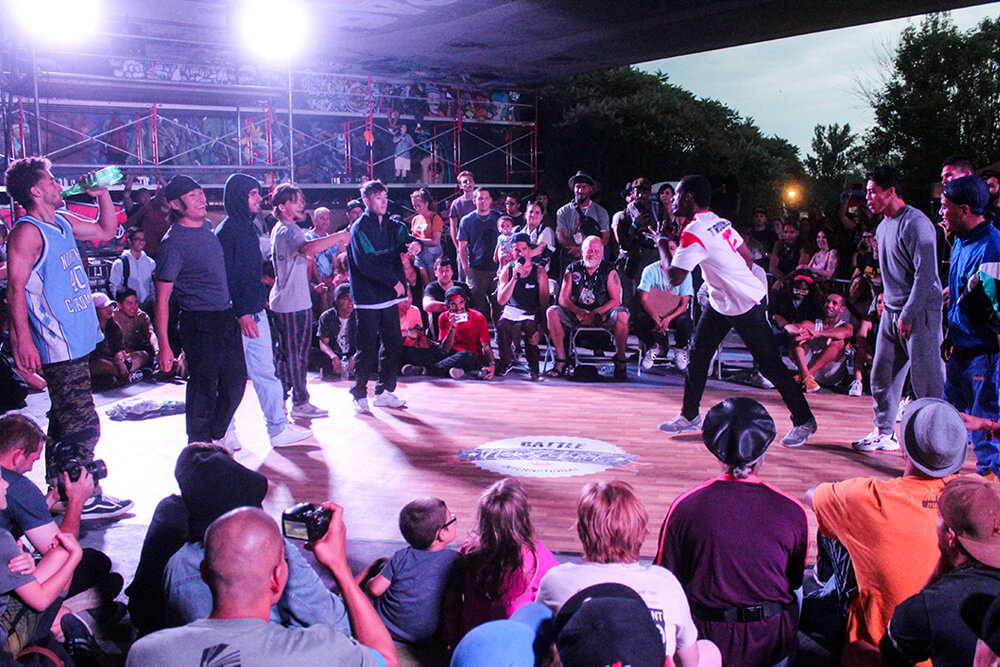 This past weekend marked the 15th anniversary of one of Ottawa’s most underrated festivals, House of Paint. The three day hip-hop festival once again shed light on the original elements of the culture- DJing, bboying, mcing and graffiti – for both old heads and younger hip-hop heads alike.

“Before ya’ll go to sleep, I just need to acknowledge the City of Ottawa and VERSe Ottawa for reinstalling the Poet Laureate Program after nearly 30 years. The program helped fund the 2017 & 2018 House of PainT – UrbanArtFest’s OG500 Poetry Slam, allowing for Tanya Evanson and Jalal Nuriddin to share their gifts with us. The program also helped fund the $500 grand prize both years. I am thankful for this city and the efforts to support the arts. We are on the rise, and we shall prevail in making this city a home for the arts and artists.”

Saturday marked the main event, the b-boy and popping and locking battles drawing dancers from across Canada. The popping and locking champ was three-time winner Shadow, while the winner of the b-boy crew battles was Ottawa’s own Unknown Floor Force Crew who will go on to represent Canada at Battle New School International in France.

As usual, House of Paint offered some of the best in local and Canadian hip-hop, including Ottawa artists Hevve, Buck-N-Nice and G. Grand with Circa Beatz, Halifax rapper Quake Matthews, Montreal’s Speng Squire, seven-time World DJ Champ Vekked, and the headliner, Toronto legend Michie Mee. Although we didn’t get the big names we’ve grown used to in recent years, altogether it was still a solid lineup, and it continues to position House of Paint as a good platform for up and coming Canadian artists.