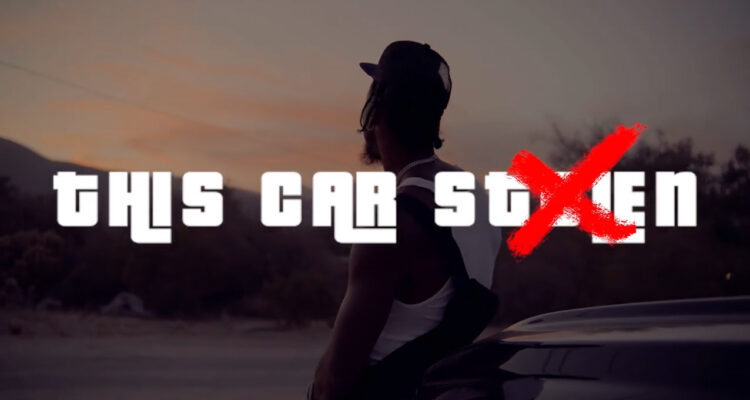 After giving us singles like “Hello” and “Gohan”, Iman Shumpert has dropped his first studio album This Car Ain’t Stolen.

From Shaquille O’Neal to Allan Iverson, there are a number of athletes who have tried to dabble in hip-hop, but there are very few who emerged as legitimate artists who have the potential to match their accomplishments on the field or court with their accomplishments on a microphone or stage. One of the rapper-athletes who is making fans a believer is Iman Shumpert, known artistically as Iman.

After giving us singles like “Hello” and “Gohan”, arguably dropping the best verse in the 2019 BET Hip Hop Awards cypher, and getting the attention of hip-hop legends like Pete Rock, the Chicago native and NBA champion has dropped his first studio album This Car Ain’t Stolen. The project is a follow to his 2019 album Piece de la Foutu Pie and his 2018 EP Substance.

As you would expect from the title, the 16-track album has a clear theme.

“This Car Ain’t Stolen is about OWNERSHIP. Owning your art, Owning your voice, Ownership”, Iman. explains.

“No matter the age nor the type of vehicle, being classified ‘Black’ we are constantly reminded that we as a race are seen as unworthy and a danger to those around us”, he adds. “For a long time I struggled with the science of how normalized that was and how I became desensitized to seeing it. My older self sees this all as a game, a game we plan to win. They literally put the most dangerous one behind the controller and now I got control. When people listen to this, I want them to understand this is not the basketball version of my mother’s son. But this is ‘Mani’ that never knew if he’d ever make it. PLAY TO WIN. DRIVE SAFE. THIS CAR AIN’T STOLEN”.

Iman. has given this project the 2014 Forest Hills Drive treatment with no features, not even from his superstar wife Teyana Taylor. This is what separates Iman. from the likes of other athletes turned rappers like Shaquille O’Neal whose albums were heavy with features. With this decision, Iman. is clearly looking to establish himself as a legitimate artist, allowing his own artistry to shine through and building a connection with fans.

One thing you notice with this album is Iman.’s tone. He demonstrates the voice control of a seasoned artist and tremendous breath control, perhaps developed through years on the court. He has clearly put time into his craft and knows how to use his voice in different styles. You also notice the quality of the hooks. They’re clever and well-written, whether he’s rapping or singing.

The other thing that stands out is that similar to Drake, he’s very intent and articulate with his words, allowing him to clearly communicate his ideas to the listener. You also see his versatility in giving you bars like a Golden Era MC, while also giving you melodic tracks and laid back vibes.

Simply put, this is an amazing body of work that should be mentioned among the best hip-hop albums of the year so far. With significant contribution from his go-to producer HeySamyr , the production is straight fire. While some artists drop projects with tracks that grow on you over time with a number of plays or a music video, with the combination of the production and Iman.’s delivery and content, these tracks hit you right out the gate.

“This Car Ain’t Stolen is about OWNERSHIP. Owning your art, Owning your voice, Ownership”, Iman.

There’s the first two tracks on the project “ANYONE DONT LIKE IT” and “IMA BE A RAPPER” followed by “DROP YA GLASSES”, a remix to Eve’s hit “BLOW YOUR MIND”.

There’s “PRADA”, which Iman. calls “an ode to celebration of self and fly fashion”. On the track he demonstrates his hook writing abilities.

Although he gives us bangers like “BUT I DO”, he shows he’s also able to slow it down and tackle deeper subject matter like faith, relationships, and growing up in gutter on songs like “FORGIVENESS”, “I DONT KNOW HOW” and “GUNS AND BUTTER”.

But perhaps the dopest track on the whole project is “I GOT CONTROL”. It features an up tempo, base heavy, genre bending production. But don’t be fooled by the beat. If you listen closely you’ll find very poetic writing as well. This song is repeat worthy and unlike anything we’ve heard before in hip-hop before.

Overall, this album is flat out impressive and hopefully represents a whole new chapter in Iman.’s career and his full transition from basketball into music. He’s seems ready and so are we.

This Car Ain’t Stolen, the debut studio album from Iman Shumpert, is available on all major streaming platforms.