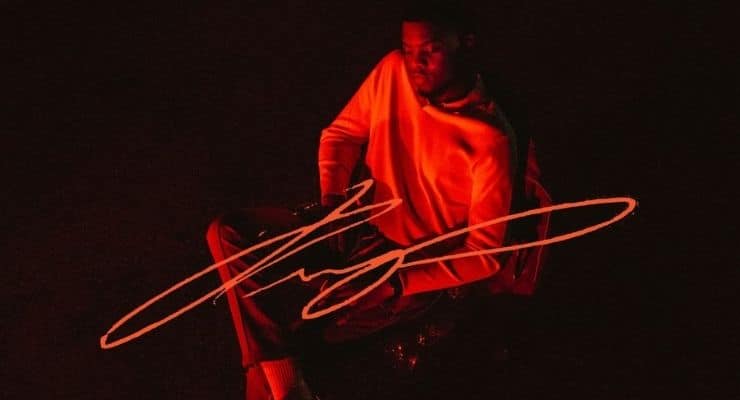 AP’S DEBUT ALBUM “INSINCERELY AP” WAS WORTH THE WAIT

The modern and flavourful sound of afro-beats has been contriving the future of rap, and that future has arrived with Ottawa-rapper AP’s debut album, Insincerely AP, out on all streaming platforms on February 25. After leaving us wanting more with his single “My Cry” featuring Lindasson in 2021, which gained notable traction on both YouTube and Spotify, this freshly-produced album is a testament to the young rapper’s rising stardom. Born and raised in Ottawa, the 22-year-old musician has put out eight singles leading up to the ultimate drop of his debut album, which features tracks with Berlin-born electronic superstar NYMA and multi-record producing Nigerian singer Buju.

“1984,” a pre-released single from Insincerely AP, gives listeners a tuneful taste of what’s to come with the rest of the album. According to AP, this single narrates his take on “the fierce and passionate bond that can be forged by two people in love. The song is dedicated to AP’s parents for their unconditional love and sacrifices to his career, which AP highlights in his lyricism: “Mama told me ima be someone, never stop oh no no.” The young rapper’s experimental blending of afro-pop rhythm and melodic jazz, produced entirely by him, is just the beginning of the journey through boundless genre-blending this debut album chronicles.

Just like some of the greats he looks up to, AP is a self-taught musician and doubles up as a performer and producer on most of his tracks. Each track on this cutting-edge debut album is anecdotal and segues the listener through the trials and tribulations of love lost and love found. The album’s stand-out track, “Dey For Me,” features Afro-Fusion Nigerian singer Buju — the juxtaposition between AP’s vibey afro-beats and Buju’s unique electric voice is bound to put AP on the map as a versatile beatsmith in the city.

Just like the explosion of hip-hop in the ‘80s and ‘90s, the future of afro-beats is clearly on the rise across international markets, in both a musical and cultural context. Universal Music Group just recently established a Nigerian branch which AP was one of the first to be signed on to — Insincerely AP brings this emerging genre to our front doors — a sincerely a sweet-toned must-listen to get you through the rest of this salty winter.

“1984” is now available on all streaming platforms — stay tuned to catch Insincerely AP drop while it’s fresh out on February 25.