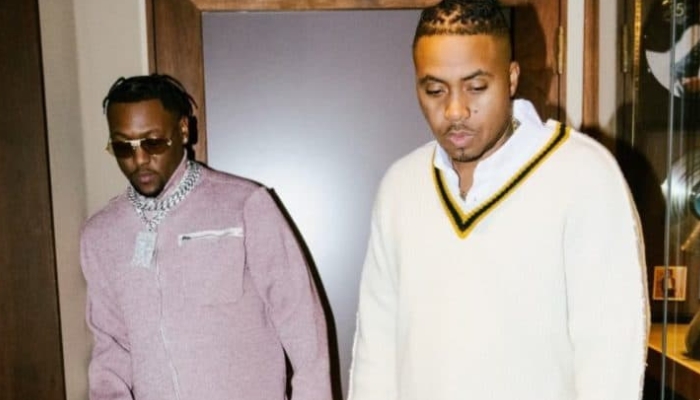 ALBUM REVIEW: KING’S DISEASE III IS NAS AND HIT-BOY’S BEST WORK YET IN THE KD TRILOGY

King’s Disease III––the third release from Nas and record producer Hit-Boy’s annual trilogy––is the duo’s best work yet. And it may just be one of Nas’ best projects overall. Check out the King’s Disease III album review right here.

While the 2020’s have been unpredictable, there’s one thing this decade hasn’t failed to produce each year. A brand new Nas and Hit-Boy album off of the King’s Disease collaboration.

It’s rare to see a rap archetype like Nas churn out album after album every year. One may expect the quality of his work to get diluted with the rapper’s increased frequency of drops––especially being in the studio with the same minds for each project. But Nas and Hit-Boy have proved that their chemistry and character as artists only gets more impressive with time on King’s Disease III.

Nas wastes no time in reminding his listeners that they’re in for a special occasion on the opening track “Ghetto Reporter”, saying exactly what was on everyone’s minds:

“Look yourself in the mirror, tell me times ain’t the scariest
For me droppin’ album after album, like it’s a various artist compilation
But it’s just me and HB and this shit take concentration
Niggas know I don’t drop this often, so cherish it (So cherish it)
Like your daughter’s graduation, kids marriages”

Both Nas and his fans know that he’s not one to rush. Esteemed for taking the time to thoughtfully curate his records, Nas typically fogoes quantity to ensure his albums have messages that outlive him. Perhaps it is the very realization of his own impermanence that has heightened Nas’ sense of urgency and led to these consecutive classics.

Rapping like he’s living on time that’s borrowed, Nas is in perfect synergy with Hit-Boy. It feels like the two have found a cadence that remains symbiotic on the entire record. KD3 is special. There’s diligence invested in its production––right down to the microscopic details. Sound effects sprinkled throughout transport listeners to the hustle and bustle of New York’s projects, reminiscent of Nas’ cinematic-style sophomore album It Was Written.

King’s Disease III is unequivocally the most sonically-balanced album of the trio, and Nas seems to confirm this analogy on “Ghetto Prisoner”, stating:

KD3 go harder than all of them.”

While I thoroughly enjoyed seeing Nas switch things up on King’s Disease I and II, at times it felt like he was competing with the beats. Overall, while both prior albums boasted gems, I found KD1 and KD2 to be a bit overzealous at times and veer experimentally in a way that distracted listeners from the overall concept of King’s Disease. This was not the case on King’s Disease III. From start to finish, the album feels exceptionally focused and intentional. Each decision Nas and Hit-Boy made makes sense. Unlike its predecessors, KD3 boasts no features. And quite frankly, it doesn’t need any.

Nas continues his winning streak on familiar-sounding old-school hip hop beats that resemble the classics his day-one fans grew up loving. A standout record is “Thun”. With contemplative strings and a grimy vibe that’s sure to bring out any rap head’s stank face, Nas pays an ode to his borough, Queens. Slick with the pen, he even gives a shout out to “Ether”, his infamous diss track aimed at fellow New York rap mogul Jay-Z with some humour:

Sometimes I text Hova, like “Nigga, this ain’t over”, laughin’.”

And for a final New York salute, he interpolates KRS-One’s notorious line from the Boogie Down Productions‘ classic ‘The Bridge is Over’, adding his own spin:

King’s Disease III feels both nostalgic and forward-looking. Its arrival is timely, following one of hip hop’s most high-profile and most tragic murders, and it speaks directly to hood politics and lessons learned growing up in the Queensbridge projects. On tracks like “Hood2Hood”, Nas uplifts his listeners, reminding them life is too short to live it in confrontation-mode all the time:

“If we all made niggas, then why is we beefin’?
When them Jewish brothers be chillin’ Shabbat Friday evening

Even in jail I hear the Latins got eachother back
Not us, we jump each other for the phone it comes to blacks
Don’t worry about nobody else tryin’ to energy match”

I got a bit nervous when I reached “Reminisce”, the track that splits the album in half. Only because, on first listen, “Reminisce” felt like the perfect ending for such an impactful album.

“Reminisce” sees Nas reflect on his highs and lows as a young person coming up from from the projects to the penthouse. Over a contemplative beat that samples “You Remind Me” by Mary J. Blige, Hit-Boy sets the mood right for a deeply moving tone. I couldn’t imagine Nas and Hit-Boy topping it off after “Reminisce”, but once again the duo prove it’s not over.

Instead of opting for a short and sweet Illmatic-favoured classic, Nas and Hit-Boy keep up the pace on the second half of the record. Despite coming in at 17-tracks, the album doesn’t at all feel repetitive, nor does it’s length take away from the album’s conceptual focus.

On “WTF SMH”, Nas proves he can forever hold his own in both the golden age of hip hop and the new rap generation. Nas calls out low vibrational opps on the gritty record before Hit-Boy expertly switches the beat as Nas transitions to a slower, more pensive flow.

More than just hip hop, Nas’ music is filled with lessons meant to guide a lost generation. He asks his Black brothers to call a truce before reaching for their strap. It’s deeper than rap, as Nas reminds us: “This is not a rap song why you callin’ it that? This is a audiobook, I’m an author on tracks.”

Nas paints with his words, breaking things down poetically for the fan who’s listening with both their mind and ears. His taste for poetics is most evident on “Beef”. Nas gets in his personification bag in a way only he can. Like his 90s classics “I Gave You Power” and “Last Words” where he speaks from the perspective of a gun and a jail cell, Nas again embodies the inanimate by bringing life to a concept every rap figure is familiar with: “Beef”.

Calling out how nonsensical beef can be, Nas takes possession of its notion. With masterful use of metaphors, Nas helps us realize that beef can be our own self-inflicted stumbling block, and worse yet, a deterrent in the progress of the Black community––a dilemma that is alluded to throughout the album.

The devil is a lie, I could confuse a genius
Have him movin’ real dumb over nothin’ at my convenience
When empires fall over women, I am the reason

Stirring us to look within and realize that our own time on this earth isn’t guaranteed, Nas and Hit-Boy ingeniously tie in the theme of King’s Disease with deep introspection. With designful poetics, they remind us that greed and its many faces: money, beef, fame, and lust, are a cancerous destruction in disguise that distract Black men from their true calling on Earth.

Get into to King’s Disease III by Nas and Hit-Boy above.

OPINION – FROM BLACK-ON-BLACK VIOLENCE TO DISSING WOMEN, BLACK MEN NEED TO DO BETTER