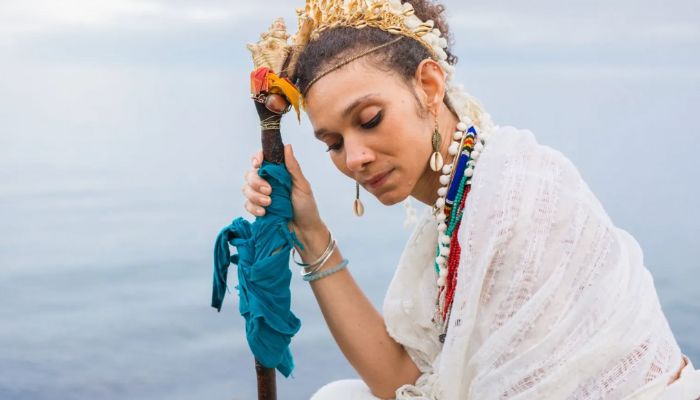 Directing the listeners to follow their journey through life, the collective’s recent release is in advance of the digital version of their previously released album, EmUrgency!, out November 25.

This is the collective’s latest single since their previous releases, Oshun and Eshu, and they have incorporated teaser videos in preparation for EmUrgency!, which is expected to debut on all streaming platforms on November 25th. In preparation for the pilot episode of EmUrgency!, an animated series that is co-produced with the rising Nigerian animation studio, Spoof Animation, the collective’s intention in this pursuit is to give exposure to Africa’s digital content creation scene and showcase the creativity within highlighting African spirituality and mythology. Both the album and show, EmUrgency!, speak to current social issues while addressing timeless themes contained in traditional mythology.

“Which Way is about facing choices without proper direction, as a result of being severed from land, from one’s traditions, language and the very knowledge of where we are from. It is about being treated as less than for choosing to walk close to the earth and ancestors, but it also contains an echo of the power that exists in recovering the very primal and essential connection to those beings. While it’s specific to my journey, it also speaks to a universal experience of facing choices, feeling lost and finally beginning to find one’s way.”

To speak more on this latest release, Which Way demonstrates Amai’s multidisciplinary range within poetry and songwriting through not only the relatable lyrics that detail self-reflection, self-actualization, and independence but through its fluidness within the artist’s signature poetry, vast yet soulful vocal range and the purpose to reclaim African Indigenous spiritual traditions in the wake of colonization.

Amai also provides a unique drawl in her vocals and paces her flow more slowly to match up with the essence of the lyrics, which brings a similar approach to how certain mainstream contemporaries emphasize their vocals such as Elle King, Amy Winehouse, and Jorja Smith. The chorus has a sweet vibe as she layers her vocals while providing a refreshing flow and transitions her pitches, line by line.

Resonating bass resonate in the introduction, complemented by layered keys in the background, a sound that is similar to what Linkin Park and Evanescence did within their own production in previous projects. In the middle of the song, the flow switches when Amai enunciates a unique ode within the pre-chorus and tends to make her flow chopped while providing much emphasis on the last word of each line of the stanza. The final bridge contains a vibrant amount of ad-libs and switches back with the original pre-chorus.

EmUrgency! has a dense reflection on the singer’s influences such as Afrohouse, Motown, alternative rock, hip hop and downtempo and also highlights Amai’s Trinidadian heritage and Toronto upbringing in various songs. The album speaks to the struggles, wisdom, and joys of Amai’s journey, being guided by ancestors and Orishas, and staying true to her calling as mother, healer, warrior and artist, despite the many obstacles facing Black, queer women in the music industry and society at large. On the songs, Amai delves into African Indigenous spiritual traditions, connecting with gods and deities of Yoruba cosmology, the anti-colonial war for survival, unconditional love, honouring elders, as well as the inner child and how to preserve it in times of struggle.

Amai is also passionate about their initiative, the Sankofa Maroon Village (SMV), currently raising funds (see GoFundMe page) to establish the first Black eco-village in Canada. Sankofa Maroon Village is a physical and metaphysical space for African-descended folk to rebuild a healthy, ROOTED, sustainable community. You can find out more and support this powerful project here.