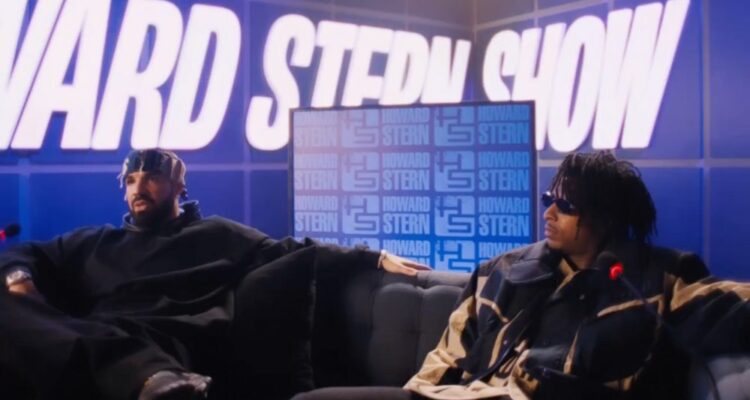 OPINION – FROM BLACK-ON-BLACK VIOLENCE TO DISSING WOMEN, BLACK MEN NEED TO DO BETTER

In his latest column, SHIFTER’s Kevin Bourne says that from Black-on-black violence to dissing women, Black men need to do better.

I’ve been in a very introspective headspace lately. Since Migos member Takeoff was murdered last week I’ve been feeling sad; not just for him but for the state of Black culture. I eventually got over it, but that wave of sadness came back a few days ago when Drake and 21 Savage dropped their new album Her Loss.

This was an album I was looking forward to. I mean, Drake is my favourite artist and he’s from Toronto. What he’s accomplished in the industry as a Canadian is beyond what anyone could’ve imagined.

The album itself is excellent sonically, but it also left me feeling a bit sad. I recently had a conversation with someone who said, “Drake is at his best when he’s toxic, misogynistic Drake.” I didn’t agree. Drake has always been at his best when he bore his soul on a record. He made it okay for a whole generation of young melodic rappers to be open about how they’re feeling. That’s a big part of his legacy.

But this is bigger than Drake; it’s about the state of Black culture. Along with the murder of Takeoff, I’ve been asking myself, “What are we doing?” Like seriously.

Over the past few years we’ve pointed the figure at white people and White Society telling them they’re the problem. But at some point we have to look within.

Snoop Dogg’s Doggystyle was the first time I heard women being referred to in a derogatory way. That was almost 30 years ago. Recently, I was thinking to myself, “Are we still doing that?” It just seems lame and corny to me now, especially now that I’m a father of a Black girl who will soon grow into a young Black woman. That’s what made me sad. This past weekend, it really hit me what she’s going to face in life as a Black woman (as much as I can possibly understand as a man). The sad thing is a lot of the bullshit she’s going to face in life is probably going to come from Black men.

I’ll also say we’ve failed our youth. We need to ask ourselves what kind of example we’re setting. Some may say, “Chill, it’s just music”, but music and words become mindsets, and if adopted by enough people, mindsets become culture, and then culture affects behaviour. Hip-hop is one of the most influential forces on the planet and Black people are one of the most influential people groups. How is that power being used?

As Black men, we need to take some time to redefine what it really means to be a man, because this ain’t it. There’s a lot of immaturity out there that we’re trying to masquerade as manhood, perhaps because nobody showed us how to be real men.

Beyond women, we need to take a hard and honest look at the content artists and creators are putting out there. “To whom much is given, music is required” and “With great power comes great responsibility” come to mind. What are we doing with the voices and platforms we’ve been blessed with?

I admit that I like a little tough talk in hip-hop, but in light of Takeoff being murdered, is the messaging in our music partly to blame? There are lot of things we chalk up to, “Well, it’s just hip-hop”, but there comes a time when you have to question whether certain things are still serving us. Everyone and their mother are out here talking about “opps” and “Dracos” then wondering why our people are killing each other.

I don’t support everything he says, but this is what Ye, formerly Kanye West, meant when he said our people are sick. We’ll lose someone to murder or see certain generational behaviours, and keep doing the same things over and over again. Some things are trauma and others are just choice.

Real men are needed right now. Men of character. Men who love, cover and protect. Men who are ready to do better. Simply put, it’s time for real men to stand up.