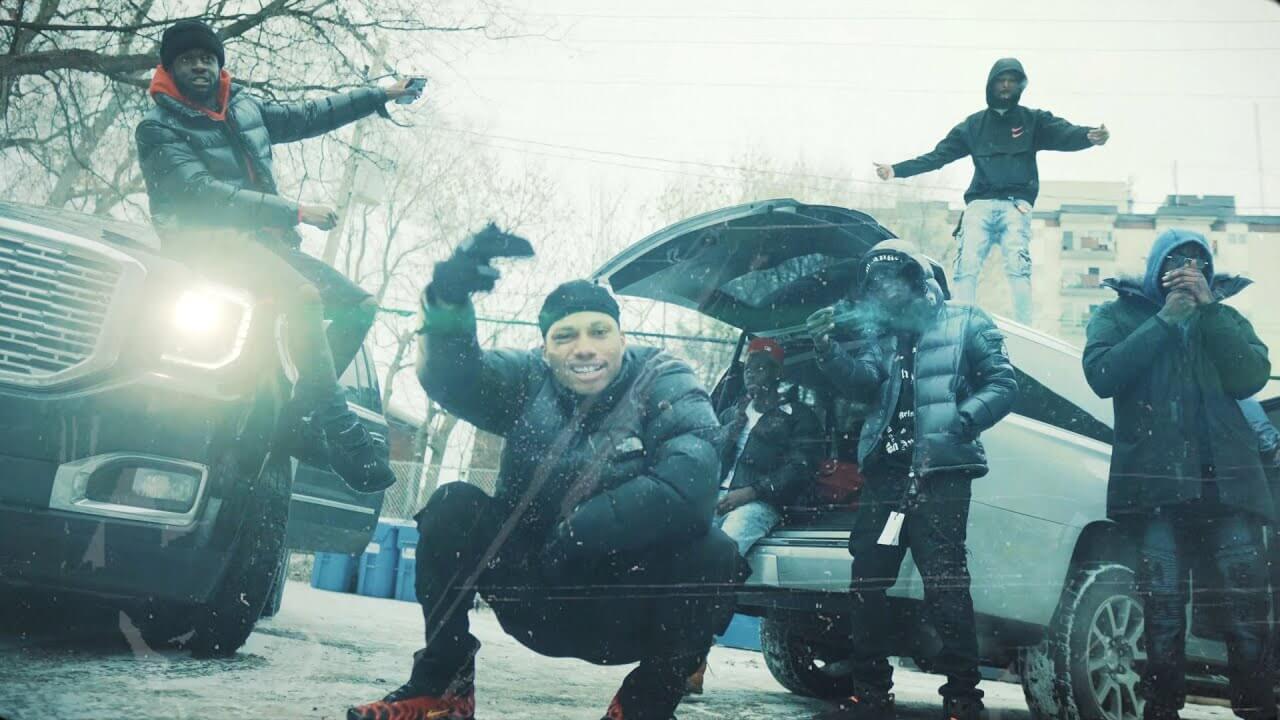 NIGHT LOVELL, FTG REGGIE AND LINDASSON’S “A LOT” IS A “PUFF OUT YOUR CHEST MOMENT” FOR OTTAWA

Last week, Ottawa rappers FTG Reggie and Lindasson took to Instagram to post what will no doubt be remembered as an iconic Ottawa hip-hop photo – the two alongside Night Lovell, who is considered by many to be the #1 underground rapper in Canada, sitting on a GMC truck. The photo was teasing an upcoming single, one of the biggest local hip-hop collaborations in recent memory.

Today, the trio dropped their new track ” A Lot”. The song was produced by Ottawa producer CR Beats and the video shot by Ben Telford. According to Lindasson, the whole thing came together pretty quickly.

“Basically, I sent Night Lovell a pack of beats from a producer I work with (CR Beats) and he chose one, then laid his verse down”, Lindasson told SHIFTER.

“He mixed his own part and sent it back to me. Then I recorded my verse in my kitchen. I had Reggie come over to my crib to record his verse a couple days after and I mixed me and Reggie’s verses. We shot the video the following week to two weeks after the song was done. There wasn’t really a message or concept behind this one. We was just having fun and rapping…just wanted to make a good song.”

Although the collab is a big move for the city of Ottawa, the single continues to reinforce the west end’s reputation as a hotbed for local talent. As FTG Reggie told SHIFTER, “West side is the best side, ain’t no competing.”

While Lindasson only met Lovell last December through mutual friends, he goes back much farther with FTG Reggie. The two have known each other since childhood, growing up as neighbours in Ottawa’s Caldwell neighbourhood.

“Me and Night are from the same side of town and got one or two mutual friends so we’ve heard each other’s music. Reggie, I’ve known since a kid”, Lindasson explains.

No doubt, the new single is a puff out your chest moment for Ottawa that will hopefully inspire more collaborations among capital’s leading artists.

“A Lot” is available on all streaming platforms.

LINDASSON GETS DEEP AND PERSONAL ON HIS SELF-TITLED DEBUT RELEASE