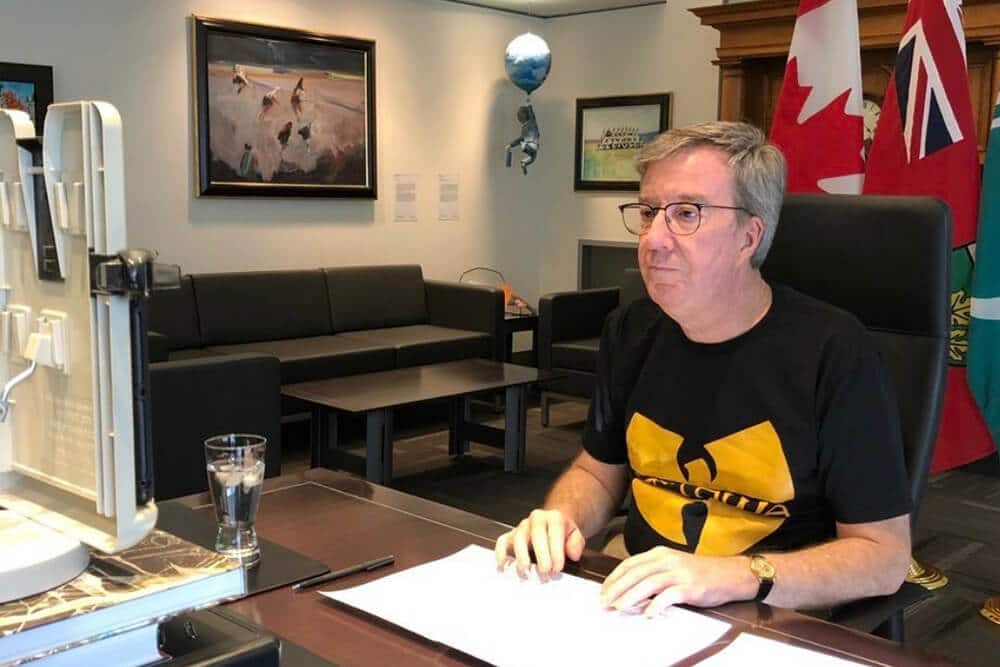 The Notorious BIG retro jersey photo. The Snoop Dogg Bluesfest modern jersey photo. The Rhianna heritage jersey photo. These are among the pantheon of iconic Ottawa hip-hop photos where pop culture and Canada’s often maligned capital city intersected but for a moment, and today they got a new member.

Residents of Ottawa, Canada woke up on Wednesday morning to find a photo of mayor Jim Watson wearing a Wu-tang t-shirt at the office. It was worn in support of the “A Better Tomorrow”, a collaboration between the Wu-tang Clan, 36 Chambers ALC, the Ottawa Mission, the Ottawa Food Bank, and the Children’s Hospital of Eastern Ontario to raise funds for people in need in Canada’s capital.

At least for one day, Ottawa was home to the coolest mayor in Canada.

Seeing the Ottawa mayor in a Wu-Tang t-shirt made me wonder, “If mayor Watson were a member of Wu-tang, what would his name be?” We asked our readers and social media followers to help us generate some names for Wu-tang’s newest unofficial affiliate and members of Ottawa’s hip-hop community chimed in.

Meanwhile, Gatineau, Quebec music producer Quest weighed in on our Instagram Stories with his own suggestion of “The WZA”.

Even film director Maxwell McGuire got in on the action with “Otto-Watson”.

Then alternative hip-hop artist DRAE ran the mayor’s name through the Wu-tang Name Generator and got “Mad Artist” and “Smiling Wizard”. 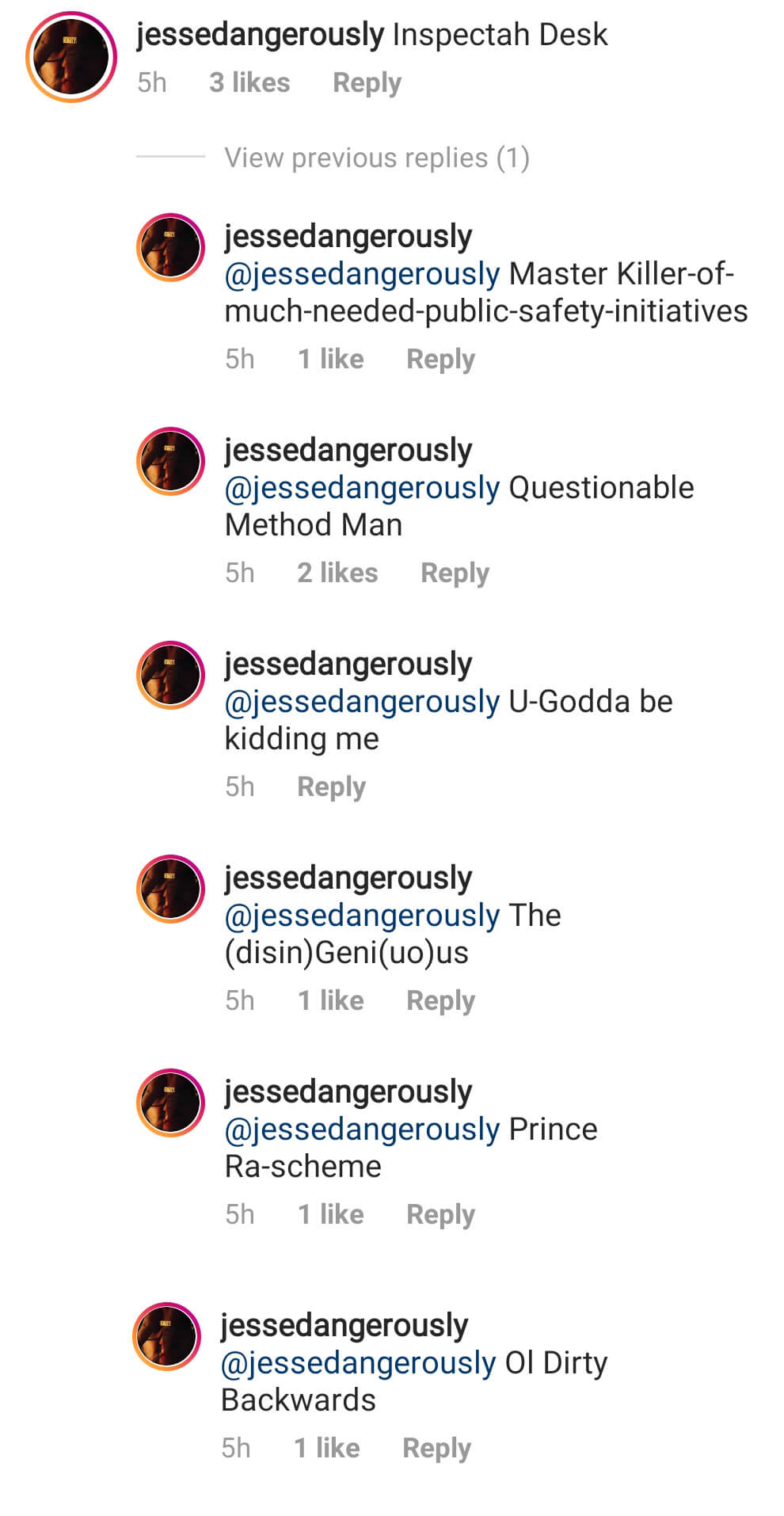 Hands down, the most popular Wu-tang name suggestion came from DJ So Nice, one half of the hip-hop duo Buck-N-Nice, with “The Light Rail Killa”.

We also got name suggestions from as far as Toronto and New York. On Instagram, @nyc_bornandbred ran a Wutang Name Generator and got “Tracker Sorrowful”.

We went through all the submissions and have come up with the top 10 Wu-tang names for Ottawa mayor Jim Watson generated by our readers and social media followers, and we kept it lighthearted and classy. Visit our Instagram and Facebook pages to see all the name suggestions.

10. U-Godda Be Kidding Me (Jesse Dangerously)

We would love to hear from you. Weigh in with your own Wu-tang names for Ottawa mayor Jim Watson.