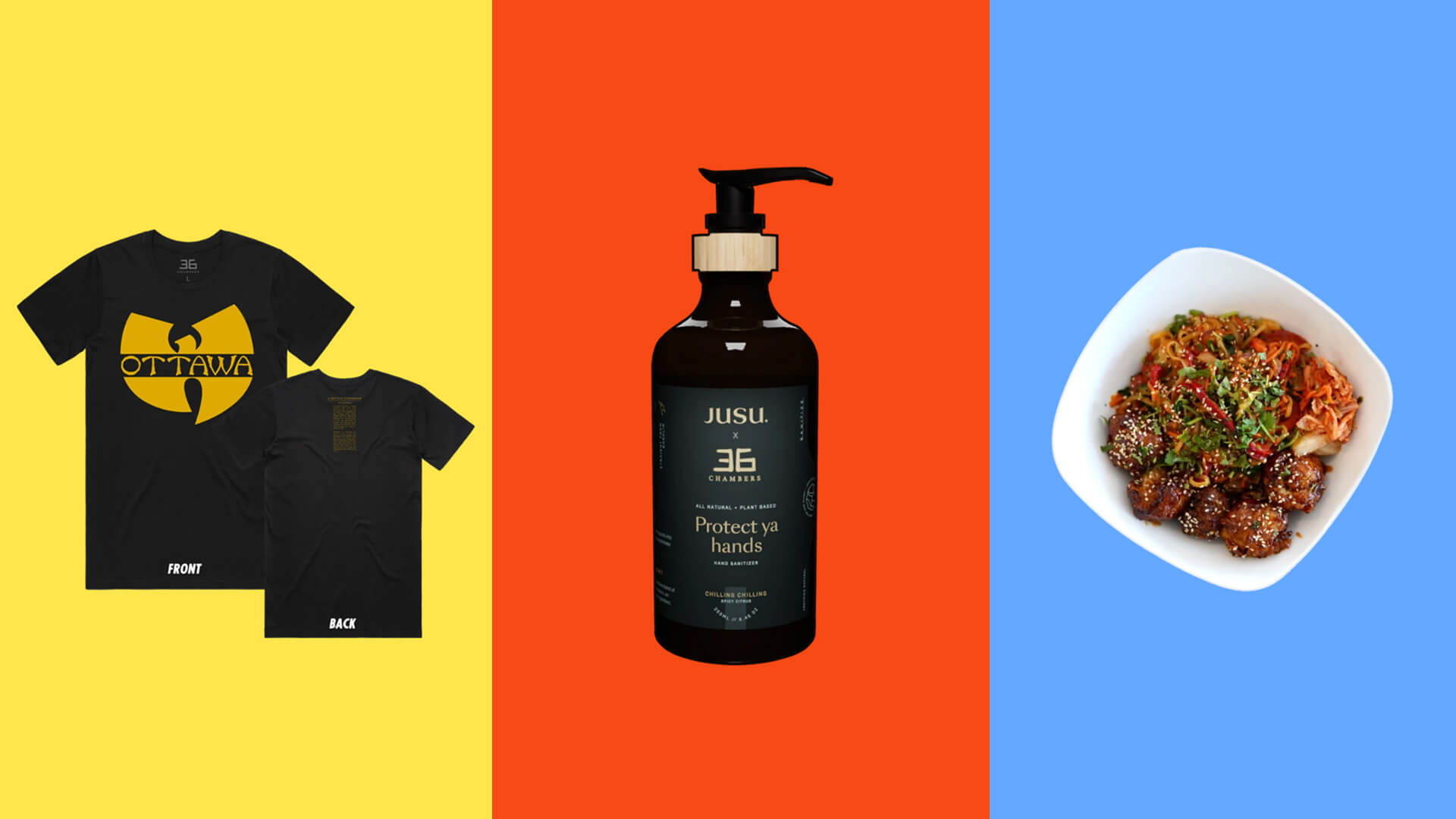 By now you may have seen pictures of Ottawa mayor Jim Watson donning a Wutang Clan t-shirt at his desk at City Hall. While some have speculated it is nothing more than a good Photoshop edit, the mayor did in fact wear a t-shirt from hip-hop’s most legendary group in support of the “A Better Tomorrow” initiative, a collaboration between Wutang, 36 Chambers ALC, the Ottawa Food Bank, Ottawa Mission, and the Children’s Hospital of Eastern Ontario. Other community partners include Shopify, Clever Print, Pure Kitchen, Jusu and Mieux Digital.

Under the partnership, select products will be sold with the proceeds going towards helping people in need in Canada’s capital. Products include the “OttaWu: 36 Chambers x Ottawa t-shirt”, Protect Ya Hands: 36 Chambers x Jusu Hand Sanitizer”,  and “The Saga Continues Bowl” in partnership with local restaurant Pure Kitchen with 100% of the profits going towards frontline workers at the Children’s Hospital of Eastern Ontario.

The fundraiser comes on the heals of the group’s initial donation on April 2nd to a campaign by the Ottawa Food Bank. Withing 48 hours, another $280,000 in donations were raised. Inspired by the thousands who donated, Wutang followed with today’s announcement.

For more information about the “A Better Tomorrow”, visit ottawa.36chambers.com.