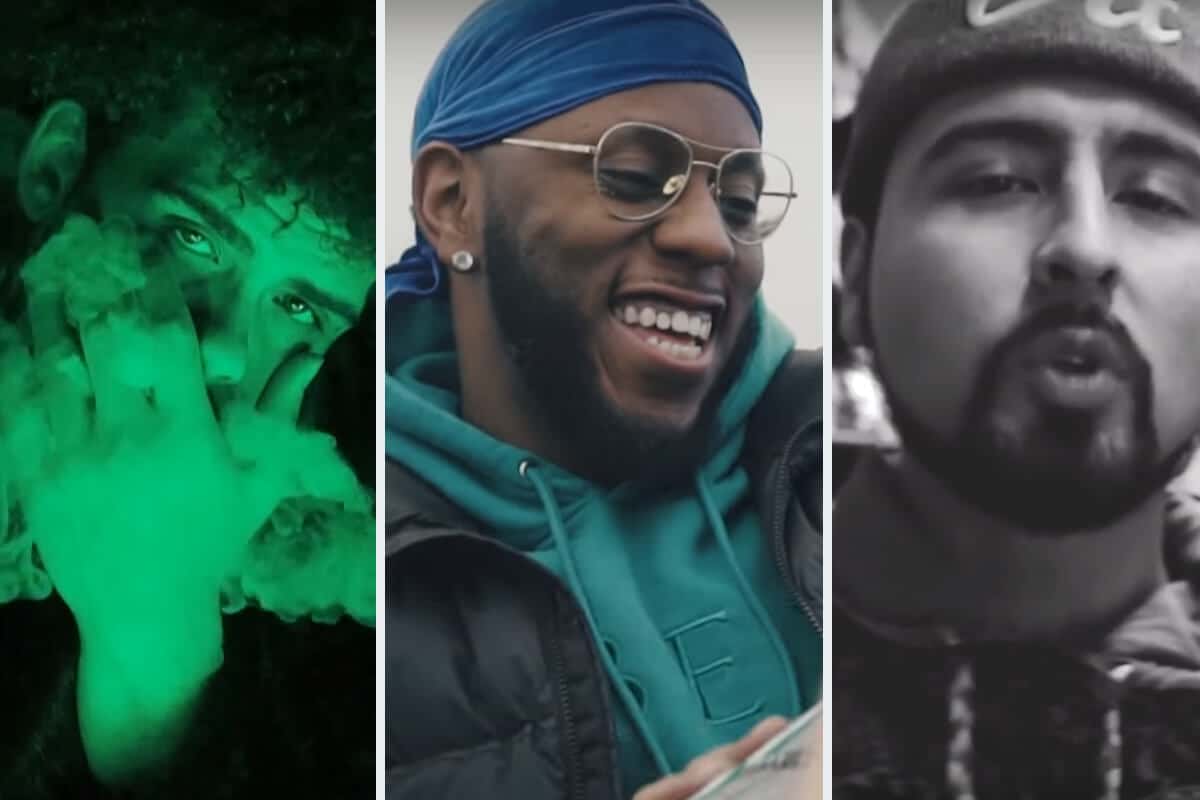 To start the year, we have our longest Ottawa music video roundup ever with 10 videos from the likes of Cheko Salaam, Huey Draper, BLikeBrett, Hevve and more. Similar to December, we’re continuing to see Ottawa being featured in different ways and the bar is being set higher and higher.

New to this month, we’re asking you, the fans, to vote for Ottawa’s Video of the Month. Check out the videos below in order of release date, then help us crown the top video in the city for January. If there are any videos we forgot make sure to comment below.

Our video of the month for January is Rolling Stone by Anka x Karma x Soul Physical as voted on by the fans.

VOTE: What was the top music video in the capital for January?

This video is probably the most cinematic video on this month’s list. It opens with Anka doing an intro in French and some cool cinematic drone shots of downtown Hull. It’s always nice to see Gatineau featured in a video and these guys do the city across the river justice. Musically, some of the vocals need to be cleaned up, but overall Jamal Jackson and Dino César did a great job directing this video. From the outdoor shots to the club scenes, there’s a high level of quality that’s up there with any mainstream artist.

This is the first video from Hevve’s latest project V. Shot by photographer and music producer Quest and edited by WGM Visuals, the video features footage from a recent show at Live On Elgin and a late night rehearsal session with fellow SND TRK artist Timal Garnier who also makes an appearance in the video. Also visible in the video is Hevve’s signature green colour scheme and lots of vape smoke, another Hevve stable. From the speed changes and the way the video jumps to the transitions and filters, this has to be the best edited video on the list. (full disclosure: Hevve is represented by SHIFTER Agency)

This video comes from two local music vet, Aspects and Dynamic. The video features the two rappers standing on the abandoned Prince of Wales Bridge with Aspects playing the guitar. Interspersed are scenes of inner city life―gangs, skyscrapers, police officers breaking door down, a mother crying. Looking at the young men dying in our streets, it’s the most socially conscious song and video on the list and a good contrast to the others we’ve seen so far. On a side note, Dynamic sounds dope on the acoustic guitar beat.

This is some classic hip-hop from Tapas and Missing LinX member Cheko Salaam. We’re supposed to be talking about the video but this is pure bars. “Broke the levee, can’t hold the wave. Master chain can’t hold back the slave. All my love live beyond the grave, so the sun gon’ write when they throw the shade”. He’s such a pure artist and this video is an extension of that. It’s very simple, just black and white, but it gives off a very artistic and poetic vibe. You don’t find yourself getting distracted watching this video. It allows you to just take in what he’s saying and everything that’s happening on-screen. This is real art. If you’re an insecure rapper don’t watch this; you’ll start wondering what you’re doing with your life.

Raw Rhythm’s video for “Burn Out” has amazing camera quality, directing and editing. It features sports cars, girls, and blunts. Definitely one of the more professional videos on the list.

This is the only rock music video on the list. It’s pretty simple. No Hits performing in a basement.

Hands down the best track on this list. If your out of town friends tell you Ottawa music is wack you need to play this for them ASAP. It’s also the most creative video on the list. Produced and directed by Heirmanos, it includes a mix of illustration, standard shots and green screen, including Huey Draper and JUWN on a Monopoly board and surfing up in the clouds.

This video also has the strongest replay value of all the videos on this month’s list. Just putting this list together I watched it five times before moving on to the next video and I’ll probably watch it at least another five times. Also making an appearance in the video is a lot money, weed and girls…and Huey Draper and JUWN sitting in a field surrounded by goats (probably symbolic).

This video features a ski mask wearing OTG Stiffy and Eazy Finesse in the parking structure in the Byward Market. The Rideau Centre and the market also make an appearance (I imagine a guy wearing a ski mask in the mall, even it’s after hours, looked kind of suspect). The video shows a part of Ottawa you don’t see a lot in music videos. From the 2:33 to 3:00 mark is a pretty cool sequence and the slow motion shots in the market at the end are well done. Musically, OTG Stiffy and Eazy Finesse compliment each other very well.

BLikeBrett’s “Talkin’ Smack” takes place on the set of a photo shoot at Studio Huit Dalpé in Gatineau. It has a fun posse vibe featuring BLikeBrett, Hevve, Connor Tadao of Flee Normality, Timal Garnier and yours truly. That’s right. I made my music video debut making a cameo in this video. Hevve is the only artist to make two appearances on this month’s list. There’s some slight comic relief in there when the fans started blowing through BLikeBrett and Hevve’s straightened hair.

The video for DRAE’s “Higher” was shot completely with a Go Pro. It’s set in Kona, Hawaii on lead vocalist Andre Thibault’s vacation. It features some cool shots of paradise including scuba diving, sunsets, beaches and swimming with the dolphins. After you watch this, don’t look outside for a while; you might get depressed.