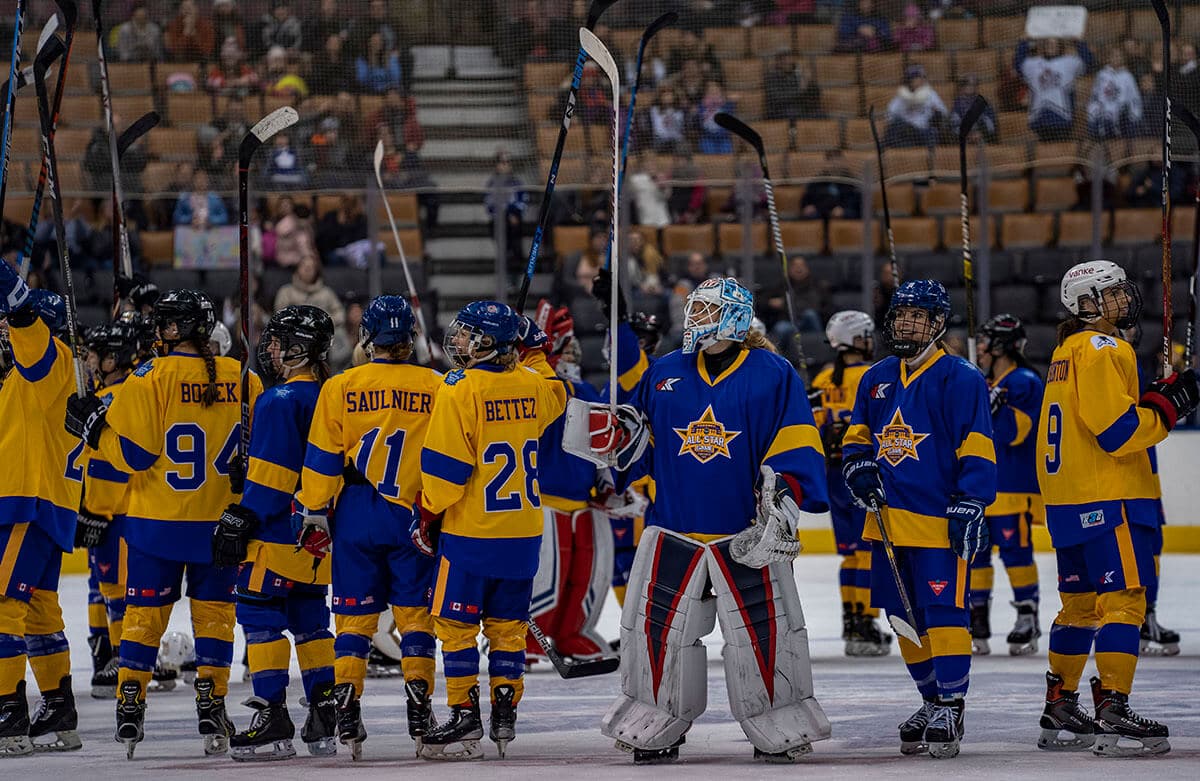 OPINION – CWHL AND THE STRUGGLE FOR WOMEN’S EQUALITY IN SPORTS

Female and male athletes are currently held to different standards. Case in point, over the course of modern history, female athletes have been fighting for things like equal pay and still are to this day. Despite significant pay increases and increased media coverage, it isn’t enough. According to Women’s Sport and Fitness Federation, women’s sports only receive 7% of media coverage and only 0.4 percent of commercial investment goes to women’s only sports.

Women often brushed off and not taken seriously if they dare say, “I can play that sport too”, but in the case of professional hockey this is the case probably more than any other sport. I recently attended the Canadian Women’s Hockey League (CWHL) All-Star Game in Toronto and what I saw was a strong female presence in the stands. I saw mascots who were feminized to suit the fanbase– picture Carleton the bear from the Toronto Maple Leafs but with eyelashes and a poorly sewn head making the “face” smaller and thinner.

I also saw little girls looking at superstars like Natalie Spooner, Sarah Nurse, and Liz Knox, thinking maybe one day they too could play in an All-Star game just like them. The CWHL All-Star Game was a place for young talented athletes, Olympians, and other incredible individuals to show they’re just as exciting to watch as an NHL game. The CWHL has two goals– one, to create a space for the highest-level of women’s hockey and two, to create a future for the sport of women’s hockey. In hosting the CWHL All-Star game I believe the organization has been able to connect with the younger generation.

Young girls are looking for older, experienced, female athletes to look up to and will ask their parents to put them in that sport because of that specific athlete, however how are these little girls supposed to look up to these female athletes if there’s no interest from the media? The spectacle around the CWHL All-Star game wasn’t advertised compared to the NHL All-Star game, even to the extent of an NHL game. This demonstrates that a women’s sporting event is less desirable, meaning less media coverage. Women in sport need to be exposed more, and for that to happen we need more TV broadcasts, radio shows, etc. taking interest in the product.

As this was the Canadian Women’s Hockey League’s first time holding this event at the Scotiabank Arena in Toronto, I believe they were successful for the most part. The league is able to take away multiple pros/cons and work out their issues for the following year. Although the media coverage and attendance were not desirable, I believe that, one way or another, the public will come to realize that women’s sports deserve just as much respect and viewership as a men’s game.