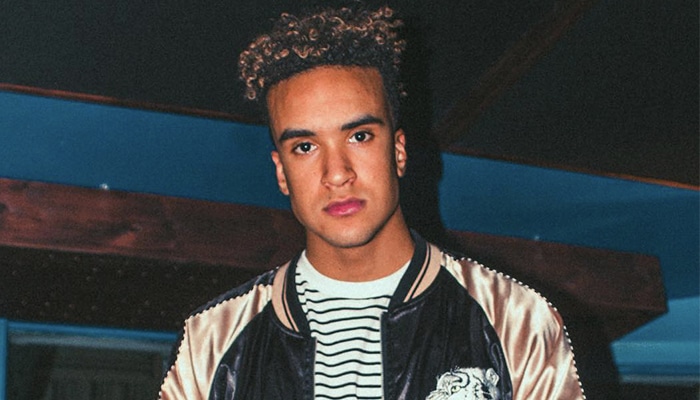 The Hustle by Malik offers 21 self-produced, sonically diverse songs that speak to the power of persistence in pursuit of dreams.

When many think of the Soundcloud era, they think of the industrious underdogs, the underground, and the hidden gems. Melodic rapper Malik embodies all these qualities and owns them.

This Ottawa-grown artist has achieved many milestones to support the release of his album, The Hustle. From opening for YBN Nahmir, having his first EP rack up 250,000 streams on multiple platforms, charting on Soundcloud, and officially starting his company “Cake Records”, Malik is truly self-made. He has lived up to the title of his debut album, and now he’s sharing the recipe for his success on The Hustle.

At 22 years old, and with the business acumen to match his musical ambitions, Malik is what many would dub a prodigy. However, this is no shock given that Malik was involved in music before the age of one. “I think my persistence and confidence stems from the fact that I practice my music religiously. I’ve been doing music since a young age (approximately 8 months old), and I’ve been fused to it since then.” Malik stated regarding his work ethic. Following his early experience with music, a majority of his life was spent focusing on music competitions and learning how to do many key roles himself. The Hustle is completely Malik’s own creation. He handled production, recording, mixing and mastering. In the music industry, taking the time and effort to teach yourself how to do these key roles is a huge asset and plays into how much advantage one artist has over another.

The Hustle is a merge between Malik’s RnB smooth vocals with hip hop beats sharing a pop flare. This is highlighted on the first track “Afterparty.” Some songs have a more melodic focus such as “Whole Heart”. Yet, several songs are heavily rap influenced such as “Lurking” which gives a darker more grimy feel or “Ta Ta Ta” which is a contrasting feel-good vibe. The video for “Ta Ta Ta” has over 88,000 views since its premiere on June 16th.

This music video, directed by Guy Teixeira, transports us into a dreamy aura, which matches the melodic energy of the track. Malik chose a progressive take on the video, sending out a casting notice for models of all skin colours and sizes. The diverse group featured in the video shows that rap is moving forward in the right ways. Malik expressed that his view on Canadian hip-hop is that the old will always influence the new, yet the video for “Ta Ta Ta” shows that the artist is ready to let go of some more dated video styles. “I think the next generation of Canadian hip hop will be like the previous generations, because I think music is revived in new forms,” He shares. “For example, a lot of the best music from the previous generation is included in the hottest music of today (through sampling, similar cadences, flows, etc…).” Being sure to pay an ode to those who came before him while still managing to add his own distinctive flair, Malik does indeed approach music with a mindset of reviving the classics.

Supporting young hustlers in the game is crucial to how the music industry’s future looks. For Malik specifically, he claimed that this future is one he will keep pushing for following his overseas tour. “I’m planning my overseas tour, and aiming to release more music-videos this summer…I’m excited to keep going.”

The future is looking bright for Malik. And thankfully, he’s giving us all front row seats to watch the hustle unfold.