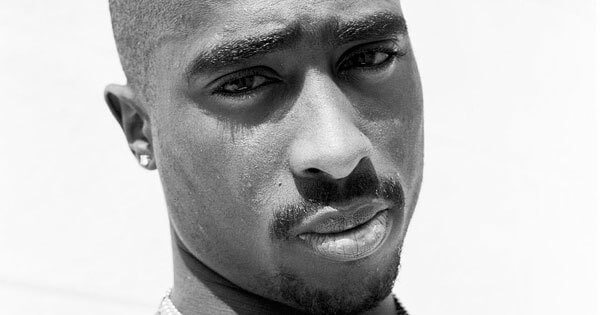 Rock had John Lennon, R&B had Marvin Gaye and Hip-hop, we had Tupac. Like Lennon and Gaye, as an artist Tupac used his craft and platform to bring social awareness and change the way people think. Like them he also died too soon.

Today marks the 20th anniversary of Tupac’s death which has some of us reminiscing about where we were when we heard the news (and reflecting on how old we’ve become).

Tupac has been one of the most successful recording artists in the world, selling over 75 million albums worldwide. His 1996 classic All Eyez On Me is considered the first double album in hip-hop. Since his death he’s had 10 albums go platinum, more than when we was alive, and is one of the top earning dead celebrities earning $7 million, $12 million and $5 million from 2002 to 2004. For me it has me asking how Tupac has become the icon that he is and why he’s had such a big impact on culture even after his death. Of course there’s always a certain intrigue and canonization around artists who die in their prime, but for Tupac it’s different.

There are two reasons why I believe Tupac was as influential as he was and still is today. First is his artistry and message. Whereas other rappers in the mid-90’s were flashy and witty wordsmith MC’s, Tupac was a poet and social commentator. Like Prince, his favourite artist, he was a part of the industry yet distant from it.

For Tupac, rap was just poetry or storytelling, whether there was a beat or not. He started out writing poetry in junior high and eventually transitioned to rap when he heard other poets, or rappers, on the radio. This is in stark contrast to other rappers who grew up writing your typical rap lyrics. What this tells us is that Tupac had a message before the music. He was also a dancer and actor. He joined the Harlem-based 127th Street Repertory Ensemble theatre group at 12 years old and later studied acting and dance at the Baltimore School for the Arts.

His message and strong opinions, what he was most known for, were forged by his upbringing in a Black Panther home. Whether you agreed with his opinions or not, you had to respect that he was using his talent and influence to say something. Tupac used rap like Twitter; it was his place to share his views and inform the world on what was going on. He was a product of his artistic training and political genealogy and in the end we were left with some of the greatest creative protest and social commentary hip-hop has ever seen.

The second reason Tupac is still influential today is because he was comfortable in his own skin and didn’t change for anyone. You could call that authenticity. According to CBS News, Tupac was cast in Cool Runnings, Higher Learning, and How To Be a Player before his death. Can you imagine the guy who recorded Two of Amerikaz Most Wanted appearing in a comedy starring John Candy? Tupac was one of those rare talents who was respected in the streets and in Hollywood (at least he was beginning to be). He also didn’t allow either environment to change him or hold him back from doing what he wanted to do. He found his own lane. As Frank Sinatra would say, he did it his way.

Today many artists seem to be the product of corporate engineering with their artistic talents taking a back seat. Tupac’s legacy reminds us that creativity and art are important and so is the message. When so many people are worried about their personal brand, he also reminds us to be ourselves and to not let others define who we are. Thanks for giving us a lot to think about, Tupac, even after death.