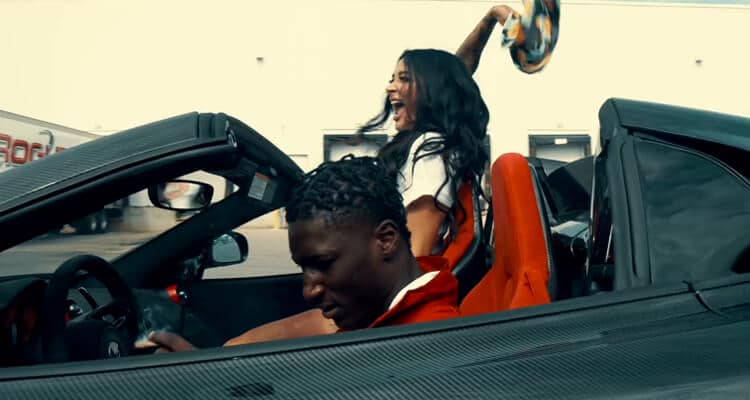 Today, British-born, Toronto-based DJ and producer, Unimerce, returned with her latest single “Life” featuring scorching hot rapper and singer, Lil Berete. The single is a follow up to her previous release “What You Sayin?” alongside R&B artist Nadia Stone which has garnered almost 230K views on YouTube so far.

For the now frequent collaborators, their latest single came together rather quickly.

“I definitely made it with Berete in mind. He was coming in the studio the next day”, Unimerce told SHIFTER in a recent interview.

“Normally, if I know someone is coming in for a session I’ll make beats particularly for them in my own style of how I feel how their voice would sit on it. Berete’s drums are always kind of the same – he loves really fast, 160 BPM beats; the hard 808’s, the really fast high hats. So I did have him in mind. When he came in, it was one of the first beats we played and he just jumped on it.”

True to form, Berete blends melody and aggression on the new single as he tells the story of his upbringing and the trials and tribulations he has faced along the way.

His lyric “I swear my life is a movie” inspires the Fast & The Furious themed visuals shot and directed by Marcus Letts depicting a racing suit wearing Berete and Unimerce speeding in a sports car. It then transitions to an action theme with explosions and a now camo wearing Berete looking to narrowly avoid death.

Fans of this pairing may not have to wait much longer for more music. According to the DJ/producer herself, there’s a lot more where that came from.

“We have a lot in the vault. I’m really excited to bring some of those out.”

“Life” is available on all major streaming platforms.