After Woodstock 50 was officially announced earlier this year, the full lineup of the highly anticipated three-day festival was released on Tuesday.

Having had the time to look through the multitude of acts that will be performing this August, I noticed a major change from all previous iterations of the festival.

What used to be a mainly rock-oriented event is now morphing into a mishmash of different genres, which I have to say, feels kind of odd.

Now, I’m well aware that the music scene is completely different now than it was 50 years ago, but this lineup strikes me as a Coachella clone more than a fiftieth anniversary of the iconic festival that was known for its legendary rock acts and its part in the counter-culture movement.

That being said, this new-look Woodstock still showcases plenty of noteworthy artists, so I thought it would be a good idea to go through five hits and misses from the Woodstock 50 lineup.

Being one of the handful of artists that played the original Woodstock festival in 1969, Santana is sure to connect with every generation of festival-goers. With his recognizable hits such as Black Magic Woman and Oye Como Va, the smooth guitar-playing icon is a lock to get the fans going at the fiftieth anniversary of the iconic event.

Although an act of Change the Rapper’s nature would not be around in 1969, he definitely deserves a spot in this lineup. I believe his lyricism, jazzy beats and gospel-inspired melodies will fit seamlessly in the modern iteration of the festival. With Woodstock being known for its rich musicality, a hip-hop act of Chance the Rapper’s calibre is a perfect fit for a Woodstock festival in 2019. 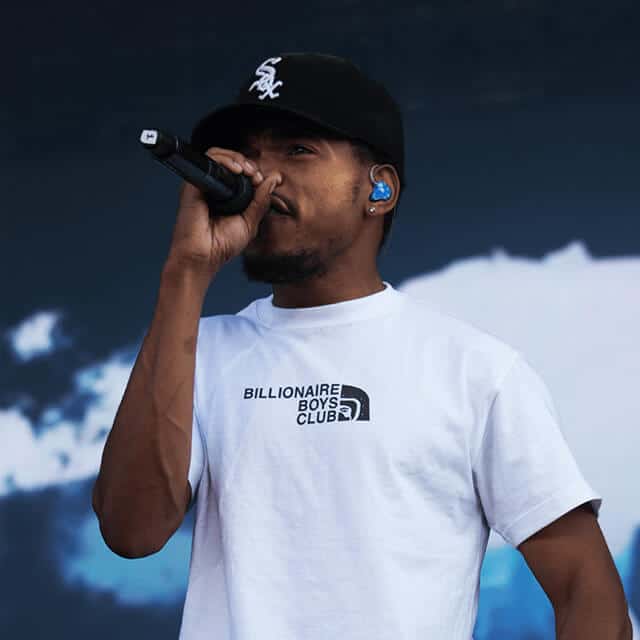 As one of the most successful rock bands of the 21st century, The Killers can be counted on to deliver a great show. Anthemic hits such as Mr. Brightside and All These Things That I’ve Done will be sure to get people moving during what promises to be a great set. The Killers are also a great fit since they’re known for their philanthropic ventures that fit Woodstock’s over-arching mission of helping heal the planet and the people living on it.

Having a highly successful female artist is a definite must when celebrating a festival that previously showcased artists of Janis Joplin’s stature. With Monàe coming off her critically acclaimed album Dirty Computer, she brings elite musicianship to the festival in the form of a fresh-sounding soul pop act. Her musical acumen combined with her activism make Monàe an excellent choice for Woodstock 50.

With their rock act reminiscent of early Led Zeppelin, Greta Van Fleet are a welcome addition to the festival. Known for their energetic performances, catchy blues-influenced riffs and expressive vocals, Greta Van Fleet are going to fit right into a Woodstock lineup that lacks raw, old-school rock that became synonymous with the festival all these years ago.

Miley Cyrus might be a great singer, but her musical act doesn’t strike me as something that would appeal to the Woodstock crowd. Her image might be slowly changing from teen pop star to a more mature singer-songwriter, but it just doesn’t feel like she has the body of work necessary to fit the festival’s bill.

There’s no arguing their success, but just like Miley Cyrus, I don’t believe Imagine Dragons are an act that fit the Woodstock mould. Although they’re known to be dedicated activists, their pop rock act feels a little out of place at the festival.

With all due respect to Halsey, she isn’t known to be an especially talented performer or vocalist, which is the main reason why I don’t really agree with her place in the lineup. With Woodstock being known to showcase elite talent, I don’t believe Halsey’s act should hold up a spot, especially for a milestone event like this one.

Having risen to fame because of their protests against Putin’s Russia and their activism for the LGBTQ+ community, Pussy Riot is more of a political/social awareness act than a musical one. Although they stand for causes that fit Woodstock’s values, we can’t forget that this is still a music festival. For this reason, I don’t fully agree with Pussy Riot being in the lineup.

The inclusion of Akon has to be one of the oddest additions to the lineup. Although he is widely known for his philanthropic initiatives such as the Akon Lighting Africa project, he is no longer a relevant musical act in 2019. Like I mentioned in the previous paragraph, Woodstock is a music festival first, so bringing Akon in the lineup doesn’t feel quite right in my eyes.

Now, some people might not agree with my choices, and I can completely understand why. Music is completely subjective, so every artist has some merit. That being said, I’m of the opinion that the festival doesn’t have enough major rock acts to be considered a “proper” Woodstock event.

Nevertheless, if we look at Woodstock 50 as simply another music festival, it has plenty of acts to be excited about.

The lineup can be accessed through the official Woodstock 50 website with tickets going on sale starting April 22, 2019.