Hollywood’s exploitation of Black Culture is sinister and dangerous. Ground zero for this exploitation is none other than hip-hop. They (meaning the Hollywood entertainment industry) see no value in supporting masters and deep practitioners of the various expressions and disciplines of hip-hop because in a capitalistic world, whose sole language is consumerism and greed, dollars and market control in the form of “numbers” is the name of the game. So the vast majority of what they provide listeners and consumers is watered down “Dollarama” versions of the art form that are unrepresentative of the culture, often coming from young emerging talent who wouldn’t even win a local talent show.

The reason for this strategy? Young creatives who have not yet polished their skills as a hip-hop practitioner, or who don’t have mentors that have their growth and progress at heart, can be easily manipulated into signing record, production, sponsorship, publishing and talent deals that are basically one-sided, because they have grown accustomed to the clout mentality.

If a young person has enough followers (let’s face it, high school students can easily have more followers than a Juno award winner), that following will translate into views, which translates to sales for a record company, completely disregarding the fact that many (not all) of these young emerging artists aren’t invested in hip-hop as a cultural movement. While a young creative may have put in hours of work, they still could be far off the mark in regards to quality as it relates to experience, expertise and knowledge. As Jimmy Iovine recently said in his interview alongside Dr. Dre, “Greatness is now behind fame, but it used to be that fame was behind greatness”.

Young artists are disposable and the industry knows this. Their ability to turn sense into today’s nonsensical, commercialized meme culture keeps the facade of celebrity worship and desire alive. Our glorification and deification of celebrities is what keeps Hollywood in the number one position in the global entertainment business.

Young people generally spend a considerable amount of time seeking approval. It’s Human Development 101. So the young person already using modern technology for likes and attention will do just about anything to see themselves in the spotlight, at times running the risk of being mocked and ridiculed by many, or even if they won’t be remotely rated by true professionals of the craft.

Again, many of these artists wouldn’t win a local talent show if no one knew their name; they simply don’t have what it takes, yet. I can speak facts to this as an arts educator and artistic mentor that has worked with hundreds of young people on their craft. I’m quite aware of the young artistic talent pool in my city, and some of the young international artists I see gaining wins, couldn’t stand a chance next to many of the young artists I have had the privilege of supporting.

It’s a devilish system, using young people as subjects for mass profiteering. The Hollywood hip-hop industry feeds young minds allusions of grandeur, fame and status, which in many instances leaves them a few years after they have had their turn on the hamster wheel, in debt and dealing with personal issues from addiction to feelings of abandonment and isolation, to severe mental health issues.

“One hit wonder” culture is what we’re being exposed to now, and the young demographic are the biggest victims. All the while, pushing the flag bearers of the art form that have helped birth revolutionary movements across the globe, behind the curtain.

This isn’t about young versus old, YG’s vs OG’s. It’s fair to say that not all young artists are deserving of criticism, nor are all established, more experienced artists deserving of praise. There are young artists  who respect the culture, stand firm within the tenets that contribute to the positive development of hip-hop, and create art that’s rated and respected by communities regardless of age, culture or artistic genre. They’re not a part of the system that exploits or steals from the beautiful phenomenon that is hip-hop.

Conversely, there are established and experienced artists that have been a wrecking ball for the culture for years and even decades, abusing hip-hop with methods that appropriate and pillage the resourcefulness of the culture. As well, there are some labels and reps that are on the correct side of supporting the longevity and health of the culture, making an effort to conduct equitable business methods and give creative and financial control back to the individuals that live the culture.

While I salute those who fall under the above mentioned categories, they’re too few and far between. We need to “cut the grass” regularly in hip-hop. This is how it is with Black expression. If we don’t consistently clean house, we’re bound to find someone else living in it, redecorating it, calling it their home, and then selling it back to you for a price higher than you initially bargained for when you first invested in it. 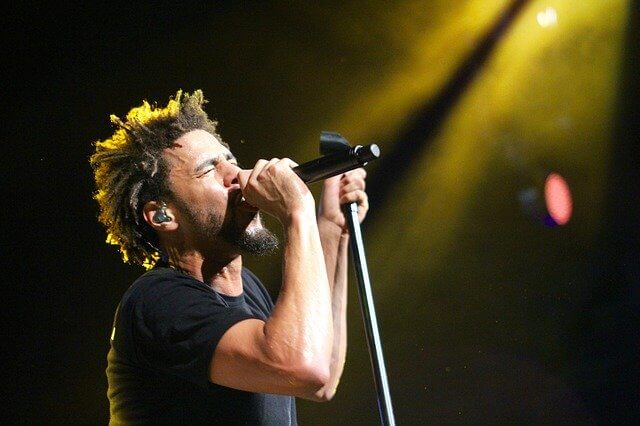 J. Cole continues to be a torchbearer for real hip-hop.

This is essentially cultural gentrification and the first step in cultural genocide. Hip-hop has become a modern method of exploitation and disenfranchisement due to the machinations of the Hollywood industry; the looting and stealing of a cultural expression by exploiting the young and disarming the elders. With a mindset that hip-hop is cool and will make one favoured and popular among their peers, and will one day make said person wealthy, it’s only natural for a divide to manifest between those who treat hip-hop as a classical Black and Latinx art form, and those who are involved with hip-hop because it has been the trendiest and most adopted cultural movement for the last 40 years.

With hip-hop culture on the verge of pacification and dilution, it’s vital that individuals that are cultural promoters and ambassadors of hip-hop come correct and maintain integrity when representing the art form. In a time where media is currency, it’s easy to fall victim to clout chasing in order to bolster your platforms, ventures, businesses and brand.

If an artist isn’t polished in their performance, their music is not mastered and their lyrics are still in the novice stage of delivery, why would you have them on your event bill, on your playlists and highlighted in your articles? As implied earlier, the numbers they receive on their social media is largely reflective of young hip-hop enthusiasts that have no idea what defines quality, and support simply because it’s their peer, or it helps their profiles get traction in the algorithms.

When one student becomes the only person that can do a back flip at a high school, congratulations. That person is now the coolest person in the cafeteria. However, if the person that learned the back flip went to a gymnastic competition with only a back flip in their repertoire, they would be the laughing stock of the event.

Admittedly, that person was me. As a teenage breakdancer I could perform a head spin, windmill, some uprock/downrock routines, and stalls back in high school. When I went to local competitions, I was demolished by my opponents who lived and breathed breaking. I was “the man” in high school, and the recognition made feel like I was ready for the big leagues, but I was a fool outside of my school because I was not invested in the tradition where my talk imitated my walk and vice versa.

For this and other reasons, I left the dance world and instead began nurturing my love for language, poetry and songwriting; a truth that spoke to me since an adolescent and one that I could represent and advocate for as the legends of the art form did. This isn’t to say that a young artist should relinquish their love and passion for the arts. However, it should provide the artist with the understanding that “There are levels to this ish!” Your friends in your social circle don’t count as a criterion to what is quality and what is basic, unless of course your friends are those who have been recognized by cultural institutions and industries as quality professionals.

However, the industry is curated, owned and operated by individuals and collectives that need to keep profit margins in the billions in order to survive in a fast paced corporate climate. The industry will do whatever it takes, even if it means creating templates of hip-hop that don’t represent the five pillars of the culture. A subsequent outcome of this cycle of vandalism paints hip-hop with a brush similar to the colour palette of Tekashii whatever his face, damaging the reputation of hip-hop and weakening the quality of the art; all for the deceitful dollar.

There was a time when culture couldn’t be associated with profits and monetary gain, but as it currently stands with everything Black, hip-hop is now akin to the cheap discount store where all of its products are dispensable and only good for a single use. It wouldn’t hurt so much if at least the Black artists were the owners of the franchise, but as the present state of hip-hop demonstrates, we’re no longer in charge and it’s value is on the market for the highest bidder.

What’s the fallout? The youth who are the future caretakers of the culture and the elders who act as the pioneers suffer the biggest loss; we’re left with a home that feels easily broken into by the landlords, only to find it neglected by the tenants. Maybe Dollarama is a fitting term after all.

Jamaal Jackson Rogers is a rapper, poet and arts educator, the 2017-’19 English Poet Laureate for the City of Ottawa, and the Carleton University Music Program Artist in Residence