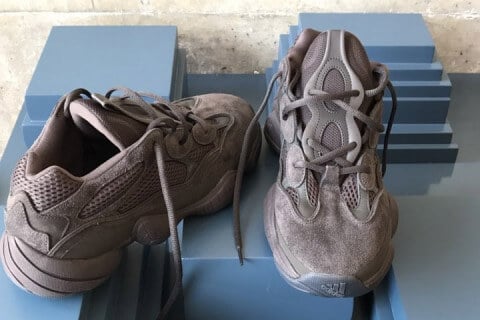 UGLY SNEAKER TREND PROVES BRANDING, NOT DESIGN, IS EVERYTHING

I was surfing online and come across a sneak preview of the new Adidas Yeezy Desert Rat 500 set to release in Spring 2018. My first impressions were, “Why is Kanye releasing shoes that look like they were sold at K-Mart back in the 80’s?” But asking such a question may be asinine as this is Kanye West we’re talking about. Hip-hop icon turned fashion mogul, Kanye West, who has never shied away from taking fashion design risks over the years, especially with kicks.

With that being said, I don’t know how he’ll get away with this latest release. It’s almost like Kanye and Adidas are calling the sneakerhead community’s bluff to see whether they’ll buy anything just to add it as collector’s items. It’s still early but sneakerheads seem to be split on the design with some calling it “ugly as (explanative)!” and others confessing they “would cop a pair”. Even now I’m personally conflicted. The 2010 Sheldon Barrocks wouldn’t look at these twice, but the 2017 me actually could consider rocking a pair after seeing images of Kanye and Kim flashing the footwear.

This is brand perception at it best, when a brand’s impact is so apparent that it becomes part of the very fabric of the current culture, so much as to influence the purchasing decisions we make. Since 2006 Kanye has collabed on footwear designs with A Bathing Ape, Louis Vuitton, and of course Nike. But the Yeezy collaboration between Kanye and Adidas that began in 2015 seems to have had the deepest impact of all the brands he’s worked with. Bringing a unique flavour to the shoe game backed by Kanye’s influential personal brand had Adidas see their overall revenue increase by 24% in 2016 from the previous year to $3.6 billion. At the same time Nike (and Jordan Brand) experienced a slide in sales. So yeah, Yeezy actually did jump over the Jumpman after all. There, I said it. 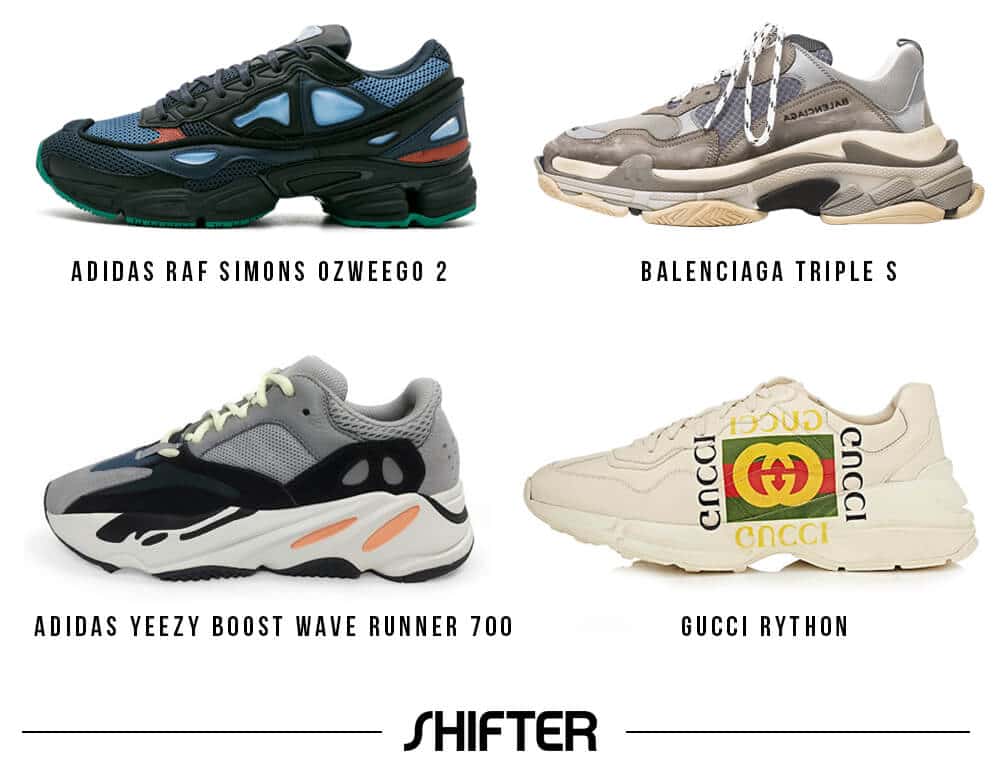 With the Yeezy Desert Rats set for release next year and the Yeezy Boost Wave Runner 700 release on November 1st, Kanye and Adidas continue to eye the high-end “ugly chunky” sneaker trend of 2017.  Basically the uglier the shoe and the rarer it is to come by, the more inflated the price will be. Which is exactly why these kicks are branded as “high-end” and ironically it’s working. Belgian Fashion Legend Raf Simons continues his longtime collab with Adidas this year with the release of the clunky looking Ozweego 2 and 3, a silhouette he often revisits. Well-known fashion house Balenciaga just released the Triple S which quite possibly has to be the ugliest shoe I’ve ever seen and retails for a cool $795 USD. Gucci followed suit with their release of their Gucci Runners which are equally as “ugly”.

Not everyone believes celebrity branding works. As reported by Isaac Rouse of Complex.com:

“Well-known sports analyst Matt Powell believes Kanye has had ‘zero impact’ due to the limited supply and retail value of adidas Originals Yeezy products. Because of that, there’s no real sense of sales numbers. He also says adidas saw no increase until two years after they acquired Kanye, as opposed to Rihanna and PUMA‘s deal, which saw sales improve immediately.

Sneakerheads beg to differ. Alan Vinogradov of SneakerCon states that in past conventions, almost every attendee wore Air Jordans. Last year, instead, he noticed more adidas sneakers than ever, ascribing it to West. There have even been reports from Footwear News that the Yeezy line “has boosted the resale market,” and a TV network miniseries documented upon the ‘Kanye Effect’.”

It’s not enough for a shoe just to be ugly for the sake of it. Iconic brand power combined with unique and sometimes unusual creative output, mixed with limited quantity releases, leads to why we’re seeing more and more clunky kicks worn by celebrities on the red carpet and debuted on the runway. In the case of Kanye and Adidas, and other formidable sneaker fashion collaborations (i.e. Reebok x Chanel, Rihanna x Puma, OVO x Jumpman) it takes two strong brands working together to hit the next wave of fashion cultural influence. From the business side of things Warren Buffett said it best: “Your premium brand had better be delivering something special, or it’s not going to get the business”.

Ugly shoes are a different kind of special, but the right strategic branding proves you can successfully sell anything to anyone.

KNIGHT, NIKE AND THE BUILDING OF A GLOBAL BRAND