The Window of Opportunity for a Title is Closing Fast.

The Toronto Raptors give their fans headaches and anxiety. When it’s playoff time they’re known for making a win seem more difficult than it should be.

It’s like grilling chicken on the barbecue. It tastes amazing when the meat is thawed, seasoned and marinated beforehand, and it doesn’t take long to grill. The Raptors are like the griller who forgets to defrost the chicken and puts it on the grill while frozen. It takes longer to cook and it only tastes okay because it wasn’t probably prepared.

Raptors fans were looking forward to celebrating a sweep of the eighth seed Washington Wizards before the weekend, or at least a 3–1 series lead to wrap up the series in five at home. But the series is now a best of three, and if the meat isn’t defrosted soon, it feels like another game seven is in our midst.

We can look at a handful of teams in the NBA and say that their future is very bright beyond this season. I can’t say that about the Raptors. We know what they’re capable of right now, but their future beyond the playoffs is as much an unknown as the final episode of The Simpsons.

“We can look at a handful of teams in the NBA and say that their future is very bright beyond this season. I can’t say that about the Raptors.” 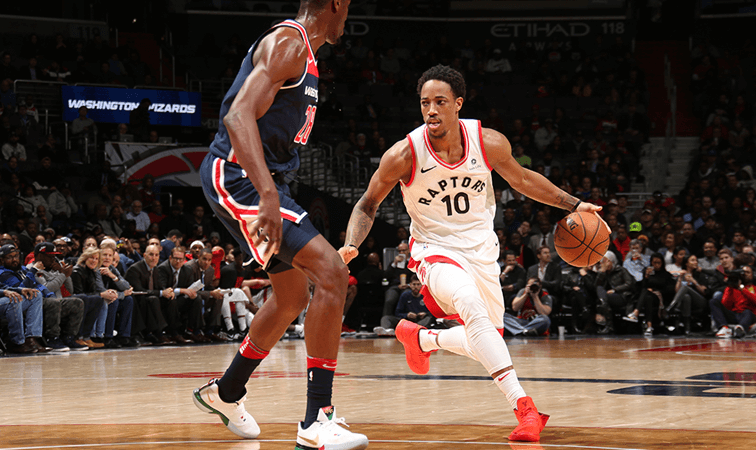 Now here are five simple reasons why the Raptors must win the Eastern Conference this year:

The Raptors have been blessed with good health this season. Much of that is due to having the best bench in the league, which limits the minutes of the starting lineup. Toronto took full advantage of it, winning 59 games and the number one seed coming out of the East. However, that didn’t come without some help. The Boston Celtics were without Gordon Hayward for the entire season and Kyrie Irving for the last quarter. The Philadelphia 76ers didn’t play great until game 66, while the Cleveland Cavaliers played uninspired ball for long stretches throughout the whole season.

Having Fred VanVleet injured for the first round makes us fans forget how fortunate we’ve been this season. The way we talk about him after two straight losses, the casual viewer might mistake Fred for an All-Star.

Most sports analysts south of the border don’t believe the Raps will make the Finals because Demar DeRozan and Kyle Lowry haven’t proven to elevate their game in the post-season. At the outset of the playoffs, Cleveland was, of course, the popular pick to reach their fourth straight NBA Finals. Recently, there has been a change of heart for Fox Sports’ Colin Cowherd and ESPN’s Stephen A. Smith, who believe Lebron’s Finals appearance streak will end at seven. Unfortuntately, their pick for Eastern Conference champion isn’t Toronto; it’s Philadelphia, led by young studs Ben Simmons and Joel Embiid.

“Demar Derozan and Kyle Lowry haven’t proven to elevate their game in the post-season.” 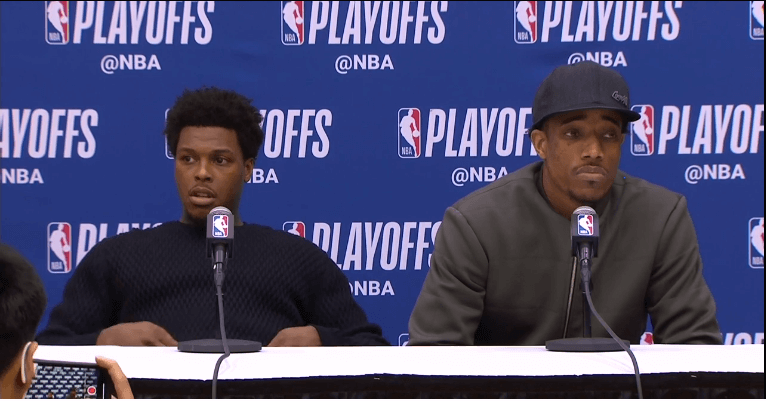 Number one seed in the East, second-best record in the league, but considered the third best team in the Eastern Conference in the playoffs. The Raptors have to be sick and tired of hearing “I told you so”, “just win” or “same ol’ raptors”. They do have a few supporters, like TNT’s Charles Barkley and ESPN’s Zach Lowe who have praised the dinosaurs all season long.

3. LOWRY IS A DECLINING ALL-STAR

As a fan of Lowry, it hurts to write this, but his best days are behind him. This season he barely made the All-Star roster in the East, averaging 16.2 points and 6.9 assists. Those aren’t bad stats at all considering he played only 32 minutes a game, but during playoff time Lowry’s stats get worse. He’s averaging 15.5 points through four games.

If the Raptors don’t reach the Finals this year, are you confident Lowry will be a valuable second option moving forward? DeRozan may very well end up being the only All-Star on the team next season.

If the Raptors and Cavaliers face each other in the second round, I don’t expect anything less than a fierce and competitive series. LeBron loves playing Toronto because they appear to be intimidated by him and suddenly forget how to play great basketball. The Raptors can’t beat Lebron, but they can beat the Cavs. The less-talented Indiana Pacers have beat them twice so far in these playoffs. 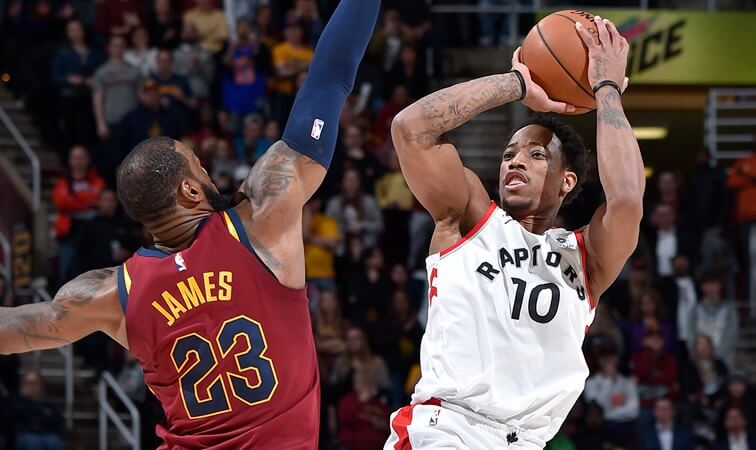 Lebron is still the same legend the Raptors faced in the 2016 and 2017 playoffs, but the roster is notably worse. Kyrie, the fearless, clutch all-star point guard that gave Lowry problems is gone. Kevin Love is still there, but hasn’t looked comfortable as the Cavs’ number two option all season. Tristan Thompson is proving the Kardashian curse is real, going MIA on the hardwood for the better part of the season. There are solid role players on Cleveland, but Toronto’s roster is clearly better. Dwane Casey can out-coach Tyronn Lue in my opinion, but the most important factor is home court advantage. The Raptors wanted the top seed and the league’s best home record for a likely post season match up. They must beat the Cavs if they face them. No more excuses.

If health is on Boston’s side in 2018–2019, a starting unit of Kyrie, Hayward, Al Horford, Jason Tatum, and Jaylen Brown can beat any team in the league, including Golden State or Houston.

“Raptors chances of being a number one seed next season is slim to none with the current roster.” 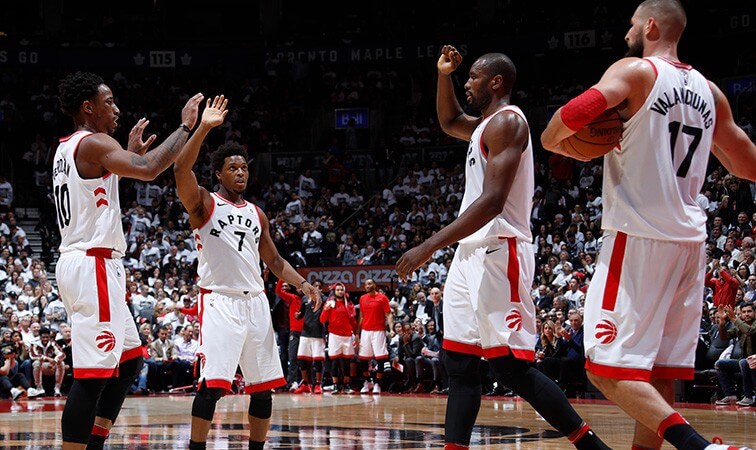 Philadelphia is a big surprise so far in the playoffs. Joel Embiid and Ben Simmons are playing like seasoned playoff veterans. The Sixers have a good mix of youth and vets on their squad that can defend and hit clutch 3’s at will. Most of them are 6’6″ or taller. And what if the top pick Markelle Fultz lives up to the hype?

Not only can both teams win 60 games next season, but they’re both in the Atlantic division alongside Toronto.

I didn’t even mention Cleveland. There are some who believe Lebron (who is an unrestricted free agent this summer) will stay put. What if the Cavs improve their roster (which will happen if Lebron resigns)? What if the very talented but underachieving Milwaukee Bucks hire a legitimate head coach?

For the Raptors, regaining the number one seed next season if far from a lock.

WHY THE NBA 2K LEAGUE WILL IMPACT THE FUTURE OF SPORTS