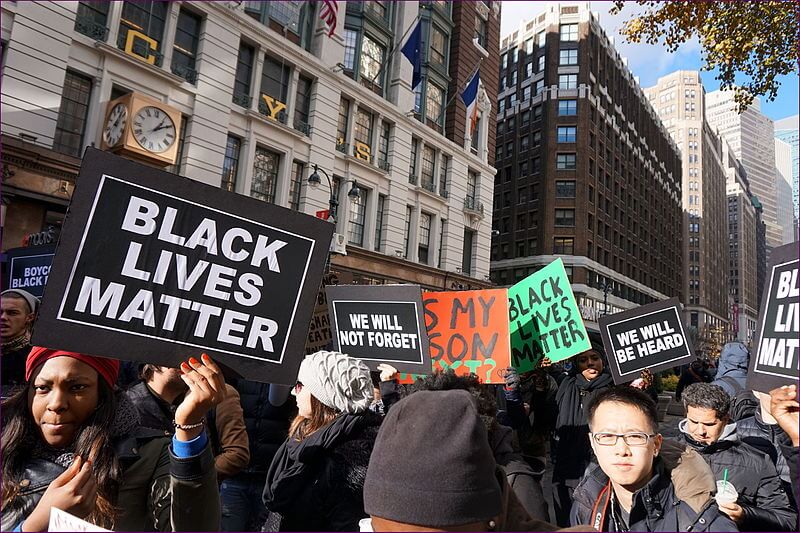 OPINION – THE BLAME GAME: THE BLACK VICTIM NARRATIVE IS GETTING TIRED

For better or worse, our lives are physical expressions of the narrative we tell ourselves everyday. This narrative is a story about the world the world around us which we adopt and act as a character in. How we see ourselves in light of our past and current circumstances determines the role we play. We’re either the victim, blaming others for our lives, or the victor, taking responsibility for our lives.

If we’re honest, we all go back and forth between the two. Unfortunately, none of us are immune from the disease of self-pity. I see it in myself and I’m absolutely disgusted by it. Reflecting on the past in order to heal is necessary, but living in the past is a recipe for disaster. I believe these narratives are the most dangerous forces in society, limiting our personal and collective growth.

For example, in October 2017, Dr. Joanna Williams told the Sunday Telegraph, “When you teach girls they are victims they believe it. But this is not in keeping with reality and it can become quite debilitating.”

Yet much of our culture is absolutely addicted to the victim narrative. Retelling over and over the pain that was inflicted on us by a particular group can cause irreparable harm. As I said earlier, there’s nothing wrong with addressing the pain of the past, but creating a movement around that pain is unhealthy and won’t bring about positive change. This is why, even as a black man, I’m conflicted when it comes to groups like Black Lives Matter. All this approach does is create discord, division and fear along racial, gender, sexual, class, politics and religious lines. If we as people are to heal, we need to let go of the pain of the past no matter how horrific.

Taking one-hundred percent responsibility for our lives, in a strange way, is the path to freedom. I know this sounds harsh, but blaming others for our current pain never leads to healing, and that goes for any group that has experienced oppression, whether visible minorities, women, religious groups, the LGBT community, or the poor. I’m not saying we should blame ourselves for pain inflicted on us by others, but forgive and let go. Forgiveness is the very instrument that frees us from the pain of the past. It’s not an easy thing to do, but it’s the only antidote to pain. When we forgive, we find the very freedom so many of us are fighting for.

Nelson Mandela learned this very principle in prison. He discovered his greatest opponent wasn’t his oppressors, but the pain that lived inside of him. It wasn’t until he let go of the pain by the act of forgiveness that he found freedom. The prison walls nor his captors could confine him anymore. Imagine that; in prison he found freedom.

There’s a passage in the Bible that speaks to this. Paul is telling slaves that recently became Christians to obey their masters in the same manner as they obeyed Jesus.

“Slaves, obey your earthly masters with deep respect and fear. Serve them sincerely as you would serve Christ.”

To be honest with you, I could never reconcile this passage with my faith. I was absolutely mystified that Paul would encourage new believers to remain as slaves. But Paul, isn’t life about living in freedom, and didn’t Jesus come to save the oppressed from their oppressors?

Well, the answer is yes and no. You see the primary message of Jesus isn’t about social justice, but something much more powerful- freedom from self. Jesus didn’t come to free people from their oppressors, but to free them from their own minds. We think freedom is about rights, but true freedom is about us being renewed in our minds.

This is why we love movies like Braveheart. Remember the line, “They may take our lives, but will never take our freedom!”

This is essentially what Paul is telling the slaves. Now that your minds have been freed, your lot in life doesn’t determine the state of your mind. Your captors no longer have power over you; even if you remain a slave.

I believe this is the discourse that’s missing in our culture today. Instead of obsessing about restitution, we need to fight to free people from the self-imposed prison that’s killing them from the inside out. We need to help people heal from the pain of the past.

True emancipation starts in the mind. This is why the victim narrative is so dangerous. It absolves us of responsibility and makes the wrongdoer master over our lives. Social Justice Warrior movements like Black Lives Matter mean well, but unfortunately all they’re doing is perpetuating the very thing they’re fighting against- pain.

“Victim narratives disempower; they remind us that we have no power over our future and no personal responsibility for our lot in life.”

They’re demanding that the entire western social structure to be dismantled in order to make restitution of past sins. This is tantamount to travelling into a time machine and undoing the past.

They’re demanding justice first, but I argue the best path to justice is forgiveness. This is the only instrument that is powerful enough to quench the thirst for justice.

Victim narratives disempower and encourage hopelessness; they remind us that we have no power over our future and no personal responsibility for our lot in life. If you keep telling this narrative we’ll continue to abdicate responsibility and wait for the government or an outside force to even out the playing field. Instead of looking externally, we need to look internally; that’s where true change begins.

We need to start telling a new narrative. A story of hope, action and leadership where we have the power to use our God-given creativity to create our future.

This new narrative isn’t sexy and it might not even feel good or just in the short-term, but the long-term pay off is a freedom that can never be taken away.