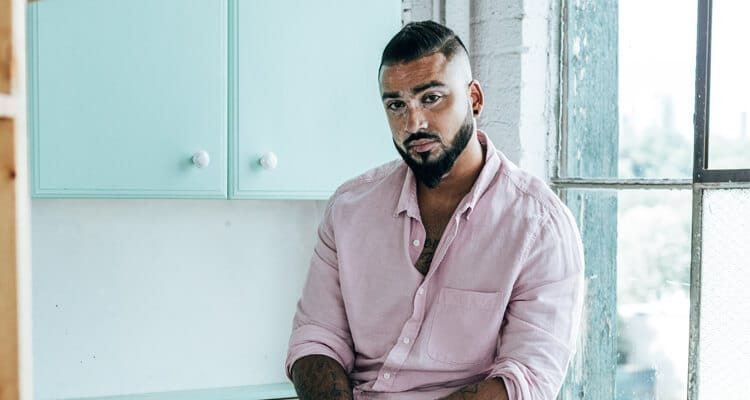 SHIFTER’s Artist of the Month for February is Marcus Haran, a rapper, singer, songwriter, and record producer born in Paris, France and raised in Toronto. Marcus’s interest in performing began at the age of six when his mother bought him a drum set and it was enough to light the spark that led to him discovering his passion for beat boxing, beat production, and rapping. Marcus has a rare and loud skin condition called Vitiligo, a condition that has gripped the likes of pop icon Michael Jackson, supermodel Winnie Harlow, and Bollywood megastar Amitabh Bachan, to name but a few.

Representing every person that has ever experienced pain, every person that has ever felt like an outsider and everyone that has the courage to rise above, his journey is to hip-hop fame is made from true grit and perseverance to overcome. His last album A True Story, a soundscape to In-Difference, represents a new sound and is an accumulation of his journey. It has jazzy vocals representing the art and grit of Paris, hip-hop representing the street and cultural tones representing his Sri Lankan heritage. The new sound is Toronto. It is Canada. It is the world where everyone is welcomed.

Get to know SHIFTER’s Artist of the Month for February, Marcus Haran.

Art form/creative discipline: Being consistent and understanding the next energy flow pattern in your music.

Creation of my single and video “OTHERSIDE” because not only am I pursuing my passion but I am also helping create awareness for mental health. That’s the ultimate win-win.

One of the greats to ever do it.

I am an introvert.

Figure out your process and stay consistent.