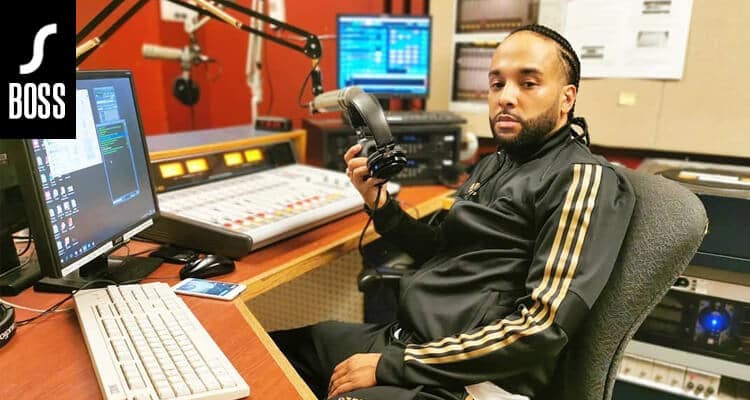 A number of Ottawa music media outlets have come and gone over the years, but there’s one that has been consistent in reporting on the latest in local hip-hop over the past decade – CapCityHipHop. The man behind the platform? Nathan Gravelle, known to many as “Thrilla”.

Now in its 11th year, CapCityHipHop was created by Thrilla with the help of local professionals, consumed by the life of music, art and culture.

“CapCityHipHop’s mission has always been to compile all of those elements and manifest them into a trending lifestyle, with the intention to promote and, for the most part, create an avenue for local talent”, he explains.

Although not a formally trained journalist, his early love for hip-hop magazines and the influence of his mother and brother created the perfect breeding ground for the future music and media entrepreneur.

“My mother and oldest brother were always musically connected to many people working in the local Ottawa music industry growing up, so that’s what intrigued me to follow in their steps and create my own paths”, Thrilla notes.

“Growing up, I was always receiving mentorship from my mom and oldest brother. I’d say because of their involvement in the local Jamaican and Reggae community is where it first started. In the 2000’s, there were a few mentors I always looked up to and still do today. The first is Jesse Plunkett, aka Dutch Uncle, half owner of HipHopCanada and a good friend. The second is Beat Merchant who now goes by “Chef Merch” who was one of the top producers and businessmen, producing for Belly, Massari and many others in Ottawa before he picked up and moved to L.A.”

Now 12 years deep in the industry, the student has now become the master, carving out his own space in the local and Canadian music and media landscapes with both an eye and ear for the next upcoming talent.

Along the way, he has worn many hats, including as an A&R and artist manager. He started off working with “Doughski Music Group“ back in 2008, managing his first artist Niko Doughski. He then moved on to working alongside Toronto artists Money Marlo and Sam G when they teamed up with Riot Squad and launched Riot Squad Canada. After Sam G got into some legal trouble, Thrilla continued to work with Money Marlo which led to him going on tour with French Montana and to a show in Montréal with Chinx Drugz. Then in 2015, he created SkrillaBoyz Ent and started working with Ottawa rapper DaBoiLoc which ended after a few releases.

More recently he worked with Toronto rapper Pressa (who signed a deal with Sony Music Canada this past May) and now his latest protégé, TwoTiime, who has over 600K and 800K views on his music videos for “Keep It Real” and “Hood Cry” and more recently over two million streams on Fortnite.

He was also the long-time host of NuBRLRadio on CHUO 89.1FM alongside DJ Alive. The show came to an end last December after five years when the pair decided to move on to pursue other opportunities in the industry.

Although he may now be considered an “OG” or “big bro” to the new crop of young artists, he’s still hungry and looking for ways to position himself in the industry.

“For myself and the next few years, I wanna focus on managing and scouting artists. I have always had my hand in a few different business ventures, so it’s all about staying strategic and always evolving, and as I get older, positioning myself within the industry’s digital marketing world.”

In the end, Gravelle may be remembered for a lot of things. Perhaps as a pioneer of the Ottawa hip-hop scene, or as a middle child who bridged the gap between the days of Boogaloo Tribe and Capital Prophets and today’s music scene, which may very well end up being the Golden Era of Ottawa hip-hop and R&B. But one thing is for sure – whatever hat he chooses to wear, he will always be known as a champion for talent.

“Over the years, I have definitely been keeping my hands busy with many ventures, but if I had to choose, I’d say my involvement with managing artists, finding and scouting new talent, has been my favourite, because it gives me the chance and the opportunity to connect and meet new people, hear new sounds from musicians, which has and could potentially lead me to introducing them to the world, which is a challenge…and I love challenges.”