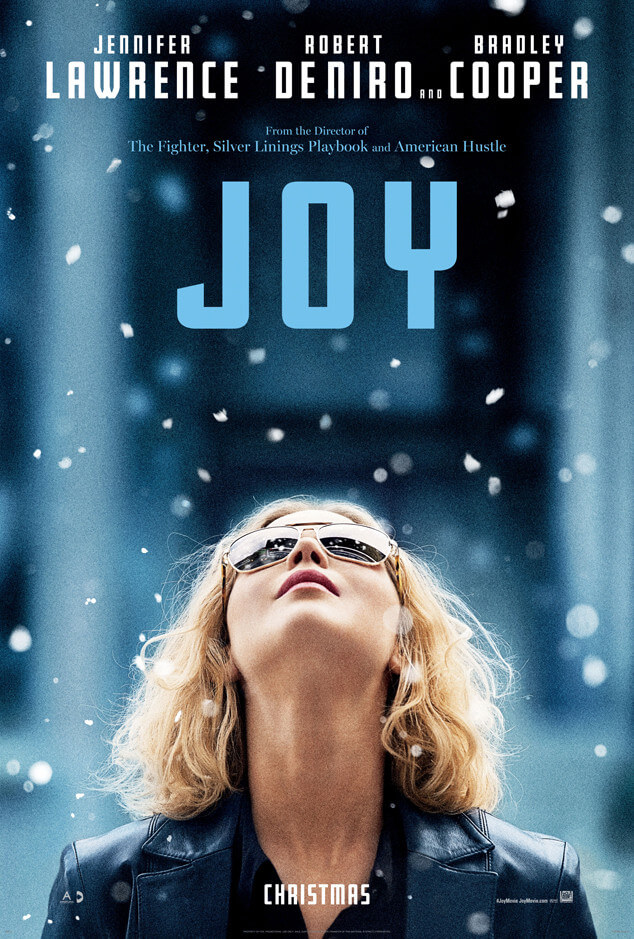 “The based-on-true-event story of a laborious woman who fights through her family business to gain back what’s her and follow her long-lost dream.”

Joy brilliantly tricked the audience from its misleading yet promising thrilling trailer featuring a strong driven woman played by Jennifer Lawrence facing her fate in a cruel world without giving away much of the main plot. The result? Joy turns out to be a biographical drama-comedy film based on the true events of a woman who fights through running her home business to become the next successful influential woman in home shopping. The movie is undeniably weird, yet joyful to watch thanks to its catchy soundtracks from the 90’s and terrific cast that deliver a watchable performance throughout the film. However, Joy is shockingly uneven with a very messy plot and flaws that really prevent it from reaching its full potential.

While Jennifer Lawrence deserves at least an Oscar-nomination for her role, this film doesn’t deserve any. Joy really offers a bad connection in its storytelling from one scene to another and doesn’t seem to know what direction or goal it’s trying to aim for. Plus, filling it with underdeveloped characters make the film even more questionable and flawed. Besides Jennifer Lawrence, Robert De Niro and Bradley Cooper, characters are pretty much dull and undeveloped. De Niro plays Joy’s father who at times seems to care about his daughter, while in the other scenes he just acts the opposite for some unknown and irrational reason. Falling in the same flaw, Bradley Cooper character here is no different. Cooper plays an executive who helps Joy to get her product out to the market, leading to her success. But his character just feels flat and seems like the director just put him there just to let the story flow without giving him much of the personality or identity. It’s really disappointing to see these amazing performances portraying flawed and unlikeable characters, worsening the film.

Perhaps these characters are intended to be irrational so that we can see how Joy drives through these obstacles and nonsense to become successful. Yet for the audience, it still feels so confusing from time to time to see these undeveloped character acting weird, maybe just to make the movie funny (in which they did), but it still feels like none of them have enough personality for us to even care, making the movie even more uneven.

Overall, Joy offers another Oscar-worthy performance from Jennifer Lawrence and somewhat succeeds in being an entertaining drama-comedy film. However, with its underdeveloped characters and messy plot, it’s hard to say that this movie deserves any award-worthy notation like its cast.