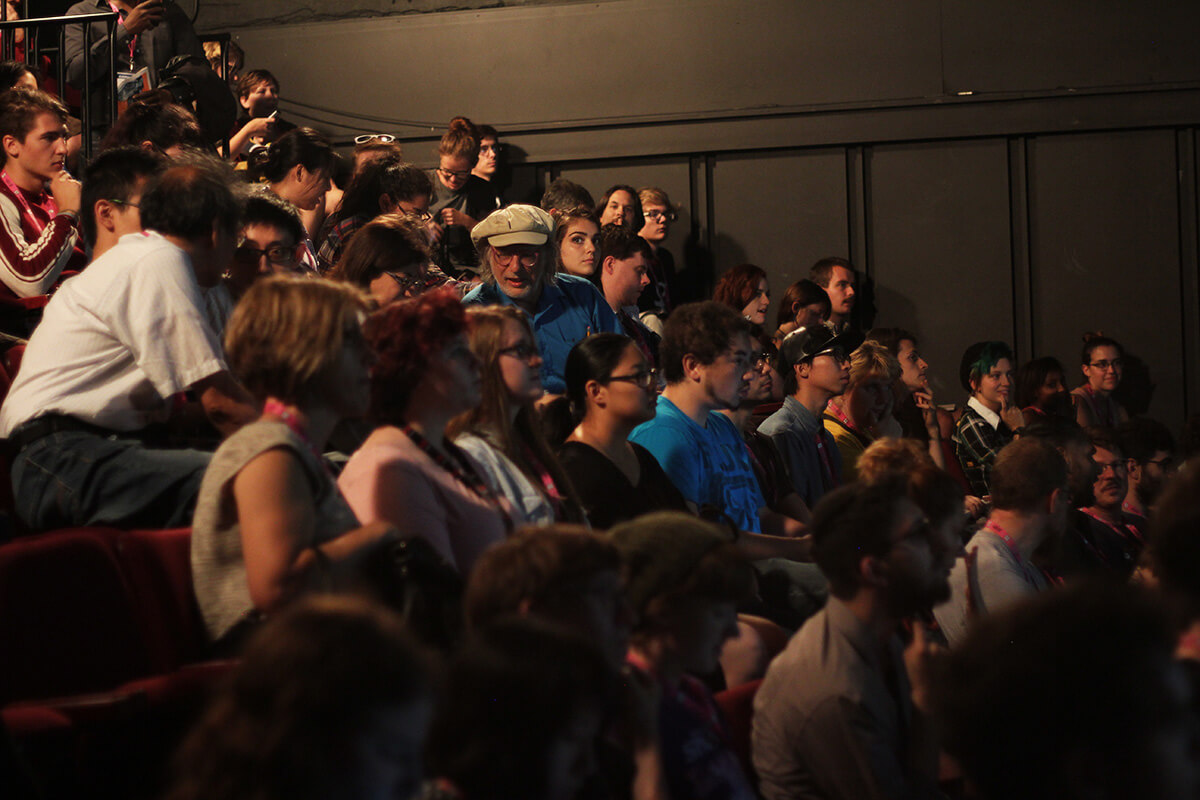 A series of short films stood out among the numerous masterpieces presented during the Ottawa International Animation Festival (or OIAF). A tremendous amount of directors and film students proved that they understood the potential of animated films and succeeded at giving us some of the most amazing work our team has seen this year. It would be impossible for us to cover every single one of the short films that deserve a mention but we believe it is our duty to give credit where it is due regardless. In order to honor the short film competitions, we put together a list of the ones that caught our attention the most. Without further adieu, here’s the list of our most remembered features:

My Dad, a film by Marcus Armitage, UK

Flawless in its execution and shrouded in a dramatic atmosphere, My Dad follows a young boy who expresses his admiration for his father. Throughout the five minutes and thirty seconds of the short film, Marcus Armitage illustrates brilliantly how a child can be affected by political wars. It would be sacrilegious for us not to mention the animation style used for this film. Combining stop motions and 2D animation, My Dad turned out to be magnificent a piece of art as well as a strong public statement.

A single life, a film by Job, Joris and Marieke, Netherlands

“When playing a mysterious vinyl single, Pia is suddenly able to travel through her life”

Funny and dark. That is quite a risky combination for a short film. Yet again, this trio of amazing filmmakers somehow found a way to make it work. It is astonishing how much character development can be illustrated in only two minutes and fifteen seconds of screen time. As Pia goes through the different stages of her life, we also get a glimpse of our own motion through time and start wondering if we really do enjoy the time we are given. With an ending as shocking as it is hilarious, the movie captured perfectly the reason why parents tell us to not grow up too fast.

“Carefree cars perform a whirling, twirling waltz, all while the black ooze that fuels them is unremittingly pumped from the earth”

This one will have you smiling and tearing up at the same time. From the cars’ interpretation of “Que sera, sera” to the representation of global warming, Auto Portraits’ message is very clear. Yet, at the very same time, you can’t help but to be affected by how charming those cars are.

Splintertime, a film by Rosto, Netherlands

“A band of sleepy spirits in an ambulance run out of road. Zip up! And let’s dance to the sound of breaking glass…”

One of the darkest film presented at OIAF, this one is not for everybody. There’s no other way to say it: Splintertime is very bizarre. Because it is also quite intriguing, you can’t help but watch every frightening scene while embracing the darkness of the soundtrack. Regardless, Splintertime is ambitious and does not waste its 11 minutes of screen time. Transitioning into darker themes as the story goes on, this movie ends in the most gruesome ways imaginable. It will leave you horrified and that’s exactly what the filmmaker went for. The animation style is also really interesting. The filmmaker went for a combination of 3D stop motion with strong visuals.

The Garden Ape, a film by Emma De Swaef and Marc James Roels

This short film is a minute of pure pleasure and that minute is enough to get us attached to this charming and lovable ape. This short film went straight to the point with its story but left the audience wanting so much more, all for the right reasons. A true success.

There is so much more we would have loved to cover but, as mentioned earlier, the talent witnessed at the OIAF was so overwhelming that it would take us days to mention it all. All that to say that the festival’s short animations competition did not failed at amazing us. That being said, we have a lot more to discuss. Stay tuned as we review OIAF winner for Best Animated feature- Patrick McHale’s Over the Garden Wall. Click here to read our review of Simon Rouby’s Adama.