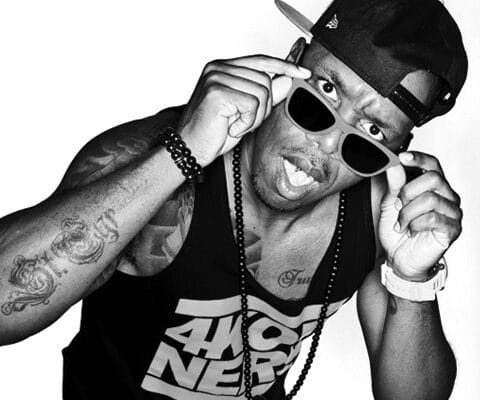 4KORNERS: THE TORONTO RAPTOR’S DJ IS THE DEFINITION OF TORONTO EXCELLENCE

Born in Toronto’s own Jane & Sheppard area, 4Korners is a Toronto-based DJ, record producer, artist and has been the official DJ for the Toronto Raptors for seventeen years. A person who has experienced it all and managed to maintain a solid role with his positions. He explained that his childhood was terrific even with the conditions he was raised in.

“Somebody from the outside might look at it and say it was not a great experience, but I had a great time. I enjoyed my childhood a lot“, he explains.

Growing up, 4Korners managed to steer clear of any peer pressure surrounding him and focused on activities he liked, such as playing sports, performing in band class, and learning how to DJ. The Toronto DJ mentioned that he was so busy doing the things he loved that he never had time to get into other things.

When asked about his other influences within music, 4Korners explained:

“…growing up in Toronto, I had just the multicultural influence of all my friends and what was on TV, and what was on the radio, more specifically community radio. Most of the shows that I really listened to were DJ-driven. They were all from the different universities that had limited range as far as how far they could broadcast, and people would go to places like York University, for example, where they had a lot of dope shows, and people will just go there and play the music that they loved.“

4Korners explained to SHIFTER that he DJ’ed for those same community stations and played what he loved when he did his studies at York University. He then got exposed to the profession through parties and seeing how DJs interact with the crowd. “Because before that, all I knew about DJing is that you’re a DJ for an artist or you’re in the competition, where it’s just doing mad tricks and stuff. And I never really got exposed to the party aspect of DJs and the performance aspect, in terms of just making people dance and have a good time until I got to university where I saw it first-hand”, he said.

Citing DJs Jazzy Jeff & the Baby Blue Sound Crew as inspirations for him to DJ, 4Korners also mentioned that his upbringing was the only primary source of his influence on his sound. He further explained:

“I’m from Toronto, as I said, and I grew up hearing all sorts of music from all cultures and all walks of life, and that is my sound. When I’m DJing, I’m playing the sound of Toronto all over the world. It’s an amalgamation of everything that I am and that I’ve experienced and learned all over my journey. You can’t be a Toronto kid and not know everything and not be exposed to everything. We’re all mixed in together here in such a way and whether you know it or not, you’re influenced by things.”

4Korners also described the nightlife scene for Black people in Toronto back then and explained that there was much prejudice and anti-Black racism from those white-owned establishments. Particular examples would be from the strict dress code, how many black people they allowed at those clubs, and the music that would be played. “If you wanted to go hear black music, it would be played at banquet halls, school cafeterias, and dining halls, and whatever venue would allow it,” he said. So he felt happy when some change happened from those nightclubs, like how most clubs are playing hip-hop more often and the dress code not being applied as much (due to changing clothing trends).

4Korners later spoke on how the 4Korners brand started as four people in a group but later went solo after other members decided to focus on other ventures. Being a DJ for the Raptors for seventeen years, along with his past work in community radio and parties, he also explained that his progression and growth as a professional DJ led him a long way to gain opportunities he never thought he gained if he didn’t DJ for the Raptors. He even felt that his best year was the championship year since the excitement around Toronto, Canada, and the basketball world once they won the 2018-19 NBA Finals was breathtaking and unmatched to see. It’s hard to express with words, but those memories last forever with him.

During the final moments of his interview with SHIFTER, 4Korners discussed his music career. He explained that he became more consistent in releasing music the same year the Raptors won the championship. Still, the most significant moment for him was a 2013 release he never thought would be significant. That year, he explained that he remixed a David Banner song that was initially supposed to be an edit (an edit is when a DJ makes an unofficial remix of a song) with a New York-based EDM group called TWRK. Still, they decided to make it an official song called WORK and release it on Soundcloud. When he explained the outcome, 4Korners said:

“And that song blew up, and DJs around the world played it. DJ Snake premiered it on BBC Radio in the UK, and Skrillex was playing it at many shows and Diplo and a whole bunch. So just like every DJ in the world knew me from that song, and that was kind of the thing that made me want to release more music.”

The Toronto DJ also spoke on his recent collaborative song Marathon with Connor Price and explained he made the song via TikTok and asked others to add their verses on the unreleased beat he made at the time. When Connor Price stepped to the plate and did his verse, 4Korners loved it so much that he reached out to Connor to work on the whole track together, and that’s when Marathon was made. Although 4Korners is still on his own marathon with his multitude of professions, he’s still beating the odds of what society wanted a kid from Jane & Sheppard to be, and he’s doing that with excellence and grace.