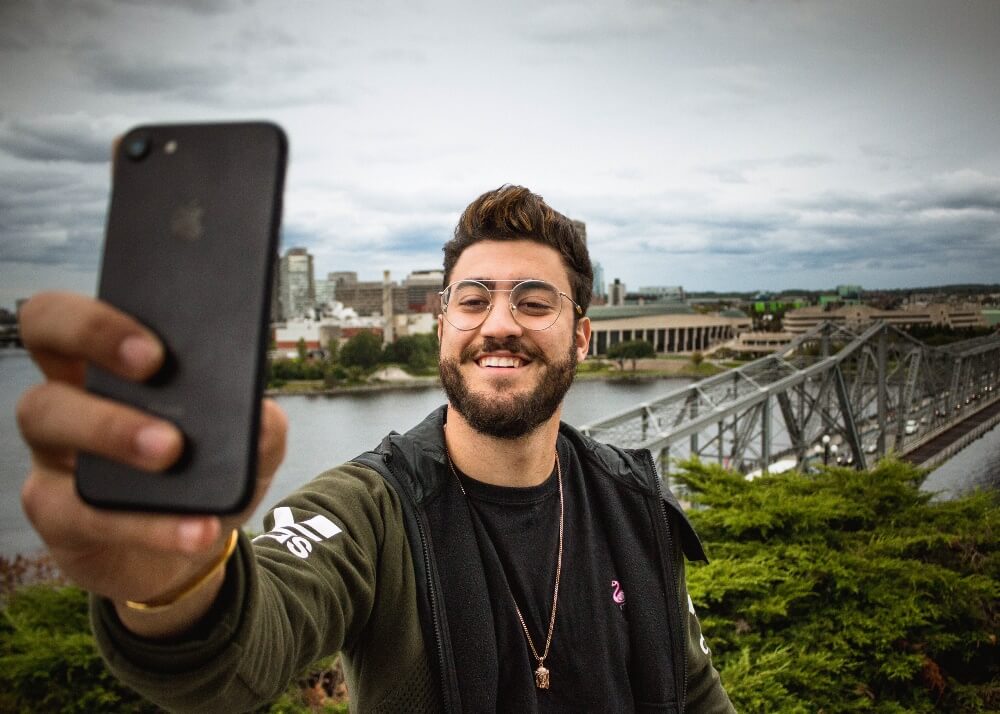 SNAPCHAT INFLUENCER, GUY HOBEIKA, AND THE ART OF SPREADING HAPPINESS

When Instagram started introducing their Snapchat knockoff features like stories and filters, critics all over the world, including yours truly, said it was the end of Snapchat.

Although Snapchat is having some problems, it turns out us critics were wrong. All over the world the 13 to 34-year-old crowd has remained dedicated the service.

As the saying goes, ‘Real recognize real” and to millions of dedicated users, Snapchat is the real deal while Instagram is a knockoff.

Although services like Snapchat, Instagram and YouTube are working hard to set themselves apart, one thing they have in common is that they’ve given rise to an army of influencers who have basically become celebrities in their own right.

These influencers look like normal people. You work with them. You go to school with them. But in the world of social media they have legions of fans and brands and companies are taking notice.

I recently had the opportunity to meet one of these Snapchat influencers- Guy Hobeika.

Now when people think about social media influencers they think about the Kardashians. They assume these influencers are just a pretty face; no talent and no substance. In reality, that couldn’t be further from the truth.

Even more impressive than his over 50,000 followers is the fact that Guy isn’t just your average social media personality; he’s out to make a difference. Where does this depth come from and why is he so different than other social media influencers you’ve met? The secret sauce is in his upbringing in Beirut, Lebanon. To this day you can sense the love and pride that he has for the city and country that raised him and continues to inspire him today.

Living in the west, when you think of Lebanon, or the Middle East in general, you picture war and oppression, but that’s not how he remembers it. 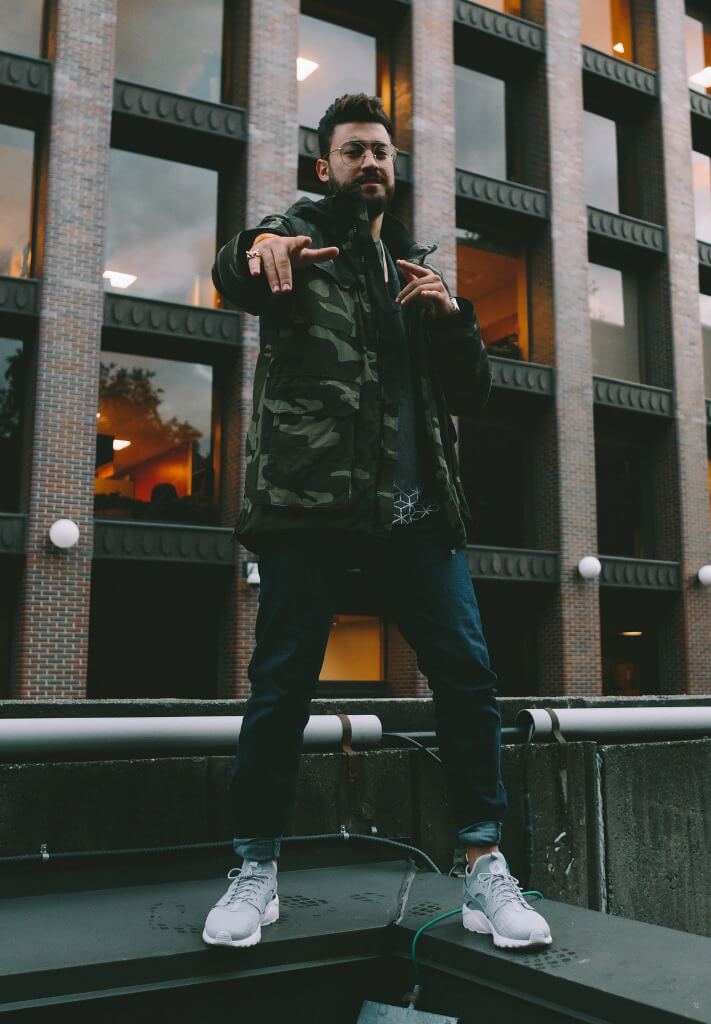 “Lebanon is an amazing country to live in especially when you’re surrounded by awesome people that you can be yourself around,” Guy said. “I was lucky enough to grow up over there and visit every single corner of the country. It’s small enough that everyone knows everybody, you go to a shopping mall and you see at least 10 people you know. Beirut is one of the greatest city in my opinion- incredible nightlife experience…I mean the city never sleeps. One of Lebanon’s issues is that it’s limited and too small. I got an opportunity to move out and travel to Canada; it was the best decision I made to date.”

Guy moved to Canada by himself five years ago, at 18 years old, to open a new chapter in his life and achieve his dreams that in the past didn’t seem like they’d become a reality. He only knew one person in his new home which was a challenge.

After high school he attended Carleton University where he studied Communication Engineering but his time as an engineering student didn’t last too long.

“As soon as I graduated high school I had a chance to study at Carleton University for Communication engineering. I took it right away. My father already was on board and knew that Ottawa will be the land of opportunities where my creativity can go wild.”

He switched to business where he found himself.

“This is when I started doing my own moves and wanting to impact people in some way,” Guy recalls.

His moves included working on his art. He would create art in his apartment for his eyes only and would hang on the wall. A year later his canvas changed to Snapchat.

Guy was one of the early adopters. Snapchat launched in July 2011 and Hobeika launched his @guyhobeika account in Lebanon in 2012. What started out as a hobby became an opportunity to impact people and spread happiness.

“I thought there’s more to this world than just going to school, getting a job and pay your taxes. I did not want to follow these rules, I wanted to do my own thing, and be different. Once you start thinking that way a lot will change for you, just having a different mindset and mentality than everybody else, you will start seeing life in the lenses of opportunity. Trust me on that.”

Guy Hobeika is all about breaking rules.

“I started noticing that people on social media try the best they can to look perfect and want to be skinny and fit and all that type of stuff. So one afternoon, after having lunch I drew myself as a little cartoon pig on Snapchat. It was the first time I drew something on the platform and it was this. I had like 100 of my friends following me on the app and maybe 5 of them hated it but the rest gave me so much positive feedback. The day after I drew myself as Buzzlightyear the cartoon character; more positive feedback. I started doing drawings everyday on the app, always something new, till one day I drew a giraffe smashing the ceiling of my living room. This was the day that my Snapchat career started.”

That led to a feature on Buzzfeed and the rest is history. Soon the big brands took notice- Coca Cola, UPS, A&W and Entrepreneur Magazine.

For Hobeika, 2017 has been his biggest year yet. This summer he partnered with RBC Bluesfest, meeting some of my favourite artists, like Lil’ Yatchy, Fetty Wap, and DJ Mustard, backstage. He also inspired 3000 of his dedicated fans to join him in taking cold showers for the month of August.

Reflecting on his journey to Snapchat influencer, Guy said, “It’s crazy to think when I first started my account I used to have 80 views on my snaps, and now more than 50,000 people. I never imagined myself finding a career on Snapchat, or that my drawings will impact so many people. It’s crazy how life works.”

Despite his success, Guy Hobeika doesn’t show any signs of slowing down. Aside from continuing to create content for his still growing Snapchat audience, he’s focused on expanding his platform to YouTube. He recently launched his Guy&Jeff YouTube channel along with his friend and partner Jeff Alves. Still looking to spread happiness, the channel is dedicated to funny videos and pranks. In two months their videos have already garnered 113,000 views.

Similar to other content creators coming out of the nation’s capital, his ultimate goal is to move to Los Angeles in the not too distant future.

Wherever he ends up, Guy Hobeika is a name to be remembered.