Throughout all the local hip-hop shows at Bluesfest one thing was consistent- Rita Carter. She was the unofficial cheerleader for local acts. I saw her at all but one show and that was only because her show was happening immediately after.

At one of the shows I was introduced to Aspects, her sometimes collaborator who she would be performing with at Bluesfest. With his baseball cap low over his eyes, his many tattoos, and his name, I totally profiled him and assumed he was just a rapper. He ended up being a lot more.

Fast forward to their show at the Barney Danson Theatre at the Canadian War Museum. After a few minutes I looked around and saw middle aged white people, some in cowboy hats. I thought to myself, “I can’t be in the right place” so I went back to the desk outside the theatre and asked if I was in the right place. I was. Soon a few hip-hop artists entered, letting me know I was, in fact, in the right place and the show started.

Aspects entered looking smooth- black shades, a retro looking guitar, and what looked like a light pink cotton shirt and white pants. He started playing and what came out wasn’t what I expected. He played an acoustic solo; a cover of Robert Cray’s It Takes Two. 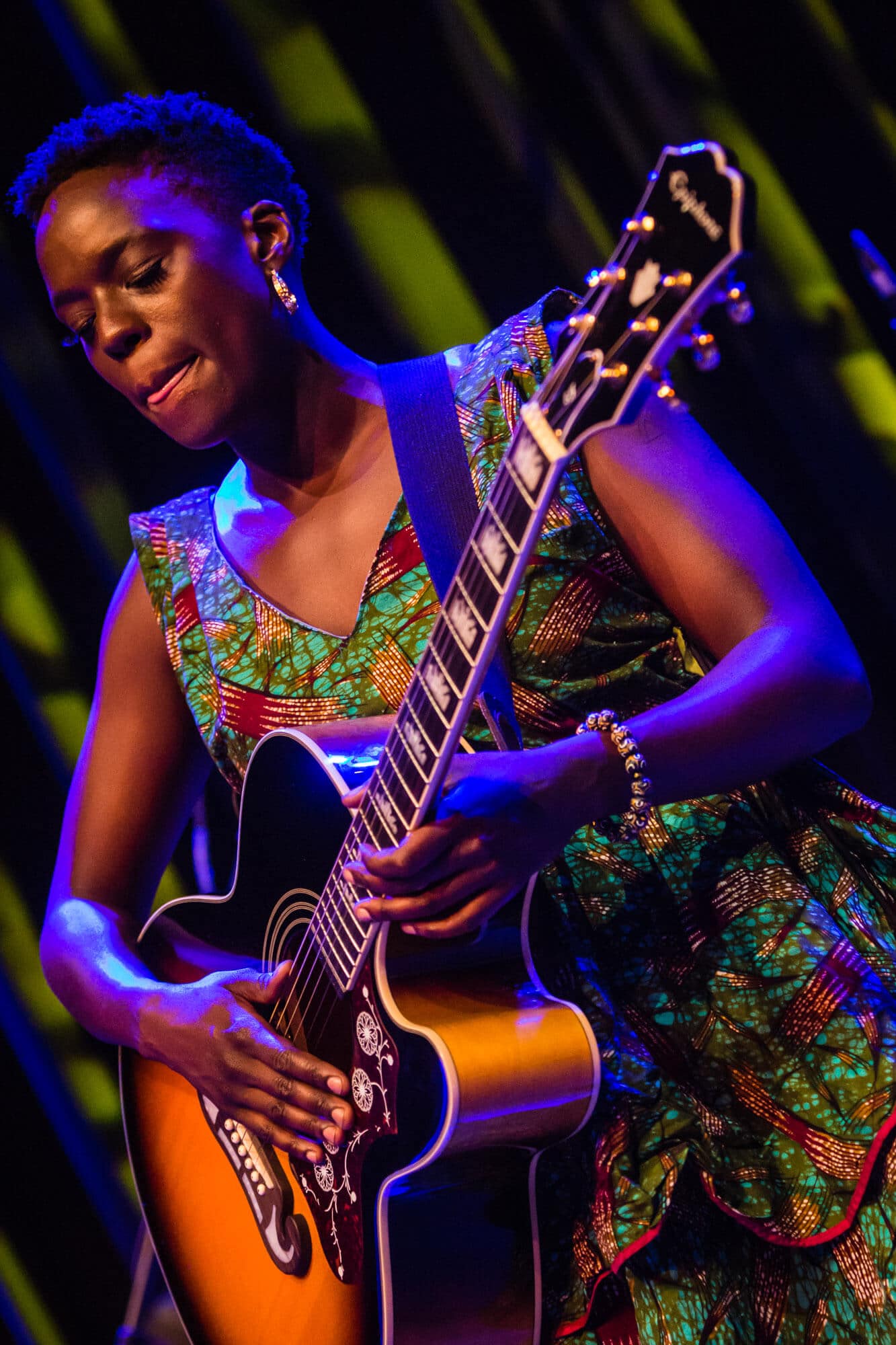 They followed that with Mercy, a southern gospel song you’d expect from the Gaithers. It featured Rita Carter on acoustic guitar, and we even got to see her rap. It’s this fusion that explained the crowd. Aspects and Rita Carter were able to get country, rock and hip-hop fans to sit in the same concert; not many artists can do that. This eclectic mix of styles was also seen on Locked Up. Aspects introduced the song telling the crowd, “You don’t have to be locked up to be doing time. We all get locked up in our minds”. It had a bit of a Carlos Santana feel to it and featured Aspects rapping this time. After hearing Locked Up, it was clear there’s no way to define their style. You get so many different styles in one set, and even in one song.

One moment they were doing country on The Road, then they got beautiful and soulful on Unlearn and Lonely World, and followed that up with some Reggae vibes on Highs and Lows, which featured a freestyle from Aspects which Rita playfully tried to follow with her own freestyle. I’m sure she gets a lot of Lauryn Hill comparisons and I saw that on this song.

They also weren’t afraid to talk about some controversial issues with Shot Another Down which I assume is talking about black men being killed by the police. Rita had her fist raised in the air as she sang the words to the song. Being in a predominantly white room, I felt a little nervous and kept looking around the room at people’s reactions. One guy walked out, but perhaps he needed to powder his nose.

Aside from Aspects and Carter the other star of the show was the musicianship. There were a few great moments like when the violin, which was somehow made to sound like an electric guitar, made an appearance on Handle That, or when Aspects and Rita Carter would jam together on stage. It was interesting to see an all black band on stage. It’s only when I saw it on stage that I realized how rare this is, especially in Canada. When’s the last time you saw a black guy playing electric guitar, or a black woman playing the violin?

Actually, there was one more star. Who can forget Aspects’ daughter Illiyah who sang a cover of Whitney Houston/Dolly Parton’s I Will Always Love You. She’s a natural performer and it’s obvious she loves being on stage. I wouldn’t be surprised if she one day made an appearance at Bluesfest herself.

The show was pretty much flawless in my opinion. There was nothing I could see with my own eyes that would’ve made the show better. The great performance was made even better by a great venue. Whereas other artists performed outdoors at the Black Sheep stage, the Barney Danson Theatre was an intimate venue that allowed us to focus on what was happening on stage and connect with Aspects and Rita Carter in a personal way. There was no need to really “perform”; this was more like a family gathering and I was happy to be invited.