Last night, 40, Oli and a other members of OVO posted the cover art for a new project letting us know the 6 God was about to drop something. Drake later confirmed the project was on its way. What we got at midnight was a new mixtape called Dark Lane Demo Tapes.

This project is a breath of fresh air after the 25-song Scorpion that was chalked full of commercial hits, from “God’s Plan” to “In My Feelings” and “Nice For What”, as well as a lot of filler that should have been left on the cutting room floor. Although it includes the TikTok hit “Toosie Slide”, this project is different. Mixtapes were never about making hits. They were about allowing the artist the freedom to showcase their arsenal of talents without having the label pressures of selling records. It took hip-hop back to the street corner where rhyming was more of a sport and artform than a business.

As the biggest commercial artist in the history of music, Drake is still seen by many as nothing more than a hitmaker, often left out of debates surrounding the best lyricists in the game, both today and all time. On Dark Lane Demo Tapes reminds right out the gate why he is still one of the best lyricists in hip-hop on “Deep Pockets”, and again on “When To Say When” and “Losses”.

When it comes to production, it doesn’t take a trained ear to notice that on this tape we are hearing Drake rapping over different kinds of beats than we are used to. Evidence of Drake’s experimentation and deviation from his usual hitmaking formula can be found in the producers he worked with on this project. Absent are names like Boi1da, Murda Beatz and Partynextdoor. Instead we find names like Pi’erre Bourne and JB Made It. 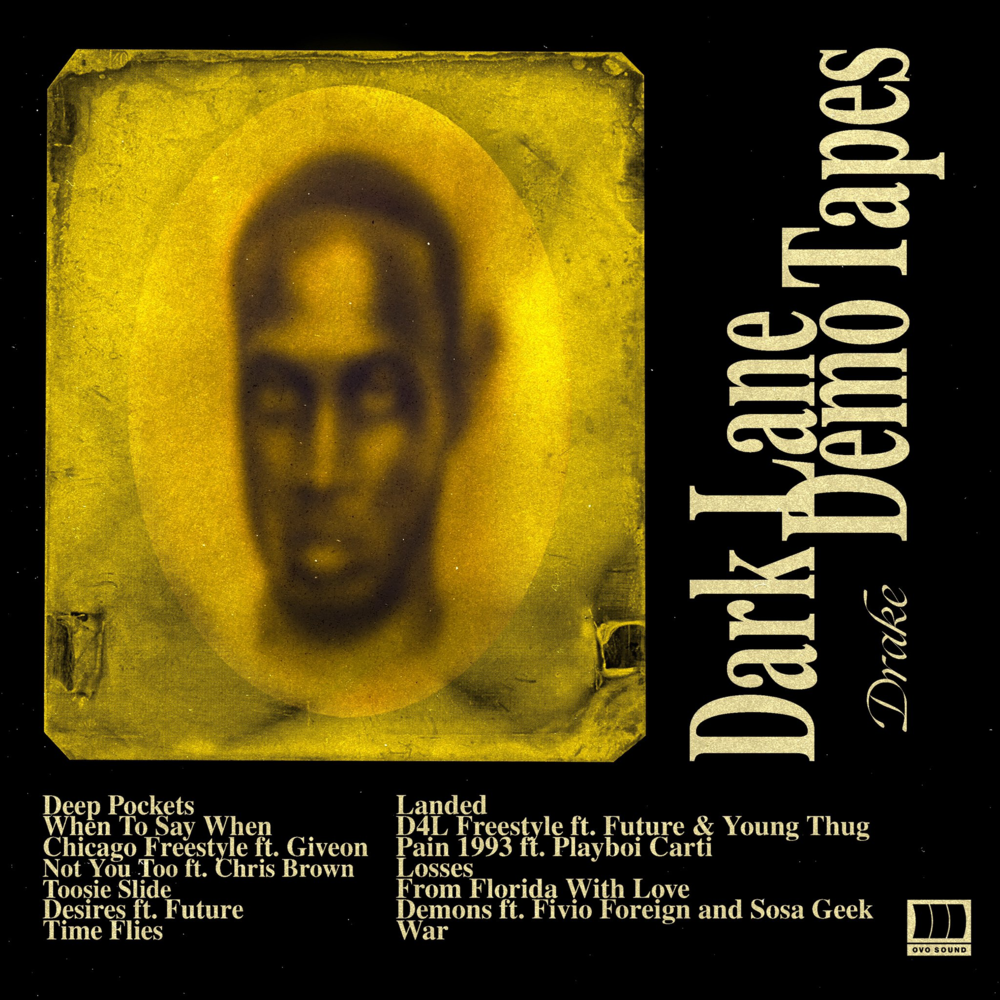 When it comes to features, we obviously get the usual suspects of Future and Chris Brown, but the standout feature was Fivio Foreign. Drake always has his finger on the pulse of hip-hop and he loves the challenge of expressing himself in different genres, from hip-hop and R&B to Afro Beats and Grime, so we knew it was only a matter of time before he jumped on the Brooklyn drill sound. He ends up doing the JB Made It produced beat justice, leaving you to wish you got at least one Drake and Pop Smoke track before the Brooklyn rapper was killed.

While the project is less than a day old, some have dared to call Drake the GOAT after this release and it is now time to admit those claims are not far off. While Drake will probably never surpass the legacy of Biggie Smalls and many still regard Jay-Z as the greatest of all time, no artist in the history of music has explored the number of genres and sub-genres of Black music Drake has (many of which he includes on this tape), and sustained it at the level he has over his career.

That’s exactly what Dark Lane Demo Tapes is about. After the release of the visuals for “When to Say When & Chicago Freestyle”, some commentators said the use of Jay-Z’s “Song Cry” sample and him showing up in the Marcy projects was a legacy play. What we know about Drake and his team is that everything they do is calculated. With this project Drake is putting to rest any debates about his place in the game.

Although Drake plans to drop a new album this Summer and may very well return to form as a commercial hitmaker, alongside Tory Lanez’ The New Toronto 3, Dark Lane Demo Tapes may very well swing the pendulum back towards lyricism in hip-hop, or at least lead to a greater appreciation for the artform. At least we can hope.