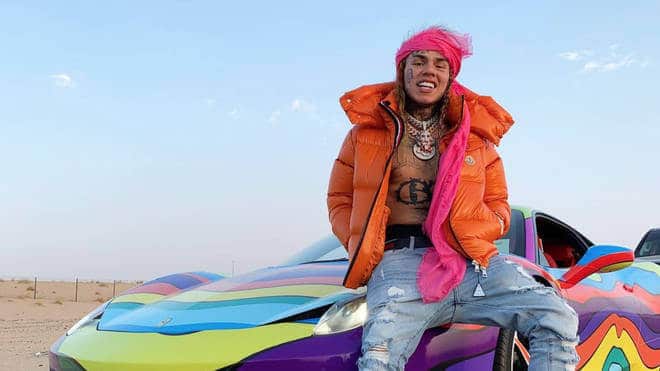 Earlier this week, the long-awaited debut solo album from 6ix9ine, Dummy Boy, was leaked and the internet was buzzing. Ironically, the first song you hear on the album is titled STOOPID. And it features Bobbi Smurda. I swear to God.

6ix9ine is in desperate need of a W right now. The controversial New York rapper has been going through a lot lately. The Nine Trey Gang has turned on him, the FBI is literally “testing his gangsta” in court on racketeering charges, he might be locked up until his hearing in 2019, and then the album leak costing him a significant pay cheque (well, 6ix9nine went on to officially release Dummy Boy). Our thoughts and prayers are with Daniel Hernandez’s family as they navigate through what must be a very difficult time.

Now is this album going to turn 6ix9ine’s luck around or will it add to the list of L’s the dummy boy has been accumulating lately?

As skeptical as many of us were, Dummy Boy ended up being a welcomed surprise on many levels. For starters, the production on Dummy Boy is astonishing. It’s not at Astroworld levels of course, but it’s still quite enjoyable and covers a wide spectrum of sounds and genres. That being said, as diverse as the vibe on Dummy Boy is, it doesn’t follow any specific structure. While the non sequitur track order made for a fun and almost psychedelic like journey as on XXXTentacion’s “?” album, it just made Dummy Boy sound incoherent.

But the features on the project are quite stellar with surprise appearances from the likes of Kanye West, Tory Lanez and of course Nicki Minaj (who took a few subliminal jabs at Cardi B on MAMA). Each feature actually elevated the album. Also of note is the creative (and also humorous) approach 6ix9ine and his guests took when it came incorporating the catchphrase “IT’S F#%& TREYWAY” and the fact that it can no longer be uttered.

Of course, please don’t expect any dope bars (no pun intended) and deep metaphors. The album is called  Dummy Boy for a reason. The cover art is a drawing of a kid with coloured hair pissing liquid rainbow on the ground.  As such, you should have a general idea of what you’re getting into.