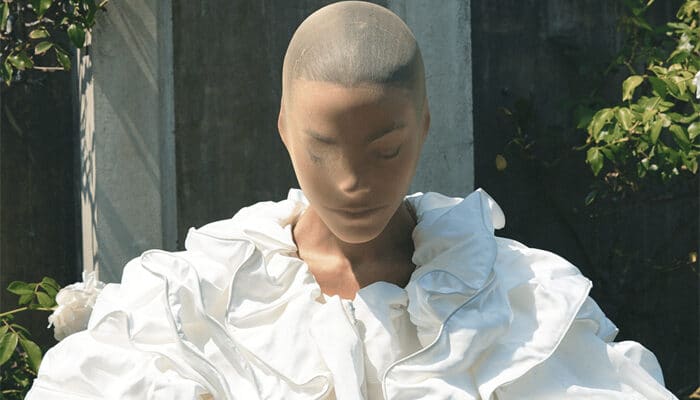 After travelling the world and dropping music with some of the biggest artists in the world, Toronto native and international DJ/producer, Eva Shaw, has released her highly anticipated debut album SOLO. The ambitious 27-track project features 30 artists from all over the world, including Toronto artists Pressa, Kofi, Swaggerite, DillanPonders, Yung Tory, Jazz Cartier and Clairmont The Second, Ottawa artists City Fidelia and Lindasson, blazing hot Vancouver artist Boslen, and go-to collaborator Db Bantino.

The release, which already has millions of streams, adds to her growing list of accomplishments, including being recognized as a Billboard Dance #1 charting artist and collaborating with megastars like Shaggy, Wyclef Jean, Rihanna, Ludacris, Fifth Harmony, David Guetta and more.

“After a couple of difficult years hustling in New York, trying to get my career moving, it finally started gaining traction just prior to the pandemic”, Shaw explains. “Then in March 2020 everything stopped. I would have normally been incredibly stressed out but I didn’t have time to think about my career because I got extremely sick. I was out for months and although it was a scary and an uncertain time, I now consider it a blessing. It forced me to take a step back and re-assess the direction I was going in my life and career. I wanted to figure out exactly what my sound was going to be and define how I will make my mark on the entertainment industry…’Solo’ is truly my starting point…an accumulation of everything I’ve learned so far, and it’s also the beginning of a new chapter.”

The album explores a variety of tempos and styles within hip-hop. Aside from previously released singles “EASTERISLAND” and “OUTSIDE”, there’s “RAQX”, “TOWNHOUSES” and the piano laden banger “BUST DOWN” that give us a healthy dose of bounce. There’s the melodic “MIDNIGHT STRANGERS”, “GANG” and “HENNESSY”, as well as the radio ready “24 HRS” featuring Db Bantino. And of course what would an Eva Shaw debut album be without some dance music as she goes back to her roots on “Juice” featuring DillaPonders.

The first thing that is clear about this project is that Shaw had fun making it. It comes across in the sound and the features. She noted that she wasn’t thinking about radio or playlists when making the album and that is evident. The album also feels very personal as though she made it first and foremost for herself and then for the masses. She has gone through a journey of self-discovery and this album is her coming out party. Lastly, with the project, Shaw has found a way to give us modern hip-hop production that sounds familiar, while still having a style that is all her own. Simply put, Eva Shaw doesn’t sound like anyone else. In an era of rushed debuts from popular yet underdeveloped artists, Shaw’s long-awaited album is a welcomed breath of fresh air.

SOLO is available on all major streaming platforms. Tap the header above to check it out.