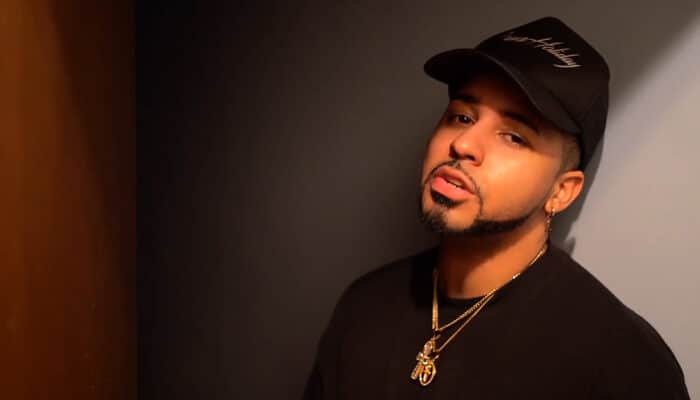 Tamara Condie takes a look at the new Fame Holiday single “What A Year”, an inspirational anthem for those battling mental health.

One of the most harmful aspects of mental health and substance abuse is the silence within which it is cloaked. This is something that award-winning Mississauga rapper, Fame Holiday, has been striving to destigmatize by creating an anthology of tracks that tell relevant and raw stories. The newest chapter in his mental health awareness journey is “What a Year,” Holiday’s newest single, which chronicles a young man combatting depression, loneliness and their associated vice: substance abuse.

The Mississauga-based rapper has blazed the trail in hip-hop yet again by leveraging his platform and poetic rap style to lead the conversation in conscious topics. Fresh off his recent appearance on CTV, this new tune takes a tasteful melodic and anecdotal spin on some of the issues and beats unique to Holiday’s hometown upbringing–the hypnotic and flickering synths incorporated in “What a Year” establish a somber tone to remind listeners that sometimes, it is okay not to be okay.

Holiday has stopped at nothing in his mission to take his place in the rap game since gaining steam in 2018. Some of his biggest career milestones include selling out the Phoenix Concert Theatre, being featured on Flow 93.5, and opening for multi-platinum artist Rich Homie Quan. Holiday also makes a concerted effort to authentically represent O.S.O.T (the other side of Toronto), and has accumulated hundreds of thousands of streams on music platforms through his raw talent, work ethic and dedication. But for Holiday all the success serves a greater purpose.

“I believe having a platform and the opportunity to shine light on struggles in our lives is a gift. Together we are stronger,” says Holiday.

This new release is a true work of art–it is accompanied by a music video, directed by TakenbyPDM in a short film style, and produced by BeatsByFelix to give it that eerie undertone.

The story begins with a high school couple discussing a party they were invited to, and chronicles the woes the lead character experiences after being betrayed by his girlfriend and consequently bullied by his peers. To mute the noise and ease the pain of his situation, the main character dabbles in drug abuse and ends up striking a woman with his car on his way home to his toxic household. There, he consumes more pills to send himself further down the rabbit hole of emotional numbness. The video is aimed at high school students to provide a snapshot of the detrimental effects that substance abuse and bullying have on the youth of Toronto.

The video closes out with a powerful line on internalizing our mental health struggles: “We often feel alone, not wanting to be judged by others due to what we’re going through. Unfortunately a lot of us hold everything in, but we all have a breaking point.”

Holiday teamed up with the Centre for Addiction and Mental Health (CAMH) in Toronto to not only shed light on the darkness of mental health, but also to offer solutions in the form of community outreach for youth battling internal struggles. This project is only in its early stages–Holiday is planning to launch a high school campaign to provide students with an interactive educational experience on coping with mental health woes.

According to the Government of Canada, one in three Canadians struggled with mental health issues in 2020, which adds up to about 9.1 million people. If you or someone you know is thinking about suicide, help is available – you can call the Canada Suicide Prevention Service at 1-833-456-4566 to receive help.