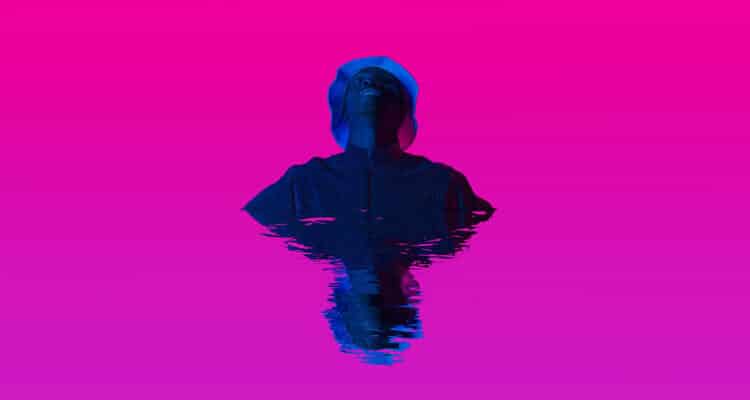 On the heels of their summer smash “Between The Groove”, which landed them on CityTV Toronto’s Breakfast Televsion and CTV’s The Marilyn Denis show and etalk (the latter calling it “the song of the summer”), Vancouver duo IAMTHELIVING x Teon Gibbs are back with visuals for their follow-up collaborative single, “Puppa”. Released in late September, the track has over 53K streams and counting on Spotify.

With crisp lighting, pops of colour, and an all out dance party, the Sterling Larose directed video is a throwback to simpler times when we were just focused on having fun.

“We really tried to create a video reminiscent of the early 2000’s; think of the old Apple advertisements or a Justin Timberlake music video”, Gibbs told SHIFTER.

“Too often people try to create narrative videos, and then hip-hop is a trend to follow – the Hennessey, cars and apartment style video. We just wanted to create something fun and vibrant that felt like the club and felt like a really good time. It’s really eye-catching, and because it doesn’t look like other videos, we hope it stands out.”

Although the pair have been plugging away at their respective careers for years, their newfound national and international success may very well be attributed to their years abroad and the different sounds they’ve been exposed to along the way. Gibbs spent time in his native Botswana, as well as South Africa, Angola, and the U.K. before settling in Vancouver, while IAMTHELIVING came to Vancouver by way of Peckham in South East London. Together they ‘re exploring a brand new sound, and having fun doing it, but for them it’s all about bringing people together.

“We decided to join forces to create tracks that would make people want to dance – get lost in the groove (no pun intended) – and bring people together. We feel that our music is going to do exactly that. As individual artists, our sound is much different from this track and it’s not typically what we’re known for. We’re fans of this sound and think it shows our versatility”, the pair explain.

“There needs to be more cross-genre collaborations in Vancouver; more Black voices uniting and creating music together. To be real. We just need more positive energy to get us through these crazy times!”

Click the header image above to check out the video for “Puppa”.

FROM BARS TO BANGERS, VANCOUVER’S TEON GIBBS DOES IT ALL