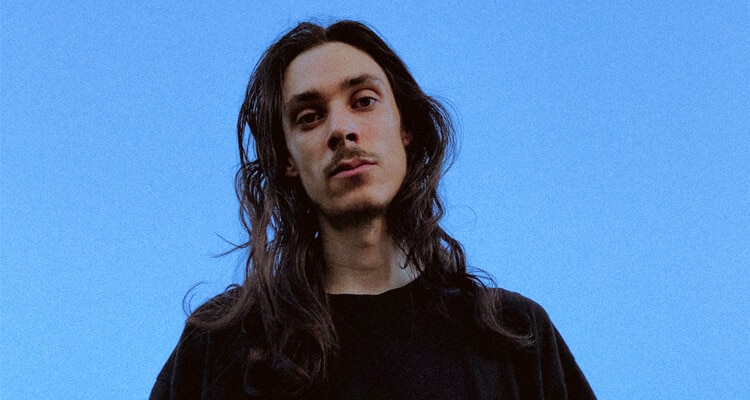 On the heels of the release of his debut EP Lubalin EP, Montreal-based singer-songwriter and Tiktok phenom Lubalin is back with his new single “Long txts”. The song is a sort of commentary about our lack of authentic communication today  – sending long texts instead of just talking – and how we’ve overcomplicated things as a result.

“Sometimes we try to simplify complicated things, and in the end, it only makes them more complicated. Like trying to be efficient and sending a quick text when really it should be a whole conversation”, Lubalin explains. “Or when someone says ‘I love you’ for the first time, and you say it back, not because you mean it, but because it’s easier than dealing with the repercussions of not saying it back. It’s simpler, easier this way. But you can only hide from the truth for so long. At some point, you’re gonna have to reap what you’ve sown…”

Lubalin rose to fame on Tik Tok by transforming hostile exchanges he saw on Facebook into songs. In just a few days, he went from 400 to over 350K followers on Instagram and from 5,000 to over 1.8 million subscribers on TikTok. His videos have been shared by media outlets all over the world, including France, India, Mexico, Germany or England, the United States, and his native Canada. Lubalin is the latest addition to a growing list of Canadian artists leveraging the fast growing content creation platform to build a fanbase and distribute their music.

On his latest single, the self-taught creator and artist, who writes, composes, produces and records all of his own music, fuses R&B and pop music, displaying his ear for experimenting with different sounds and harmonies.

Fortunately, fans won’t have to wait too long for more music. Lubalin has a series of new releases, including EPs, singles and videos, in the pipeline for 2021.

“Long txts” is available on all major streaming platforms.