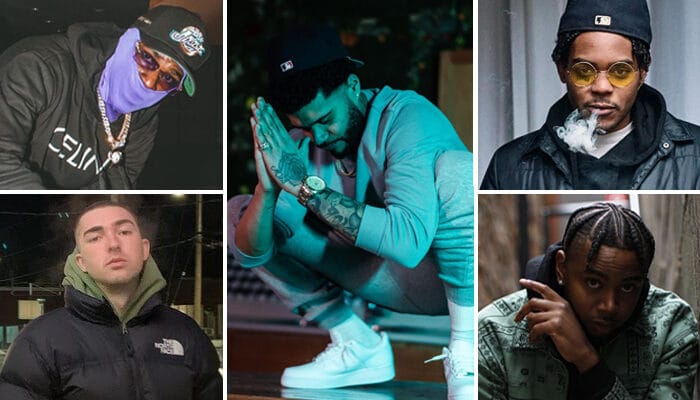 While Toronto has produced its share of hip-hop superstars, other Canadian cities are bubbling with young talent. Here are five up and coming Nova Scotian hip-hop artists Canada should know about.

Earlier this year, Nova Scotia based DJs, DJ Topkat and Reeloud, released their Skotian Smoke mixtape featuring some of their provinces up and coming hip-hop artists, from Halifax to Digby. While names like Classified and Quake Matthews are names we would typically associate with Nova Scotian hip-hop, there’s a new crop of artists looking to make a name for themselves.

For Topkat, who appeared on our Top 20 Canadian DJs You Need To Know list, this mixtape is about providing some well-needed infrastructure and support to an underground scene that really needed it.

“As DJs, Reeloud and myself were looking for the top local hip hop artiste were in the city (Halifax)”, DJ Topkat told SHIFTER. “The answers were never consistent and there wasn’t really an infrastructure for underground hip-hop artists to showcase apart from the odd show here or there. We realized that a mixtape of underground local talent was needed, at least to keep the music out there so that some of these great songs didn’t fade away as quickly, or even just to motivate younger artists to consistently put out good quality music.”

They got the idea for the mixtape five years ago, but they couldn’t find enough songs to include on the tape so they put on the backburner for a while.

“During the pandemic we noticed a surge in talent, especially among the youth, almost like a golden generation, kind of like a renaissance, and decided that now was the time to bring Scotian hip-hop to the table in this form this Mixtape. Hopefully this inspires the next Drake, Tory Lanez or Even Haviah Mighty from the East Cost.”

Canada has indeed done a poor job of recognizing hip-hop talent outside of Toronto, but projects like Skotian Smoke are a step in the right direction. The tape featured a number of artists, but there were a few who stood out.

Here are five Scotian hip-hop artists Canada needs to know about based on the Skotian Smoke mixtape.

Sydrell is featured twice with “Two” and “Face Broke” on the tape. He’s nice with the melodies and has a similar style to Toronto artist Young Smoke. He has a polished, radio-ready sound; the kind that can win over fans and the industry. He’s definitely an artist to look out for.

Koda also has two songs on Skotian Smoke. The tape opens with “Frozen” where Koda shows off his strong vocals.

It’s also clear that this is an artist who enjoys writing and writes from the heart. You can hear the emotion in his delivery. He has something to say.

I like Luke Berryman. His vocals are so effortless yet on point. He has a good tone as we hear on “Sophia Freestyle”. He also self-produces his music, blending hip-hop and alternative music.

Artists who start out as high level athletes tend to translate well to music because they’re competitive and disciplined, and know what it takes to grind and excel at a high level. Berryman looks driven and hungry. Watch out for him.

Digby, Nova Scotia’s Hatfield is an artist with real potential. Listening to his track “TAX”, he has the kind of sound that could catch on and develop a fanbase. Listening to his discography, he’s also versatile. He can give you bars and nice flows, but he can also give you strong vocals.

He dropped an album earlier this year called pushin Perry Cline. The big track on the project is “G1MM1CK” where he shows off his Big Sean-esque flow and tone. Fire.

Rounding out the list is JUL90US. He has two songs on the mixtape, but “Step Out” is where he really shows what he’s capable of. He has a really good voice and good flow to his delivery. With his sound, if you put him in the right rooms with the right people he could really make some noise in the industry.

To check out the full Skotian Smoke mixtape visit mixcloud.com.