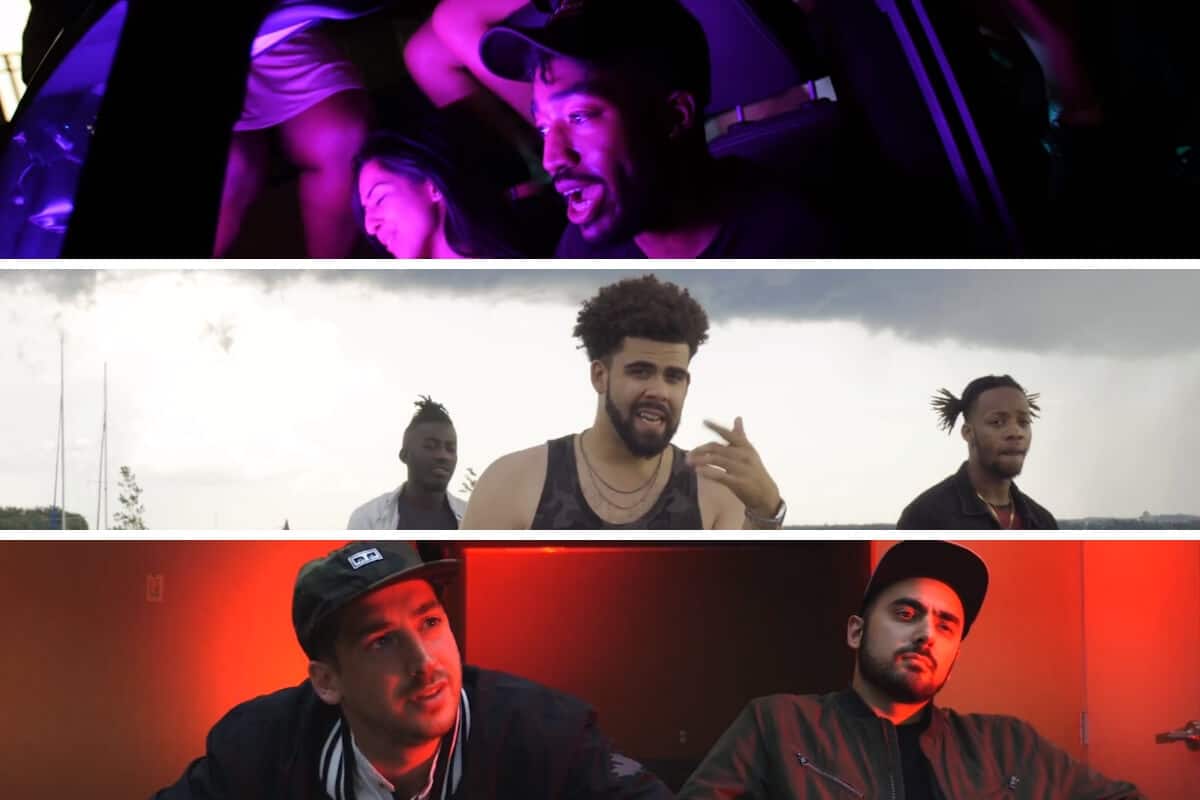 September saw a number of Ottawa artists releasing new music videos, including Chaz Dean, Buck-N-Nice, Hevve, J Chinnasz, SVLM, and BLikeBrett. Here’s our Ottawa music video roundup for September according to release date. Let us know in the comments if there are any videos we forgot.

The video for SVLM’s Day Dreaming is the most recent addition to the Ottawa music video landscape, having been released this morning.

We were playing this track on repeat when it first came out so we’re excited to finally get some visuals. It’s mostly set in a desert. You don’t get any clear shots of SVLM, but it’s cool enough to make us wonder, “How’d they do that?”

J Chinnasz rides around Ottawa in a Mercedes and walks along the Rideau Canal, but the star of this video is J Chinnasz’s dance moves.

This is the music video for the title track of Buck-N-Nice’s latest album EMAG, which we recently had the pleasure of reviewing. Directed by Patrick Lozinski, this is the most cinematic video on the list. It includes kidnapping, hiding evidence, and even a skit. Buck-N-Nice have been putting out dope videos for years and EMAG is no different.

This is a recent addition to our Ottawa music video roundup for September. Shapeshifter by Lions Leading Sheep is the only rock video on our list and is the second single off of their debut album “Echoes and Anchors”. It has garnered over 10,000 views so far and we can see why. It now holds the crown for the most cinematic video on our list.

BLikeBrett is one of the hardest working up and coming Ottawa artists. After opening for Fetty Wap and Lil’ Windex, here he is with a video for Make It Rain, one of the recent additions to our Capital Essentials playlist. In this video we find him with his boys on a rooftop along Rideau Street in downtown Ottawa. This is also the first music video we’ve actually seen from Taj Palmer. We’re familiar with his photography, but it’s good to see him branch out into videos.

This is one of our favourite songs right now at SHIFTER and another recent addition to our Capital Essentials playlist. We’ve been playing this track on repeat. When it comes to the video, Chaz Dean’s contagious smile and the party sequence make for a fun video. Chaz, next time you’re having a party please invite us.

We updated our September music video roundup with this track and if you give it a listen you’ll see why. It’s one of the best bangers to come out of Ottawa this year and another recent addition to our Capital Essentials playlist.

This is the second video on our list directed by Michael Steele and they both happened to drop the same day (perhaps not coincidentally). New Year is the debut music video for Jay Honest, and he’s been having quite the debut racking up over 150,000 views so far on YouTube and a shout out from Sean Kingston. When SHIFTER asked him about his big debut he said, “Fuck. Not what I expected…but I do everything myself. All I do is work. It’s bound to pay off one day”.

This has a nice Summer vibe set on the riverfront in Gatineau, Quebec. You have the beach, girls, and Hevve’s crew. The song is different than what we expect from Hevve- no rapping, just vocals. SHIFTER was in the studio when Quest put the final touches on this track so it’s cool to finally see the visuals.