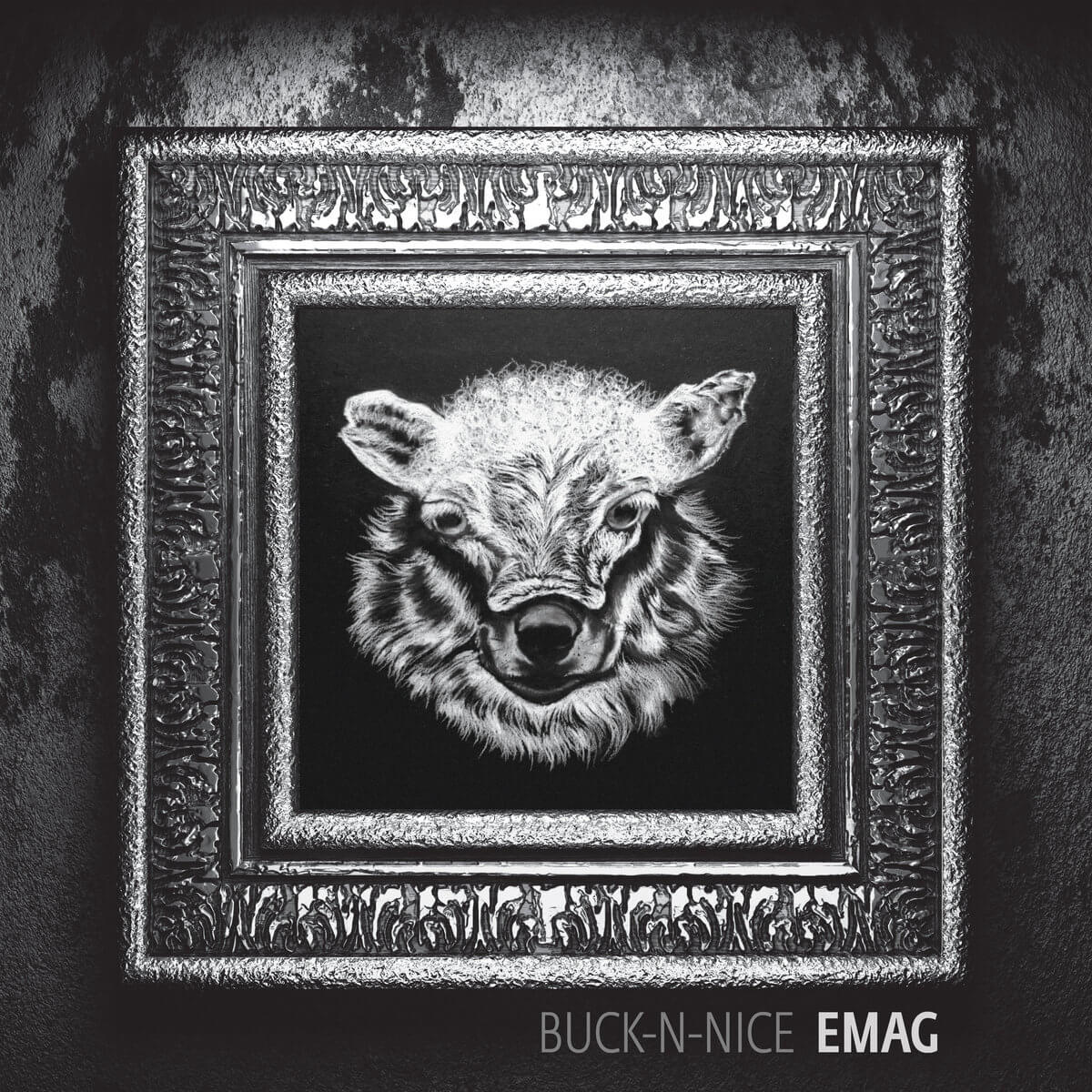 After moving to Ottawa from Toronto many years ago, I scanned the Ottawa hip-hop scene to see what was going on. There wasn’t much, but one act caught my eye- Buck-N-Nice. They really had their shit together. Not only was their music good, but they had what looked like a tight operation- music videos, well-designed merch. These guys were serious. You could tell they were hustling and grinding. It’s one thing to be a fan of someone’s music, but it’s another thing to be a fan of someone’s hustle.

Fast forward to 2018, Buck-N-Nice are still grinding, releasing their sophomore project EMAG, or GAME backwards. Buck-N-Nice recently told Ottawa music website Ottawa Showbox, “After getting our feet wet with our debut album, we learned from the inside out how backwards the industry is. It’s a machine filled with appropriation, shortcuts to success and all-around deception. This is the theme of EMAG, an album titled so because the GAME is backwards.”

With a marketplace that’s more about trap and bangers, it’s easy to wonder whether this album would resonate. Well, if the “Buck-N-Nice is dope!” reactions from our younger team members at SHIFTER are any indication, there’s nothing to worry about.

EMAG – After the opening skit, we get into the title track, EMAG. This song is intense. It has Madden or NBA 2K written all over it. The hook reminds me of a 50 Cent/G-Unit hook. One of our team members was at the gym working out to this song and it had him adding more and more plates. This is the kind of music you listen to to push yourself to do anything.

Try Me – The hook is packed with a good, yet practical message. “Never make a promise when you’re happy, or a decision when you’re mad”. The piano sample reminds me of a classic hip-hop song, but the name escapes me right now. There’s a bit of Dr. Dre in there with that high pitched synth horn sound.

One Yourself – Is this an Ottawa diss track? Somebody pissed off Sawbuck. “How you hating? You used to want to collaborate. Now you suddenly have a change of heart because you had to wait?” and then later “I’ll play Cam and you play Pastor Mase”. Damn. At some points it sounds like it’s directed at someone specific and at other times it sounds like it’s directed towards the critics who’ve been passing judgment on him (I better tread lightly with my review). Prufrock from Missing LinX makes an appearance with some patois.

Time – Between Sawbuck’s flow and the beat, it sounds like something from Drake’s AM/PM series. Nice, chill beat. This is some of Sawbuck’s best verses on the whole album.

Leader – Some boom bap with a bit of a Grindin’ influence on the beat. Again, the hook sounds like a 50 Cent hook. Very good message about being a leader and not caring what other people think of you.

Care Less – At first the song seems underwhelming, but if you listen closely to the beat, it’s hard. It’s so simple you might miss how nice it is. To be honest, I don’t think they fully did the beat justice. More could’ve been done with it. When the beat rides at the end it gets all trippy and you hear the potential of this beat. Crazy.

Killin Em – This beat is nasty. Classic. It had me doing the “stink face” and bobbing my head in public. The base is crazy. If you have nice speakers in your car, this is the song you blast in your car when you’re riding down Rideau Street or Yonge Street. “Balenciaga’s not good enough. Moschino kicks not good enough…Slow down Buck, you’re kill ’em”. Hard. One of my favourites on the album.

Forty Winks – Forty Winks features Freddy Printz, one of Ottawa’s best rappers, and Whitney Delion from Sound of Lions, a group I followed pretty heavily a few years ago. It’s a different sound than what we’re used to from Buck-N-Nice. Great verse from Freddy Printz. It’s not one of the best songs on the album, but Buck-N-Nice should be commended for not sticking to a formula and getting creative.

Le Coeur – This rivals Killin Em for best beat on the album. Sounds like they sampled a harpsichord. It’s not as complete of a song as Killin Em, but Cheko Salaam from Missing LinX and Tapas shines on this one.

Nobody – Nobody features nice wordplay from Sawbuck, especially on the first verse. I hate to say it again, but the hook sounds like a 50 Cent hook. It really works for them though. If it ain’t broke don’t fix it.

Ocean or Shallow End – This one features Bender and Patience, also known as Flight Distance. It was my first time hearing Bender rap since he past away earlier this year. It opens with a smooth saxophone solo and orchestra with someone playfully singing over top of it. It sounds like you could be a soap opera intro. The contrast of the hard drum beat and the smooth saxophone and violins on top is amazing. By the time the hook kicks in there’s so many layers to the beat. It doesn’t sound messy, but you have to go back and listen to pick up on all the sounds. As a composition, this beat might just be the best beat on the album. Whoever produced this is a genius. The first time through I didn’t even listen to the lyrics, I was just taking in the music. As MC’s, Sawbuck, Bender and Patience all flow perfectly on this beat. The hook is very poetic. “Where does the silhouette start and the shadow end? How deep are you in, deep end or shallow end?” It really is a perfect song.

Real Ones, Pt. 1 – Nice, simple piano intro, followed by a hard ass beat. They veer away from their typical boom bap sound, this time successfully, showing their versatility.

Real Ones, Pt. 2 – It’s supposed to be part two of the previous track, although there’s not much continuity between the two. Although it’s not one of the best songs on the album, it again shows off their versatility sonically and features good vocals from Dee Ghabrial, and a message surrounding contemplating suicide.

Same Old Same – Great song. This song is music video worthy. It has a nice duet between Sawback and Dee Ghabrial on the hook. It might be the closest thing to a mainstream song on the album.

Sawbuck and DJ So Nice make a good duo. They have a timeless and classic sound and the level of lyricism is on par with the level of production. When it comes to EMAG, it’s the kind of album you have to listen to a few times to fully digest and appreciate it. Out of the fifteen tracks (minus the skits) there were only four songs that either weren’t for me or were “okay”; the rest were very good to great. And if you’re into Ottawa music, the features on this album, including Prufrock, Freddy Printz, Cheko Salam, Flight Distance and Whitney Delion, are a nice treat as well.